David’s Sling anti-missile system – an advanced Israeli interceptor missile that was launched last year in response to Syrian rocket fire is in the possession of Russia and the Syrian defence Forces according to a Chinese news site. 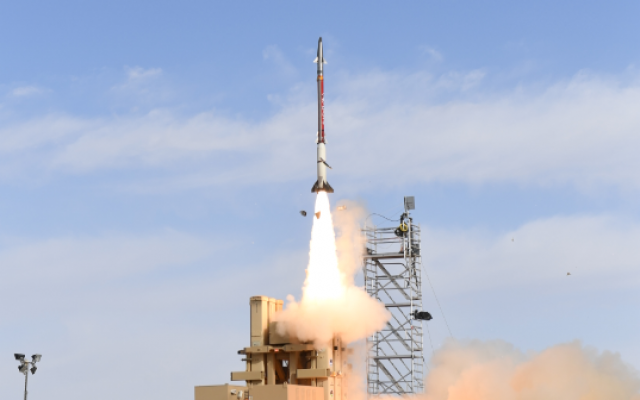 David’s Sling anti-missile system was declared operational in April 2017, was developed in a joint project by the Israel Missile Defense Organization and the US Defense Department’s Missile Defense Agency. It is meant to replace the Patriot missiles in Israel’s arsenal.

The two interceptors from the David Sling’s anti-missile system were fired in July 2018 at rockets launched from Syria that seemed to be heading toward Israel but ultimately landed inside Syrian territory.

The David Sling’s anti-missile system did not strike the Syrian missiles: one was self-detonated by the Israeli Air Force while the second fell inside Syria. According to a report by the Chinese news site SINA Saturday, the interceptor landed intact in Syria and was quickly seized by Syrian forces.

The news site said the David’s Sling missile was handed over to Russia, which is aggressively supporting President Bashar Assad’s government in the Syrian civil war.  According to SINA, Israel and the United States asked Russia to return the missile.

The projectiles fired from Syria were identified as Russian-made OTR-21 Tochka missiles and were in the air for a minute and a half. The missiles can carry a 500 kg warhead and have a range of 100 kms, states the Times of Israel.

The army calculated that the missiles were heading toward Israeli territory and waited until the last moment to fire the anti-missile interceptors.

After David’s Sling was launched, the air defence battery’s computers determined that the Syrian missiles were going to fall short and did not pose a threat to Israel. At that point, one of the interceptor missiles was ordered to self-destruct. The army did not confirm what happened to the second interceptor missile.

The David’s Sling interceptor is designed to deal with missiles coming from between 40 kilometers and 300 kilometers away, making up the middle tier of Israel’s advanced air defence array. Israel also has the Iron Dome system for short-range projectiles, and the Arrow 3, which is designed to intercept long-range ballistic missiles.
Previous articleSMS, Broadband Could Be Restored In Kashmir Valley, Soon – Reports
Next articleChina’s Tibet Enjoys Development, Religious Freedom Unlike Kashmir