Israeli Pilot Arrested in Pakistan – How Correct Are The Claims?

Israeli Pilot Arrested in Pakistan – True or Fake News? An image shared millions of times on Facebook depicted a Jerusalem-based newspaper reporting the arrest of an Israeli pilot in Pakistan. The claim is false; the photo in the post shows an Israeli Air Force pilot who died in a helicopter crash six years ago.

Multiple Facebook posts, for example, this one published on March 10, 2019, and shared more than 2,000 times since contains what appears to be a screenshot of an article by Israeli newspaper the Jerusalem Post.

In the purported screenshot, there is a photo of a man in military uniform standing with his family next to a plane.

The man’s head has been circled in red, as has the article’s headline – which says, in fragmented English, “Family Bids Farewell to Pilot Who Arrested by Pakistan Army After Crash The Fighter Jet”.

The same image was shared hundreds of times elsewhere on Facebook, for example here and here.

Below is a screenshot of one of the misleading Facebook posts: 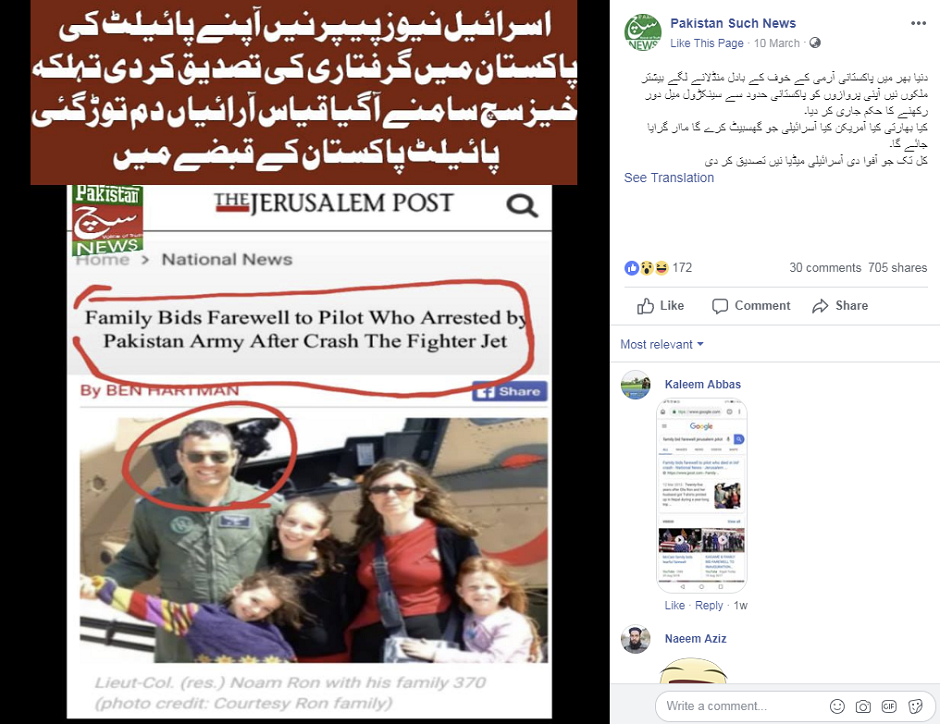 There is a logo saying “Pakistan News” overlaid on the purported screenshot’s top-left-hand corner and the caption under the photo reads: “Lieut-Col (res) Noam Ron with his family 370 (photo credit: Courtesy Ron family).”

The image also contains text in Urdu on a dark red background above the purported screenshot, which says: “Israeli newspaper confirmed the arrest of its pilot in Pakistan. Startling truth has come forward. Speculations died down. The pilot is in Pakistan’s custody.”

The screenshot is a doctored copy of this Jerusalem Post article published on March 12, 2013, which contains the same photograph of the man and his family.

Pakistan is a Reality, India Has No Option But To Accept Our Existence: President Alvi

The headline in the original article says: “Family bids farewell to pilot who died in IAF crash”. IAF stands for Israeli Air Force. The name of the reporter and the photo caption are the same.

Compared in the image below is the image in the misleading Facebook post (L) and a screenshot of the original article as it appears on a mobile screen (R): 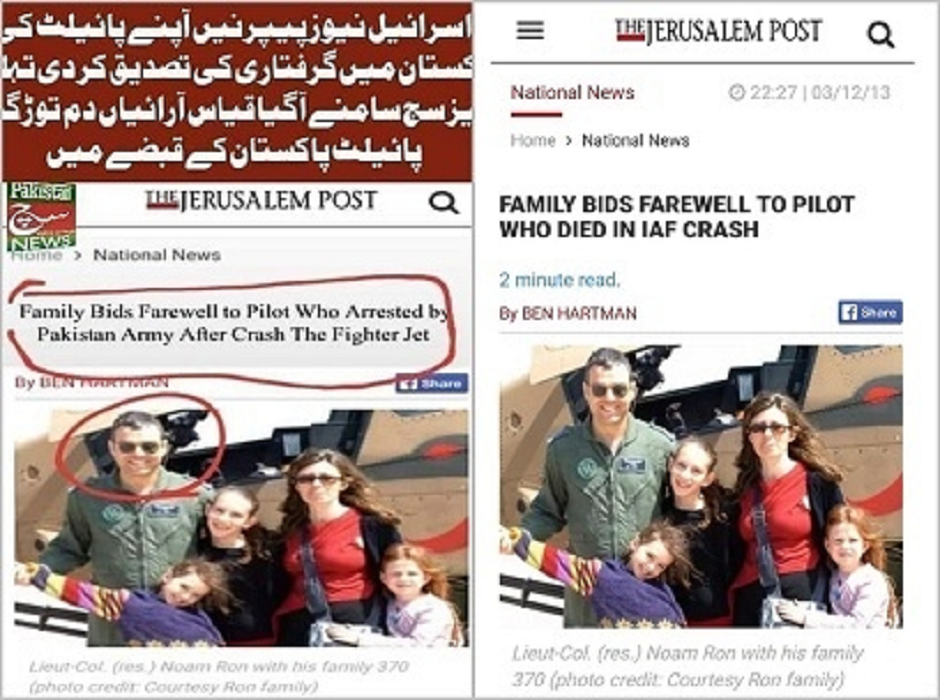 According to the Jerusalem Post, Lieutenant Colonel Noam Ron died along with his colleague Major Erez Flekser when the helicopter they were flying crashed on March 12, 2013.