An Italian military aircraft C-130J (Lockheed Martin Super Hercules), which had journalists and civilians on board came under fire during takeoff at Kabul Airport. No one was hurt, ANSA reported Thursday.

According to the newspaper La Stampa, there were journalists and 98 Afghan civilians on board. 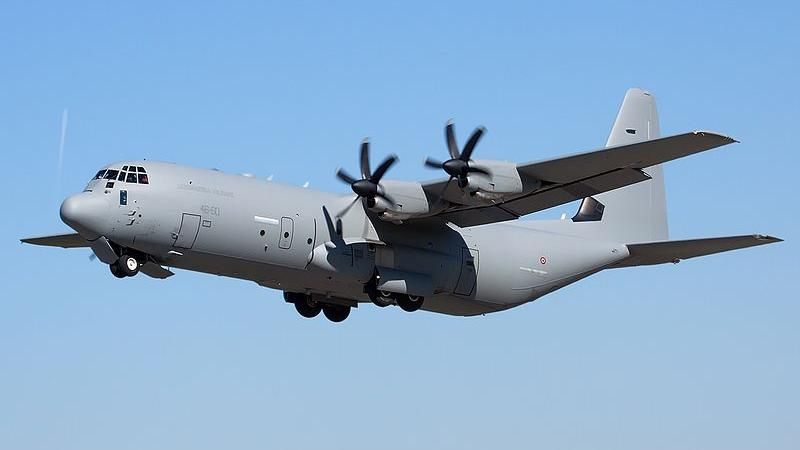 According to reports, the aircraft was attacked when the wheels were already detached with the engines at maximum power to allow it to take off.

The pilot, a female officer of the Italian Air Force, was quick to react in carrying out an emergency maneuver and moved the C130J away from the trajectory of bullets, probably machine guns.

Despite the firing incident, the C130J continued on the planned route and landed at Ali Al Salem Air Base in Kuwait, from where the people will continue their journey to Italy.

No shot at an Italian C-130 aircraft: According to intelligence sources, the ANSA probably fired machine guns in the air to disperse the crowd. According to sources, an Afghan pickup truck equipped with machine guns and located away from the runway fired a few rounds from a 14.5-caliber machine gun overhead to disperse the crowd that was pressing towards the gate. The pilot of the Italian C130 then made a tactical take-off to escape a potential threat, but no shot – the sources confirm – was directed towards the Italian aircraft.

Meanwhile, as the situation deteriorates,  the UK Foreign Office has called on its citizens, who remain in Afghanistan, not to travel to the Kabul Airport over security concerns.

“The security situation in Afghanistan remains volatile. There is an ongoing and high threat of terrorist attack. Do not travel to Kabul Hamid Karzai International Airport. If you are in the area of the airport, move away to a safe location and await further advice,” the Foreign Office said in a statement on late Wednesday.

According to the ministry, traveling by road in Afghanistan is currently extremely dangerous, with multiple reports of mistreatment of people on their way to the Kabul Airport.

“Commercial flights are not currently operating. If you can leave Afghanistan safely by other means, you should do so immediately,” the Foreign Office concluded.

The UK Ministry of Defence said that more than 11,000 people had been evacuated from Afghanistan by London.

“Latest numbers from Operation PITTING: – 11, 474 people have been evacuated by the UK since 13 August; – 6946 of those people are Afghan Relocation and Assistance Policy claimants,” the ministry wrote on its Twitter page on late Wednesday.

The Taliban entered Kabul on August 15, ending a weeks-long offensive and resulting in the collapse of the US-backed government. Internationally recognized Afghan President Ashraf Ghani resigned and left the country for the United Arab Emirates. The seizure of power has forced thousands of Afghans to seek escape from the country for fear of reprisals from the militants.