Soon after India lost their semi-final match to New Zealand, residents of Srinagar in the Kashmir Valley could not hide their pleasure and took to streets to celebrate the defeat. At the same time, the residents of Jammu city which is the twin capital of Jammu and Kashmir along with Srinagar were mourning the Indian loss.

The Indian team who were widely seen as one of the favourites to lift the trophy were bundled out for 221 at Old Trafford with Matt Henry’s bowling spell wreaking havoc on their batting top order.

Videos and images soon went viral of the people of Srinagar setting off firecrackers and chanting slogans against the Indian regime in the war-torn valley.

Jammu is a Hindu majority region while the Kashmir valley is a Muslim majority region with almost 100% Muslims. There is a small Sikh community primarily living in the Tral region and the Kashmiri Pandit community who once constituted a sizeable minority in the Kashmir Valley fled to Jammu after religious persecution and systematic violence against them. 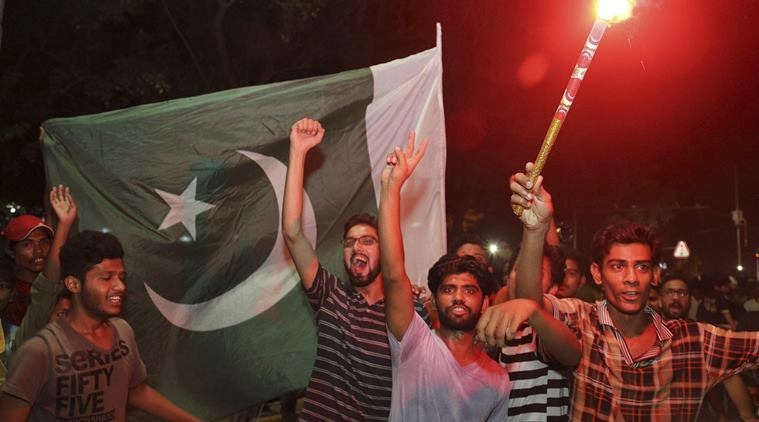 Kashmir Pandits have been demanding separate townships in the Kashmir Valley so that they could safely relocate back with dignity, honour and without any fear.  The Exodus of Kashmiri Pandits was an unfortunate incident which took place at the beginning of 1990 when most of the Kashmiri Pandit families were asked to leave from the Kashmir valley due to the sudden outburst of terrorism. Lakhs of Kashmiri Pandits families fled their homes during that ill-fated event.

On the other hand, the Kashmir Muslims have grown-up seeing it as a region with endless chaos and conflict. Amidst the chaos, Kashmir has become the flashpoint of commotion in which the citizens constantly fight for their fundamental rights which they assert has been snatched by the Indian armed forces.