Japan plans to arm its stealth F-35 jets with one of the world’s longest-range missiles that is bound to ring alarm bells in China, Russia, and North Korea. Japan’s Defense Ministry plans to acquire standoff missiles by March 2022 with a range of 500 km, reported The Japan Times citing government sources.

Japan is set to buy Norwegian Joint Strike Missile (JSM) anti-surface and anti-ship missiles. It can be mounted on F-35 to make use of the jet’s stealth capabilities.

Another acquisition that the government might make is the US aerospace giant Lockheed Martin’s Long Range Anti-Ship Missile (LRASM) and Joint Air-to-Surface Standoff Missile (JASSM). The acquisitions will be made under the medium-term defense buildup program for fiscal 2019-2023.

The 3.95m long JSM missile weighs 525kg and has a range of 280 km. It is capable of hitting both land and naval targets. It is developed by Norwegian defense firm Kongsberg and US manufacturer Raytheon.

According to Raytheon’s website “the Joint Strike Missile is the only fifth-generation cruise missile designed to be launched from the internal weapons bay of the F-35A.”

The F-35 boasts an internal bomb bay, a feature usually found on bombers, not fighters. It allows the fighter jet to carry weapons while preserving its stealth capabilities. 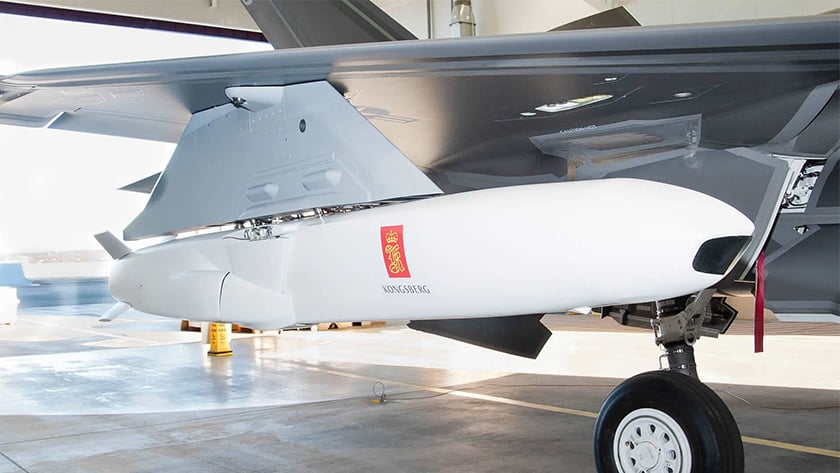 Micheal Peck of Forbes stated that the LRASM and JASSM are too big to fit in the F-35’s bomb bay. “While it can carry a variety of weapons under its belly and wings, this compromises the aircraft’s stealth capabilities, which relies on carefully shaped surfaces to minimize detection by radars.”

Japan has also decided to double the range of its ASM-3 air to surface missiles to 200 miles. Developed by Mitshubishi Heavy Industry, the ASM-3 is an upgraded version that Tokyo had requested after the previous version was deemed unsatisfactory by the Japanese Defence Ministry.

It hits its target five times faster than the speed of sound, making directional enhancements by itself, almost impossible to detect like a stealth fighter jet, and carries a “Sea Buster” tandem charge warhead designed to annihilate surface warships and aircraft carriers.

Tokyo’s decision to arm its aircraft with long-range missiles is seen as a deviation from Article 9 of Japan’s constitution which was imposed by the US after World War II. Article 9 affirms Japan’s defense-only security policy while renouncing war.

However, Japan today is facing an increasing threat from China’s expansionist threat to claim Japanese-held islands as its own. North Korea is also a major adversary and Tokyo has finally decided to upgrade its capabilities to strike the enemy territory.

“Air Self Defense Force (ASDF) fighter jets flying out of the bases of Chitose, Misawa, Komatsu, Tsuiki or Naha will be able to fire missiles capable of reaching North Korea, China or Russia,” the Japan Times noted.

Russian Pacific Fleet’s major naval base, Vladivostok, lies only about 500 miles from the Japanese airbase at Chitose, while Shanghai is also the same distance from Naha airbase on Okinawa.

“Armed with a 300-mile-range JSM, a stealthy F-35 could potentially target Russian ships and airbases while staying undetected and out of range of Chinee and Russian air defenses. Even worse, the Vladivostok region is home to Russian ballistic missile submarines, which makes it extra-sensitive,” emphasized Peck.

Russia and China have faced Japan’s surprise attacks in the 20th century. It is unlikely that today’s Japan will do the same but neither China nor Russia can afford to discount the threat.

Previous articleIndian Newly Developed Helicopters Cleared For ‘High-Altitude Warfare’ Amid Tensions With China, Pakistan
Next articleRafale Fighter Jets Will Emerge Victorious If A War Breaks Out In The Mediterranean : Russian Expert