The 1971 Bangladesh Liberation War is widely touted as one of India’s greatest military endeavors. Important figures from the political, military as well as intelligence spheres are often named in conversations around this armed conflict.

On the occasion of the 50th anniversary of this war, The EurAsian Times recounts two iconic personalities that sculpted the course of this massive undertaking: the first chief of Research and Analysis Wing (RAW) — India’s external intelligence agency — RN Kao, and the then-Indian Army chief, General Sam HFJ Manekshaw, who was later promoted to the rank of Field Marshal.

RN Kao And The Formation of RAW

India had suffered a humiliating defeat in the war with China in 1962. Some believe that the primary reason for this was the country’s lack of intelligence on intensified Chinese activities along the northern frontier.

At the time, the Intelligence Bureau (IB) handled both internal and external intelligence gathering. However, its foreign information-gathering wing was inadequate. This realization struck harder in the aftermath of the 1965 Indo-Pakistan war. Real-time foreign intelligence had revealed itself as a strategic necessity.

Thus, then-Prime Minister Indira Gandhi, in 1968, bifurcated the IB to form what came to be known as the Research & Analysis Wing (RAW). Rameshwar Nath Kao, then a deputy director in the IB, and a man who had made a name for himself owing to his closeness to India’s first PM Jawaharlal Nehru, was given charge of this organization as its first head.

He began with a small team of 250 handpicked agents from the IB, later to be deemed the “Kaoboys”. Kao, often described as “ruthless” and “razor-sharp”, was slated to become one of the main architects behind East Pakistan’s breakaway from Pakistan to become Bangladesh in 1971.

In their book titled, The War That Made R&AW, Anusha Nandakumar and Sandeep Saket highlighted the kind of networks Kao had through the words of the Chairman of Joint Intelligence Committee KN Daruwala, who noted-

“His contacts the world over, particularly in Asia—Afghanistan, Iran, China, you name it—were something else. He could move things with just one phone call. He was a team leader who rode out notorious inter-departmental and inter-service rivalries, which is commonplace in India.”

The book further says that Kao had plans to leverage the brilliant rapport he had cultivated over the years with his counterparts in other countries. The Israeli Mossad could provide a gateway for information about West Asia and North Africa, while the erstwhile Soviet Union’s KGB could be a potential supplier of arms and ammunition for operations.

The RAW could look towards the American CIA for help too. Kao’s relationship with the CIA had developed post the 1962 war. Instructors from the CIA had trained the Special Frontier Force (SFF) — an ultra-secretive elite commando force comprising Tibetan refugees in India. The SFF was designed to fend off the Chinese Army in Tibet. A large chunk of this special force consisted of Tibetan rebels. 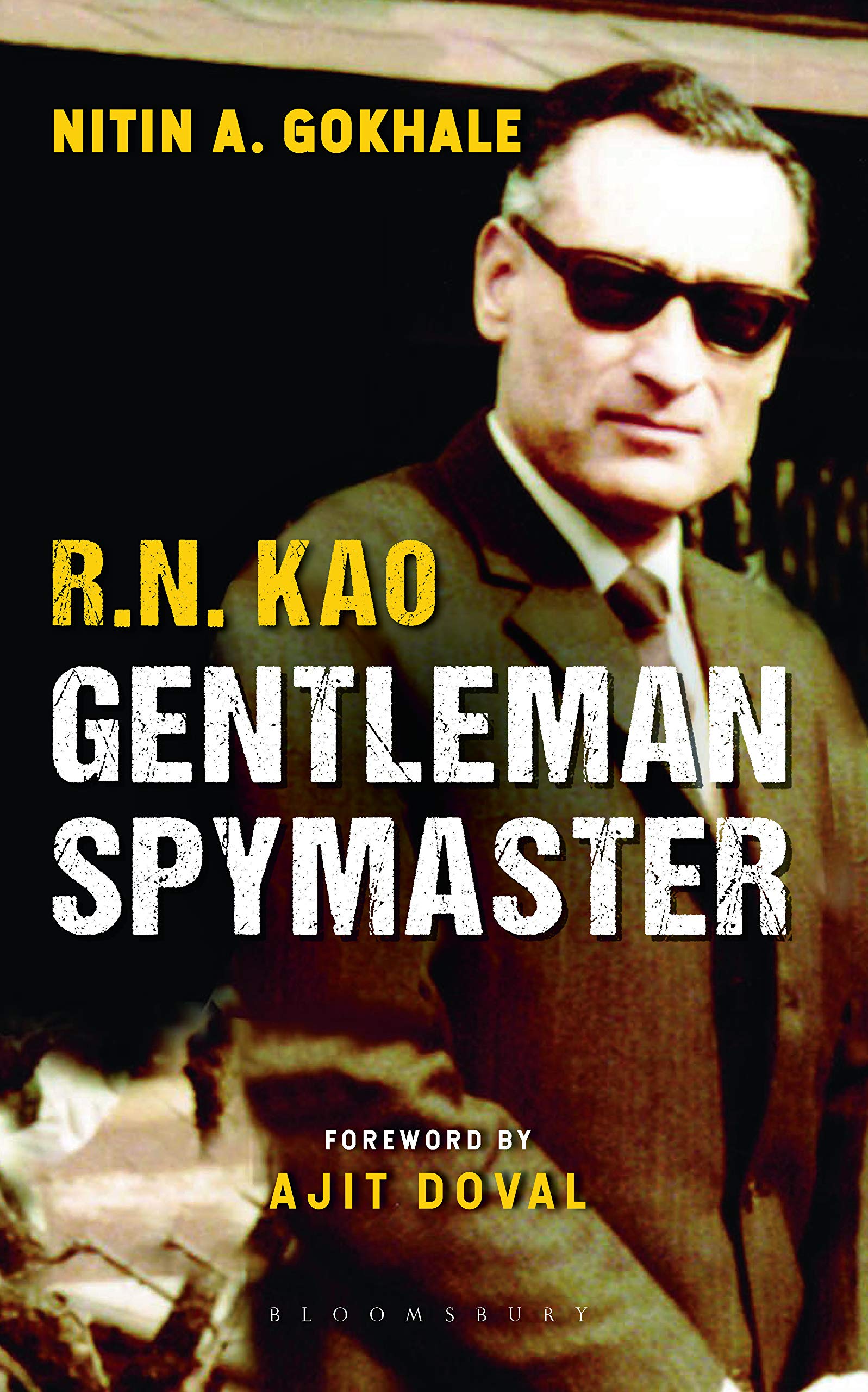 After discussions regarding the possibility of SFF being intimately incorporated into RAW’s plans and functioning as its paramilitary unit, the SFF was transferred to the intelligence agency. This agile and able commando force had already started working on the eastern borders of India before the war broke out in 1971.

Perhaps owing to his extensive networks, Kao was able to provide information about the high chances of turmoil in East Pakistan intensifying as early as 1969. In his book, Power & Diplomacy: India’s Foreign Policies During the Cold War, Zorawar Daulet Singh notes –

In an April 1969 intelligence cable, he [Kao] had foreseen an impending crisis across the border:

The authorities would have to resort to large-scale use of the Army and other paramilitary forces in East Pakistan to curb a movement, which has already gained considerable strength. The use of force is likely, in turn, to lead to a situation where the people of East Pakistan, supported by elements of the East Bengal Rifles (who are known to be sympathetic towards the secessionist movement as evidenced from the recent East Pakistan Conspiracy Case), may rise in revolt against the Central Authority and even declare their independence … although this possibility may not be immediate at present, it would be desirable that the Government of India should think about the policy it should adopt in such an eventuality and keep its options open.

Under Kao, the RAW helped the liberation forces of Bangladesh — the Mukti Bahini — to agitate against the West Pakistani military junta’s political and ethnic domination.

It is believed that the agency trained around 100,000 people in this fashion. The ball rolled steadily and this development eventually ended up causing the third war between India and Pakistan.

Nandakumar and Saket also mention how the Tibetan forces were used in the Bangladesh war in their book. Brigadier Sujan Singh Uban, who was in charge of this force’s actions, kept up “an aggressive campaign of sabotage and harassment” throughout the war.

The SFF destroyed several vital bridges and ensured that Pakistan’s 97 Independent Brigade and crack 2 Commando Battalion would keep feeling the pressure in the Chittagong Hill Tracts.

In his piece for The Hitavada, Colonel Abhay Balkrishna Patwardhan (Retd) noted an interesting tactic Kao had used after receiving reports of army personnel being shifted to East Pakistan via air routes.

The RAW chief, in January 1971, apparently planned for an Indian Airlines Passenger Plane ‘Ganga’ to be hijacked from Srinagar and taken to Lahore Airport. While all 26 passengers were released, the plane was set on fire.

This outdated plane was soon to be dumped. Following the incident, the Indian Government swiftly banned over-flights going from West to East Pakistan, thus hampering the transportation of men and material from the air route above India.

Speaking to The EurAsian Times, RK Yadav, a former RAW officer who served under RN Kao, said, “RAW was created on September 21, 1968, with 250 staff of IB. Kao built it up from sketches & introduced new wings like Technical Cryptography Language. His dedicated team trained Hindu refugees of East Pakistan, who then infiltrated as guerrillas and raised hell for the Pakistan Army. The technical wing provided vital information that allowed the Indian Air force to paralyze their Pakistani counterparts. Ultimately, the Indian Army won in 14 days.”

Yadav, who has also chronicled the history of RAW in his books Mission R&AW and Nuclear Bomb in Ganga further noted that Kao faced no internal political barriers in the war due to his close association with then-PM Indira Gandhi.

Moreover, several leading bureaucrats of his time were Kashmiri Pandits who provided all help to Kao — a member of the same group.

Sam Manekshaw was the first field marshal of the modern Indian Army. In his career that spanned almost four decades, he saw five wars and is credited with successfully leading the Indian Army in the Indo-Pakistan war of 1971.

Manekshaw was known to be a very charismatic and clear-minded gentleman of infinite wit and humor. Speaking to The EurAsian Times about Manekshaw’s persona, Major General Raj Mehta (retd.), a military analyst and columnist, said, “I would use the French phrase ‘savoir faire’ to describe the man. He had elan. He had panache; an air of self-confidence and professionalism coupled with the presence of mind and clarity of thought. He was handsome and charismatic.”

The Army veteran recounted a brief talk that Manekshaw had given to the troops he was leading. He had asked all the soldiers to keep their hands in their pockets — implying they stay far away from misbehaving with women and children when they entered Pakistan. This was a clear example of the moral upstanding that Manekshaw displayed.

Colonel Vinay B. Dalvi (retd), a 1971 war veteran, author, and editorial director of Mission Victory India, explained the political situation India and its army found themselves in during the 1971 war.

“India was closely following the developments unfolding in East Pakistan where Sheikh Mujibur Rahman was at the forefront of asking for autonomy for the Bengalis. The resulting situation had caused a massive inflow of refugees into India, necessitating us to take a stand despite it being an internal matter of Pakistan.”

Owing to this, the first battle that Manekshaw had to brave through was that of withstanding political pressure. Indira Gandhi pressed for an immediate war.

“However, Manekshaw stood his ground saying that the army wasn’t ready. This war wouldn’t just be an intervention in East Pakistan but would result in an all-out war where the Western border would also open up to attacks. Manekshaw insisted that the army should take action after the monsoons when the rivers weren’t flooding,” Col. Dalvi said.

The future Field Marshal had also talked about the distinct possibility of a Chinese intervention due to mountain passes opening up, along with the hardships the army would have in mobilizing required superiority forces before June (1971) due to dispersed deployment of the Army in the northeast owing to the national elections.

Manekshaw held his ground until he had created the conditions for almost certain victory. On December 3, 1971, Pakistan attacked airfields in northwest India in the hopes of relieving the pressure in the east.

But the sorties were carried out with only about 50 planes, causing temporary damage. The attempt backfired with India making inroads into West Pakistan and further launching a coordinated land, sea, and air assault on the Pakistani military installations in the East.

Maj. Gen. Mehta noted, “Both Indira Gandhi and Manekshaw were justified in demanding immediate intervention and postponing the war, respectively. Later, they did act together, building up a sense of cohesion and synergy between the political machinery and the army for optimum results.”

Col. Dalvi noted that Indira Gandhi’s efforts in meeting with world leaders contributed to building pressure on hostile forces as well as gaining India the crucial support of the Soviet Union (who stalled the US’ naval vehicles when they moved towards the Bay of Bengal) was an important mark of the politico-military cooperation.

Echoing similar sentiments, Colonel Rajinder Singh Kushwaha (Retd.), a 1971 war veteran, author, and strategic affairs analyst, said, “He had a direct and good rapport with the PM, which helped him in conveying the military viewpoint directly to the highest political authority.

He was thus able to delay the war for almost 7-8 months. This enabled him to make preparations and train his command, particularly the Eastern Sector. He kept the Western sector on the defensive with a limited offensive.”

As the Chairman of the Chiefs of Staff Committee, Manekshaw coordinated the operations in different theatres (spanning over three Army Commands, two Air Commands, and two Navy Fleets) quite efficiently.

However, it might be poignant to note that other than tactical moves, Manekshaw’s contribution was even greater in terms of boosting the morale of the troops with his powerful charisma.

In an article authored by Mehta that was published in the Force magazine’s 2008 issue, he wrote, “He [Manekshaw] was in a class by himself. He was correct in his military conduct, forthright, communicated marvelously, planned meticulously, could get an inter Services team to bond, to work, had the courage of his convictions, could say “No” to the highest in the land. He brought glamour, dignity, humor and self-respect back into the Army after the 1962 debacle and honor to it after the 1971 war.“

Col. Dalvi aptly summarises, “Field Marshal Sam Manekshaw was a symbol of Tri-service integration, he was a charismatic leader who was looked up to by all the three services.

The deadly combination of FM Manekshaw and PM Indira Gandhi delivered the nation this blitzkrieg victory that has been set in stone in military history. All of this was in the face of influence by Western powers.

We did not take undue advantage over the victory and stuck to the objectives we set out to achieve. This was a true picture of being magnanimous in victory, and it reflected the personality of the man who steered the nation and her armed forces to victory.”