They say everywhere you go in Kashmir you have bombs: Trump

They say everywhere you go in Kashmir you have bombs: Trump

In his conversation with Imran Khan, Donald Trump calls Kashmir a beautiful name and a beautiful place full of bombs. He offered his assistance by stating .. If I can do something, please let me know.

Earlier, Indian foreign ministry denied US President Donald Trump had been asked by Indian Prime Minister Narendra Modi to mediate the Kashmir conflict with Pakistan. Trump made the claim while speaking from the Oval Office where he hosted Prime Minister Imran Khan. 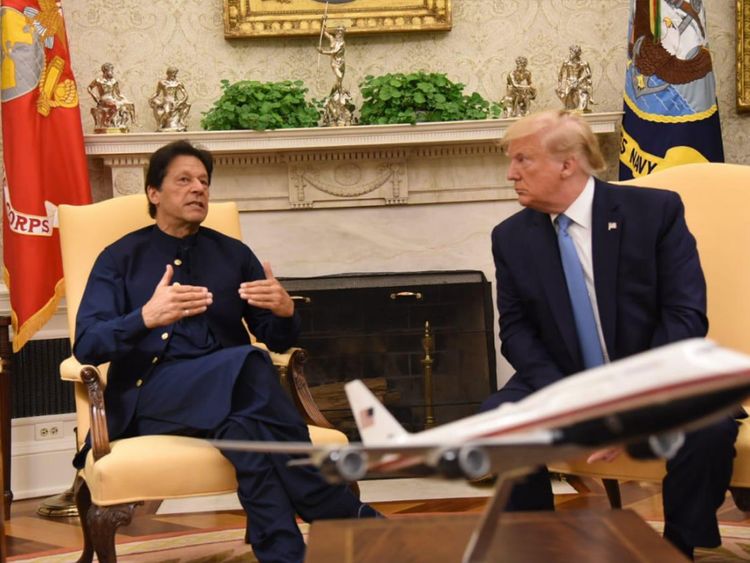 Trump said he could also help mend the strained ties between the two nuclear-armed neighbours.

“I was with Modi two weeks ago and we talked about this subject and he actually said ‘Would you like to be a mediator or arbitrator’, I said ‘Where’, He said ‘Kashmir’. Because this has been going on for many, many years… I think they would like to see it resolved and you [Imran Khan] would like to see it resolved. If I can help, I would love to be a mediator,” Trump said.

The US president met Modi on the sidelines of the G20 Summit in Osaka, Japan last month. The “prayers of over a billion people will be with you if you can mediate and resolve the situation,” PM Imran responded.