The Director-General of Inter-Services Public Relations of Pakistan (DG ISPR) Major General Asif Ghafoor directly linked the Kashmir issue with Pakistan’s security and urged world leaders to take a note of the reckless statement on Nuclear Policy from New Delhi.

Gafoor was holding a joint press conference in Islamabad along with Foreign Minister Shah Mahmood Qureshi after a meeting of the special committee on Kashmir. Speaking during the press conference, Gafoor reemphasised that Pakistan Army was ready to defend the country from any misadventure from India.

“Pakistan is a responsible state but India has always threatened us. Responsible states do not make statements like Rajnath Singh’s,” said DG ISPR and added that more troops were being sent to the Line of Control (LoC) as a deterrence.

Gafoor rejected Indian claim that Pakistan was supporting infiltration inside Jammu and Kashmir, the military spokesperson said, “Indian-occupied Kashmir (that’s how Pakistan refers to Jammu and Kashmir) has been turned into a prison by the occupying forces.”

“India is resorting to such propaganda to carry out a false flag operation. Pakistan’s armed forces would be ready to give a telling response to any act of misadventure by India in the wake of the UN meeting.” 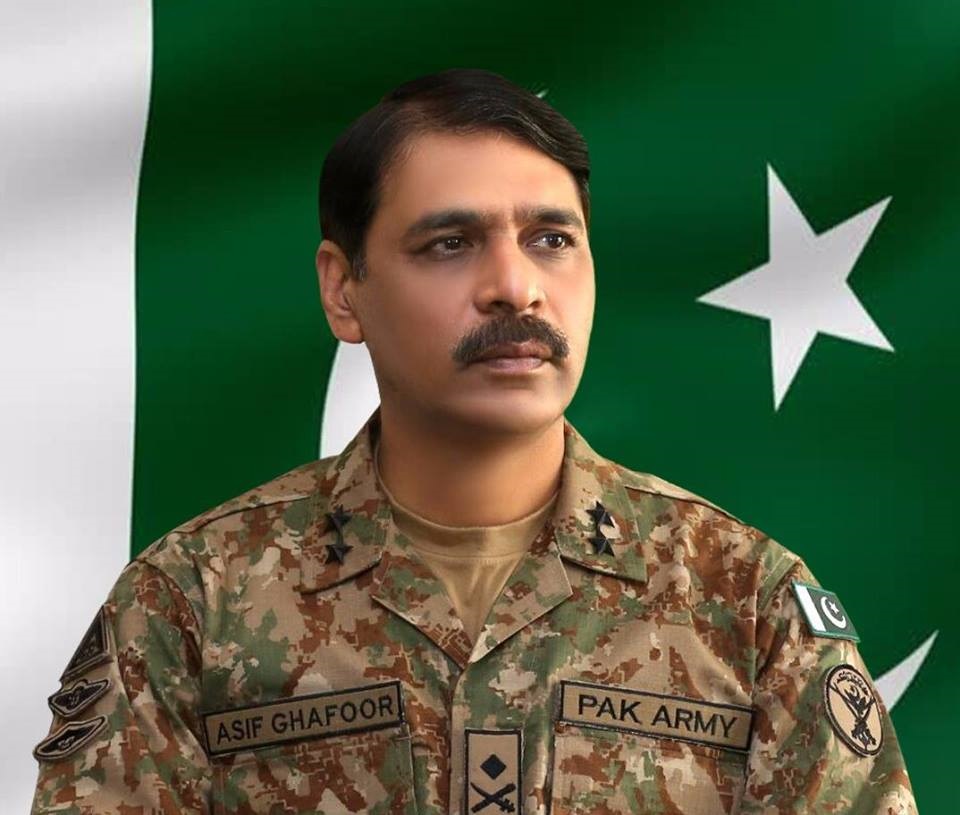 Foreign Minister Shah Mehmood Qureshi at the same press conference said, “The historic meeting at the UN on Kashmir took place after more than 50 years. This was an important step for the entire world because it not just highlighted the importance of the issue, but also shed light on the things Pakistan can do.”

“Pakistan has decided to intensify its lobbying efforts to effectively highlight the prevailing situation in occupied Kashmir.”

Giving details of the decisions taken in today’s meeting, the foreign minister said, “It has been decided to establish a Kashmir cell in the Foreign Office to give impetus to the ongoing efforts and pursue a focused approach on Kashmir.” “Kashmir cells will also be established in Pakistan’s embassies across key capitals.”

Qureshi warned the global community that India could carry out any false flag operation near the Line of Control (LoC) to divert world attention from its illegal actions and human rights violations in IoK.

“The UN Security Council meeting on Kashmir is a big diplomatic victory of Pakistan and defeat of India. Today’s India is not that of Nehru but of Modi and there is a clear difference between the two.”

Responding to a question about the UN Security Council meeting on Kashmir, FM Qureshi said, “The meeting could not be held if all the members did not have consensus. India made efforts to prevent the meeting, but its viewpoint was rejected.”

He said voices were being raised even within India against its act of abolishing the special status of occupied Kashmir and about 200 prominent people filed a petition demanding that the act should be undone.

Previous articleMalaysia Could Kick-Out Zakir Naik For His Anti Hindu, Chinese Comments
Next articleSri-Lankan Cricket Team Could Tour Pakistan But Not Without The Indian Approval