Did you think that sectarianism was a pillar of the Saudi-Iranian rivalry? Think again, think Kashmir where the two countries’ geopolitical rivalry and Turkish ambitions cross sectarian lines.

With Iran, Saudi Arabia and Turkey competing for Indian Kashmiri hearts and minds, Iran and Turkey’s embrace of Kashmiri nationalism is winning them sympathy among both Shiite and Sunni Muslims.

The two countries’ perception of Kashmiri aspirations as nationalist rather than religious gives them a fighting chance to counter long-standing Saudi influence in the troubled South Asian region.

The Kashmiri competition, like Kazakhstan where a Saudi-inspired apolitical and loyalist strand of ultra-conservative Islam has gained popularity, suggests that crown prince Mohammed bin Salman has not given up on religion as a soft power too despite who seeking to root his legitimacy in newly found Saudi nationalism rather than the kingdom’s ultra-conservative interpretation of Islam.

Prince Mohammed, since coming to office in 2015, has significantly cut back on funding and converted the kingdom’s major funding vehicle, the World Muslim League, into a group that sings his praises and propagates tolerance and inter-faith dialogue.

Nevertheless, the crown prince views the promotion of Madkhalism, a particular Saudi strand of ultra-conservatism that preaches absolute obedience to the ruler and sees the kingdom as the model of Islamic governance as a way of countering Iranian activism and the notion of an Islamic republic that recognizes a degree of popular sovereignty.

Saudi Arabia invested an estimated US$100 billion in funding of religious seminaries, cultural and higher educational institutions, media organizations and in a handful of countries militant groups as part of a more than 40-year religiously cloaked, globally waged covert war with Iran.

More recently, Turkey has sought to lay claim to leadership of the Muslim world by funding mosques and other institutions across the globe and seizing up Islamic causes like Jerusalem.

The funding, coupled with diplomatic pressure, also aims to counter the far-flung, embattled empire of Fethullah Gulen, an Islamic preacher who lives in exile in Pennsylvania and whom Turkish President Recep Tayyip Erdogan accuses of having staged a 2016 failed military coup.

Iran, Saudi Arabia and Turkey’s identification of Kashmir as a battleground points to the increased importance they attribute to South and by extension Central Asia. 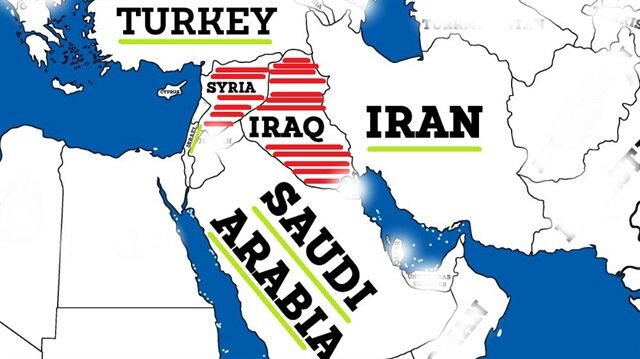 In a twist of irony, Turkish president Recep Tayyip Erdogan appears to be embracing the Sufi Menzil sect, one of the largest and most powerful Sufi orders in Turkey, that is far more liberal than Saudi Arabia’s ultra-conservatism but shares with Madkhalism a rejection of politics.

India, Pakistan, Autonomy or Freedom: What is the Permanent Solution to the Kashmir Dispute?

Menzil Sufis have filled vacancies in the government bureaucracy and security services created by Mr. Erdogan’s mass purge in the wake of the failed coup of alleged followers of Mr. Gulen, according to journalist Timur Soykan, who recently published a book on a more controversial Sufi order.

Like Madkhalis, Menzils, with a history of support for the Turkish state and its military, potentially could serve as anti-dotes to Iranian Shiites’ activism in places like Kashmir where Iran is targeting the Shiite minority who account for 15% of the region’s population.

Iran and Turkey’s emphasis on nationalism rather than religion compensates to some degree for Saudi Arabia’s first starter advantage, allowing Iran in particular to make significant inroads in Kashmir.

Unlike Iran, Turkey, eager to expand economic cooperation with India, has restricted its focus in Kashmir to verbal support in international fora rather than the funding of mosques and/or schools. That has not stopped separatist groups from embracing Mr. Erdogan even if that doesn’t challenge Saudi influence on the ground.

Indian journalist Asit Jolly estimated as far back as 2011 that 15 percent of Kashmir’s population was affiliated with some 700 Saudi-inspired ultra-conservative mosques. A Sufi organization put the figure ten times higher.

“Practically every village along the picturesque, poplar-lined, 60-km stretch northwest of Srinagar towards Gulmarg has one or more Ahl-e-Hadith-funded mosques. The new mosques and their attendant madrassas make for a contrasting picture with the hundreds of dilapidated mosques built over centuries in the age-old Sufi tradition,” Mr Jolly reported.

“The Wahhabi influence is not new to Kashmir as followers of this Islamic practice have been there since the last 100 years. But the phenomenal growth in their influence and their far and wide reach now can be attributed only to the funding the local ‘Ahle Hadith’ have got from Saudi Arabia in the last 30 years,” said an Indian intelligence official more recently.

Added analyst Abhinav Pandya: “Kashmir is becoming the ground zero for a new geopolitical race for influence: Iran and Turkey have deep, sometimes overlapping interests, Saudi Arabia wants to ensure a return on its financial and ideological investment… The question is whether these states…will weaponize those supporters in a future proxy conflict between themselves, or between separatists and India itself.”