Soon, Turkey will begin its long-planned military operation to create a so-called security zone in northeastern Syria, after the withdrawal of US forces from the region. 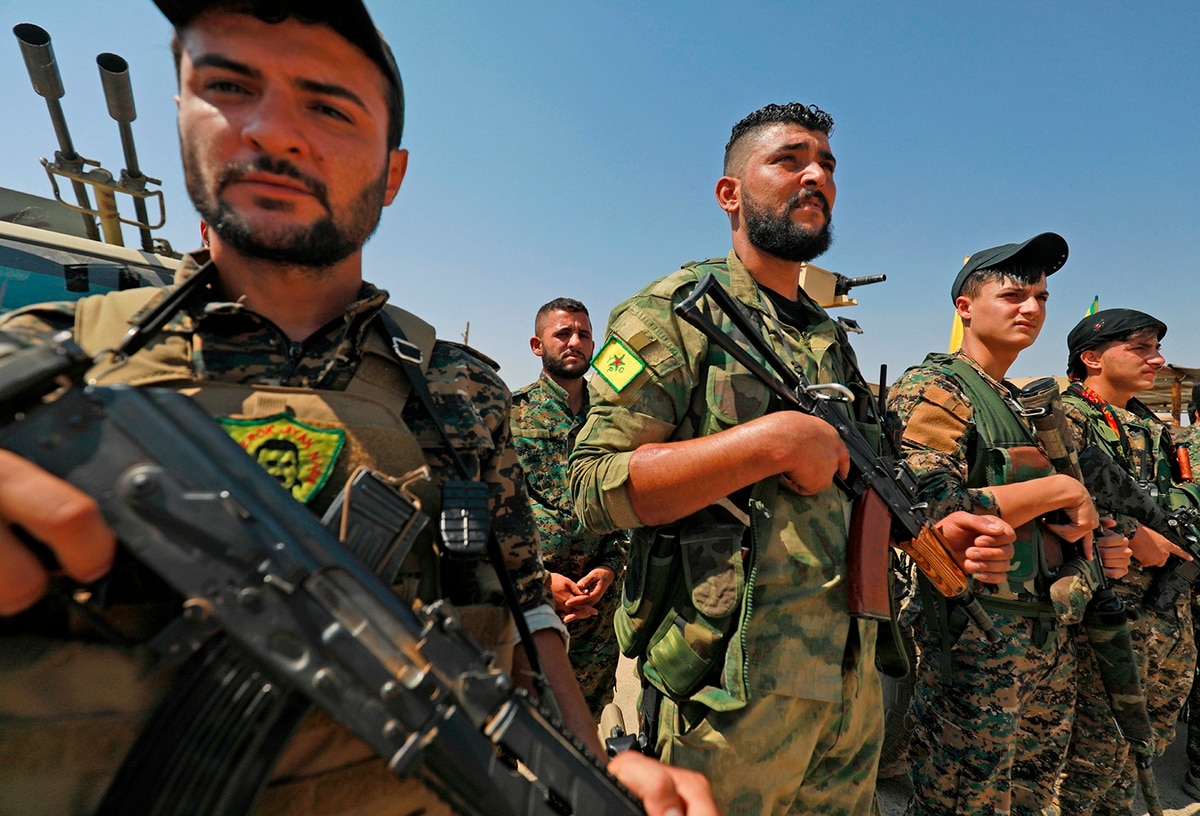 A message from the US administration was circulated after US and Turkish presidents – Donald Trump and Recep Tayyip Erdogan discussed (in a telephone conversation) plans to create a “security zone” east of the Euphrates River in Syria.

Erdogan previously stated that a military invasion of northeastern Syria became inevitable after Ankara accused Washington of slowing down efforts to create the zone.

Turkey has long been tuned in to a new operation against the Syrian Kurdish militia, which controls the north-east of the Arab Republic, the “Self-Defense Units” (YPG), which it considers to be a “terrorist organization.” After Trump’s conversation with Erdogan and the White House’s statement, it actually turns out that the American side washes its hands, leaving the Syrian Kurds face the wrath of the Turkish army.

A similar situation took place at the beginning of last year, when Erdogan insisted on conducting a military operation in the Kurdish region of Afrin in northwestern Syria (Aleppo province), and the United States limited themselves to only calls for Ankara to show restraint.

In the first comment by the Turkish side, Erdogan’s spokeswoman Ibrahim Kalin said plans to create a “security zone” in Zaevfrati are within the “territorial integrity” of Syria. “The security zone has two goals: to secure our borders by destroying terrorist elements and to ensure the safe return of (Syrian) refugees,” Kalin tweeted

Another result of a telephone conversation between Erdogan and Trump was the agreement of meeting (Trump and Erdogan) next month in Washington. The Turkish president also expressed disappointment to Trump about the “inability of the US military to comply with bilateral agreements.”

So the Turkish army is set to invade northern Syria with the support of the pro-Turkish “moderate” militants. The US could again intervene only in the case of large-scale clashes, which the Syrian Kurds have already warned.

According to experts, the American observer will refrain from concrete actions during the Turkish invasion and clashes between the two groups. The maximum that the Americans could do in this situation was to send additional arms loads to the Kurds, but then again, it must bypass the Turkish intelligence.

Supported by the United States, the Syrian Democratic Forces (SDS), of which the Kurdish People’s Self-Defense Forces play a leading role, have been put on full alert in areas under their control in northeastern Syria. This was done after the military-political leadership of Turkey threatened to invade the region.

At the same time, the SDS leadership threatened Ankara with the start of “total war” in the event that Turkey decides to intervene. According to SDS spokesman Mustafa Bali, the Kurds and their Arab allies are trying to maintain stability in the region, but they are ready to stop the Turkish aggression.

India, China Were At The Brink Of Full Blown War After Indian Army Seized The Kailash Heights: Top Commander

Indian Army's top commander recently said that the India-China border stand-off would have turned into a full-blown war when the Indian Army had occupied...
Read more

Do the 'Make in India' and the 'Atmanirbhar Bharat' schemes of domestic procurement of military hardware compromise the quality of arms and weapons that...
Read more
Load more