A Pakistan army official has been killed and reportedly five militants killed as a security operation – ongoing for the last 15 hours – in the Hayatabad area of Peshawar continues on Tuesday after law enforcement agencies surrounded a residential property and faced stiff resistance from the occupants when they tried to enter the premises, Express News reported.

The operation was carried out on the basis of an intelligence tip-off regarding the presence of terrorists in the three-story residential building. The operation has continued since Monday night with heavy exchange of fire between security forces and the terrorists. Two explosions have also been heard.

Khyber Pakhtunkhwa Information Minister Shaukat Yousufzai confirmed the incident and said the terrorists opened fire after police reached the house located in phase 7 of the locality.

A cordon is in place around the area and initial information suggested the presence of six to seven heavily-armed terrorists at the location.

The security forces made another attempt to storm the property but faced heavy fire including RPGs. The security forces retaliated and also shot a rocket-propelled grenade. Corps Commander Peshawar also inspected the area of operation, said a statement by the Inter-Services Public Relations (ISPR). 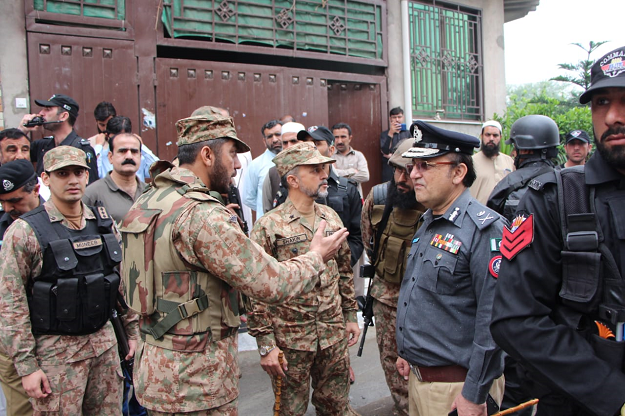 Lieutenant General Mazhar Shaheen praised the professional expertise of the security forces while lauding the residents of the area for their cooperation.

General Shaheen, flanked by security personnel, said the daily routine of the residents should not be disrupted due to the operation and instructed senior officials to ensure the safety of the area residents. 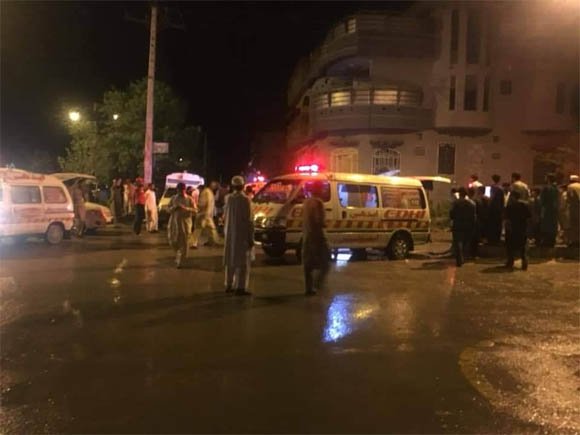 He added that if necessary, Pakistan Army special forces – the Special Services Group (SSG) – will be called in to assist.