The United Arab Emirates (UAE) expects to send another astronaut into orbit in a few years after completing training with NASA, but not necessarily on the US spacecraft, the Asst DG for Scientific and Technical Affairs at Mohammed bin Rashid Space Center, Salem Al Marri, told Sputnik on Thursday.

“We trained two of our astronauts [Hazzaa Al Mansoori and Sultan Al Neyadi] in Russia and one of them went for a short duration mission. Now we also train our astronauts in NASA, the same ones and the next two that we selected. And we are looking for options of flights,” Al Marri said on the sidelines of the 72nd International Aeronautical Congress in Dubai.

The UAE selected its first two astronauts, Al Mansoori and Al Neyadi, in 2018. In the fall of 2019, Al Mansoori flew to the International Space Station on the Russian Soyuz MS-15 spacecraft.

Al-Marri said that the UAE has “selected two astronauts, Mohammad and Nora [Mohammad Al Mulla and Nora Al Matrooshi] … They are now training in Dubai and they will go in December to the US, where they will join candidate class with NASA for two years,” adding that it does not necessarily mean that the astronauts will go to space with NASA since the country has not currently confirmed its participation in any manned missions.

Pitched To India & Operated By US Air Force, F-15EX Jets Fly Alongside Older ‘Strike Eagles’ To Prove Their Mettle

In response to a question about the prospects for the UAE’s first female astronaut going to space, Al Marri said that “we base on merit, not on gender, age or anything like that… If she succeeds in her training and is strong, she will fly very soon. And I think she has very strong capabilities.”

The assistant director at the UAE’s space center added that his country was “working very closely with Russia” on many projects, including a joint isolation experiment on a spacecraft stimulation, which will start on November 4 and will last 8 months.

In August, the UAE unveiled the names of its two new astronauts, Al Mulla and Al Matrooshi, with Al Matrooshi being the country’s first female astronaut.

When The UAE Reached Mars

The UAE made history earlier this year by becoming the first Arab nation and the fifth in the world to launch a probe to study Mars.

The successful orbit insertion of the Hope space probe marked the triumph of the small Gulf nation’s interplanetary dreams which it embarked on seven years ago. It is a significant moment for the Arab nation, with the UAE’s ambassador to the US, Yousef Al Otaiba, calling it “the Arab world’s version of President John F Kennedy’s moon shot”.

The UAE authorities hailed the symbolic importance of the mission, saying the success of the probe will inspire a new generation of Emirati and Arab youth to explore space sciences.

More than 200 of the country’s brightest engineering minds worked on the development of Hope — both men and women. It was largely built in the University of Colorado’s Laboratory for Atmospheric and Space Physics (LASP), with significant work also taking place at the Mohammed bin Rashid Space Center in Dubai. 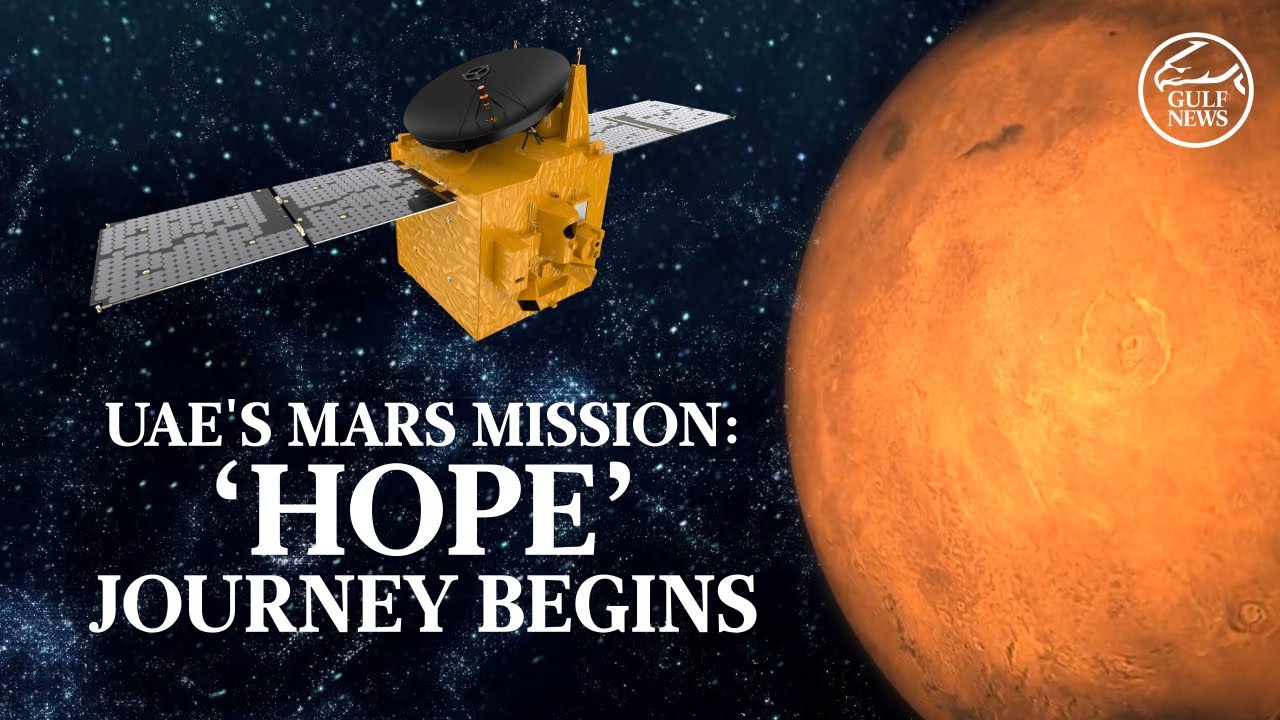 Launched on July 20, 2020, by the H-IIA Launch Vehicle, the Hope probe set for its interplanetary journey from Japan’s Tanegashima Space Centre and has been tasked with providing the “first-ever complete picture of the Martian atmosphere”.

According to its website, three state-of-the-art science instruments have been designed to study the different aspects of the Martian atmosphere, which includes an infrared spectrometer, an exploration imager, and an ultraviolet spectrometer.

The interferometric thermal infrared spectrometer is designed to give a better understanding of the energy balance in the current Martian climate by characterizing the state of the lower Martian atmosphere and the processes that are driving the global circulation.

The exploration imager will study the red planet’s upper and lower atmosphere in visible and ultraviolet bands, and capture high-resolution images of Mars. The instrument has been developed jointly by the Laboratory for Atmospheric and Space Physics (LASP) and Mohammed Bin Rashid Space Centre (MBRSC).

Although the Hope mission had the support and expertise of foreign agencies, the UAE hopes the program will enhance the country’s capabilities in the field. Several equipment pieces for the probe were procured from other nations, but it was put together by around 200 Emirati engineers.

Speaking to the BBC after the probe achieved its orbit insertion, LASP engineer Brett Landin said the UAE’s engineers were now in a good place to build spacecraft independently.

“We wanted to arrive at Mars; (I’m) really grateful, and it’s like a weight of seven years has been lifted from my shoulders,” BBC quoted Sarah Al Amiri, UAE minister of state for advanced technology and chair of the UAE Space Agency as saying.

“On arriving at Mars, I’m now truly looking forward to the scientific discoveries. And I truly hope this mission will impact an entire generation to strive to do things that are even bigger,” she told BBC News.

After being captured by Mars’ gravity, the Hope probe is now in an elliptical orbit around the planet, with the closest distance at 1,000 km from the surface going as far as 50,000 km away. The orbit will lessen to the targeted 55-hour time period, achieving a 22,000km-by-43,000km orbit that is inclined to the equator by about 25 degrees.

The UAE has now become the fifth country in history to send a probe to Mars, and only the second after India to be successful at the first attempt itself. Another significant achievement for the mission was that nearly 80 percent of the science team consisted of women, with an average age of only 27 years.

Burj Khalifa, the tallest building in the world, was lit up moments after the probe reached Mars successfully, displaying the faces of the engineers who worked on the mission over the past six years, and celebrations were witnessed across the Gulf nation following the landmark achievement.