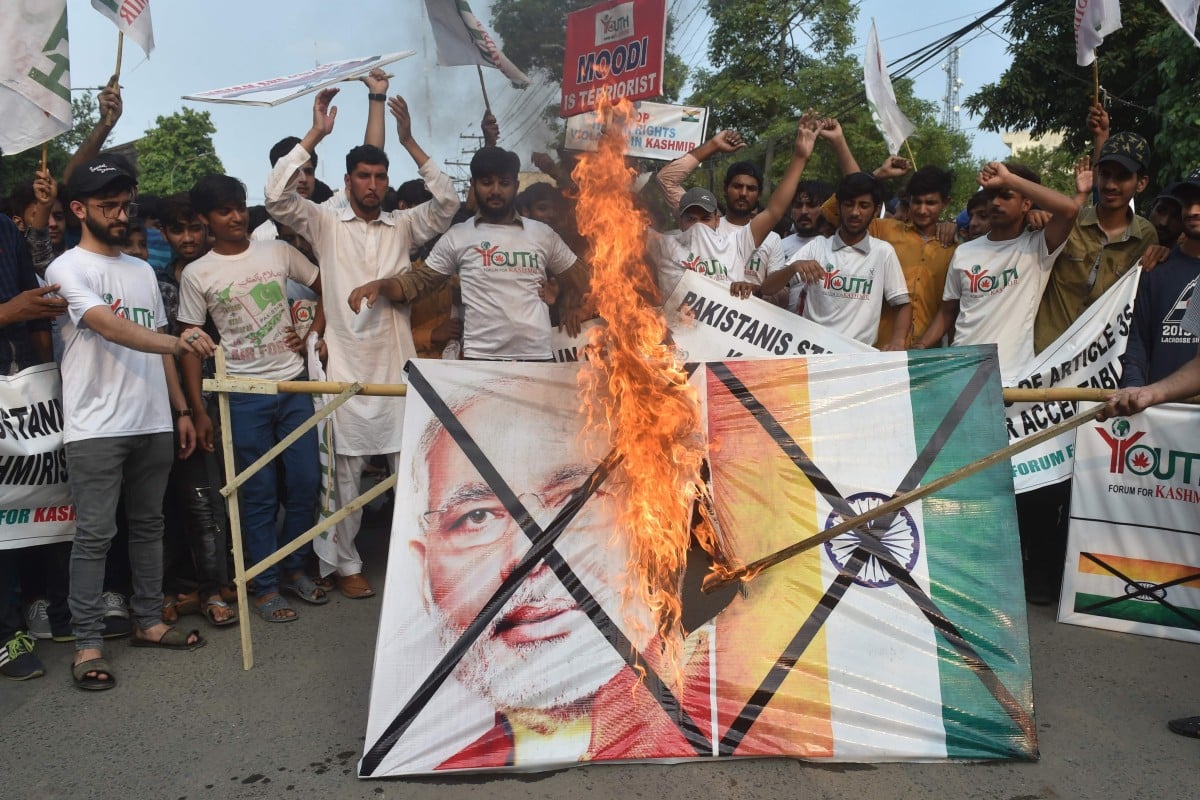 Pakistan Minister for Communications and Postal Services Murad Saeed said. “In line with the decisions of NSC Pak-India bus service is suspended,” Saeed tweeted on Friday.

The protest commenced after Friday prayers and has been the biggest demonstration in the region after New Delhi locked down the volatile region, snapping telephone, internet services and detaining over 500 political and separatist leaders.

The protestors were pushed back by police at Aiwa bridge, where a witness said tear gas and pellets were used against them. “Some women and children even jumped into the water,” a witness said at Srinagar’s Sher-e-Kashmir Institute of Medical Sciences (SKIMS).

“They (police) attacked us from two sides,” another witness said. The police officer said 12 people had been admitted to two hospitals after suffering pellet injuries. “There were around 10,000 people at the protest in Soura,” the police officer said. “This was the biggest so far.