In a massive show of strength, reassurance to NATO allies and a warning to the traditional punchbag – Russia, six B-52H Stratofortress bombers on August 28th took part in mission Allied Sky and flew over 30 NATO nations. However, things did not go as well as planned for the escorting F-35 jets.

Mission Allied Sky was managed by two teams: four B-52s with the 5th Bomb Wing, from Minot Air Force Base, North Dakota, deployed to RAF Fairford, UK, were required to cover European part of the mission flying single-ship sorties; two B-52s, also belonging to the 5th Bomb Wing at Minot Air Force Base, flew as a two-ship formation over Canada and the US. 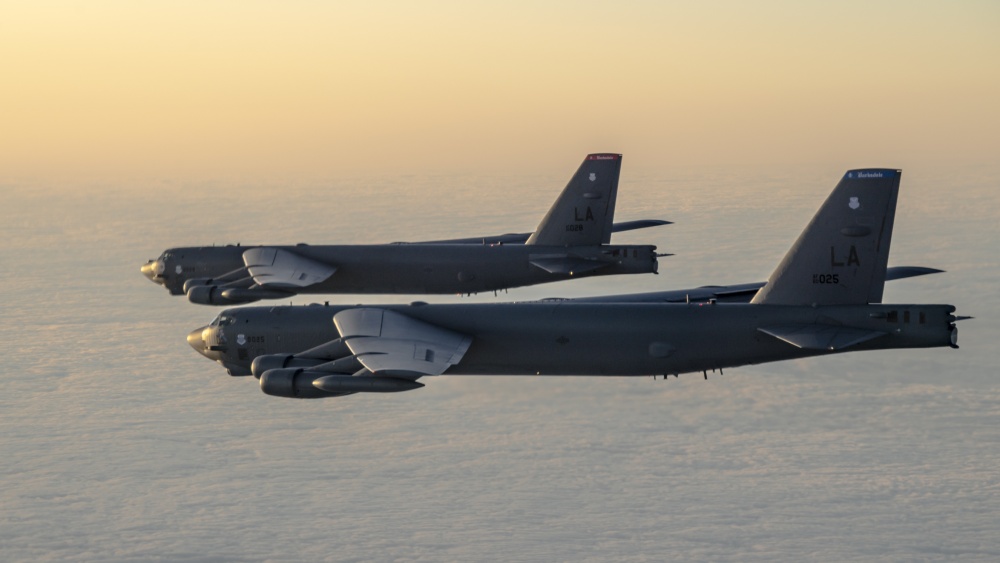 The F-35s of the Royal Netherlands Air Force were tasked to escort one of the B-52 bombers. The Dutch Air Force (Koninklijke Luchtmacht) had announced the participation of its F-35a Lightning II fighters but the mission was abandoned as F-35s could not ‘strangely’ operate in bad weather.

Indeed, as Sidney Plankman, a Dutch MoD spokesperson confirmed to the Algemeen Dagblad media outlet in an article published on September 19, 2020, the intention was that the brand new F-35s from Leeuwarden Air Base would escort the B-52s. However, “there was a great risk of lightning that day. Therefore we have decided not to do it.”

Prior the Algemeen Dagblad article, the Dutch MoD issued a news release to explain that the Dutch F-35s are tentatively not flying due inclement weather and thunderstorms.

“Damaged pipes have been found on F-35A fighters. These are pipes from the On-Board Inert Gas Generation System (OBIGGS) in a fuel tank. All countries with F-35As were advised to avoid flights near storm cells and to protect the aircraft on the ground by a shelter or lightning rod,” says the Dutch MoD statement.

The press release also says that the problem with the OBIGGS and the current investigation will not affect the achievement of the Initial Operational Capability (IOC), that the Dutch fleet should declare by the end of 2021.

The F-35s have been plagued with these issues for several years now. The deficiencies with the system that is supposed to pump nitrogen-enriched air into the fuel tanks to inert them were first uncovered during tests in 2009. The testing exposed F-35s deficiencies and concluded that the mighty and stealthy jets can explode if struck by lightning.

Read the original article on The Aviationist. Penned & Edited By Contributor – Tim Edwards