The US Presidential elections this year will coincide with many state elections which will also be held on the same day i.e. November 3. Apart from Kamala Harris, an Indian American candidate running for Vice President with Joe Biden, many candidates of Indian and Pakistani descent will run for the State elections.

The 2020 US Presidential elections are considered the most important elections in the United States which would decide the course for the country that is worst hit by the Coronavirus pandemic. According to John Hopkins University, the US has crossed over 6.63 million cases with the highest number of deaths.

Protests have erupted around the country with millions of people taking the streets to support the Black Lives Matter movement. Violence was seen at many such protests also.

Among the candidates, Sabina Zafar is a Pakistani American contesting for the position of Mayor of San Ramon. She is currently the Vice Mayor of the city and is the daughter of Raja Shahid Zafar, a Pakistani politician.

Sabina is the first Asian American to make a place in the City Council in San Ramon and is passionate about issues including security, traffic, and climate change. Talking to BBC, she said that her experience in corporate and technology helped her make it to the Council. 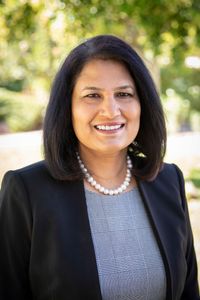 Radhika Kunnel, an Indian American scientist running for election to the Nevada State Assembly to represent District 2. She was born in India and moved to the US in the mid-’90s to become a scientist and obtained an M.S. and Ph.D. in Cancer Biology and Microbiology.

“When elected, I will also be the first South Asian legislator in Nevada. AD2 is a vibrant and diverse community, and representation matters,” she said in her Candidate Connection survey. She added that the combination of her commitment to public service and her professional experience will help her in becoming a successful legislator.

“Frankly, COVID-19 is a reminder that we need leaders in office who can shape conversations about science and technology based on their experience.”

Another candidate is Farrah Khan, a Pakistani American running for Mayor of Irvine. She moved to the US at the age of three with her parents. In an interview with BBC, she said that the current mayor does not understand how diverse and progressive the community has become today and she aims to connect people and bring them together.

The fourth candidate is Padma Kuppa, an Indian American running, a Democratic representative for re-election to the Michigan House of Representatives to represent District 41. According to her candidate survey, she’s an engineer who supports science-based policy to promote energy efficiency and clean energy to mitigate the adverse impacts of climate change such as heavy rainfall events and flooding. Kuppa voluntarily worked in a temple. “I worked voluntarily in the temple because I wanted the children to feel connected. Because you are in a place where everyone is brown, you get lost in comfort among them. Here you find comfort and belonging,” she said talking to BBC.

The fate of all these Pakistani American and Indian American women will be decided in November 3 elections. Whatever, the result might be, these women through their candidature are representing the South Asian community in the United States.

After India, Why Is Moscow Deploying Thousands Of Soldiers Near Russia-China Border?

Amidst China’s aggressive advances at land and at sea, the United States led Quadrilateral Security Dialogue (QSD) alliance with India,...

India has successfully developed an armour jacket for security personnel that is capable of protecting against bullets of different threat...