Meet The Soviet Officer Who Saved Churchill, Stalin and Roosevelt From Assassination

The determination and patriotism of the sons and daughters of Azerbaijan during the Second World War was one of the key factors that brought USSR closer towards the victory over fascism. 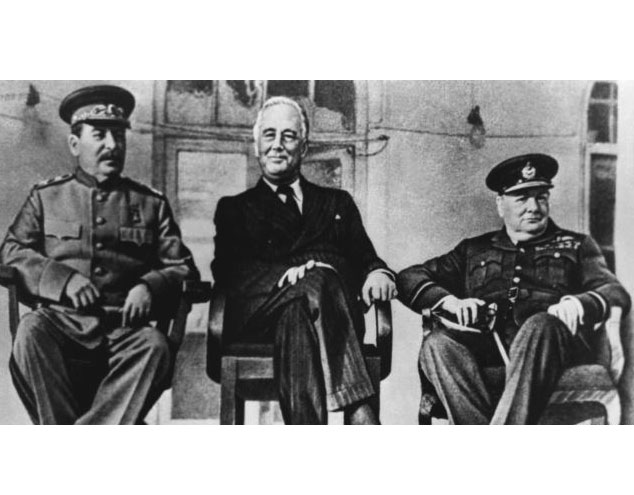 Despite attempts to rewrite history and discredit the feat of Soviet citizens, with each passing year there is more new information about the heroes of the most bloody war of the 20th century, who played a decisive role in restoring peace.

This article is dedicated to one of these heroes. His name is Mammadhuseyn Asadov. During the war years, Asadov was a Soviet intelligence officer and took part in preventing the “Operation Long Jump”.

The mentioned operation was an alleged German plan to simultaneously assassinate Joseph Stalin, Winston Churchill, and Franklin Roosevelt at the 1943 Tehran Conference. Due to Azerbaijan’s geopolitical location, the country’s security officers at the time had a special role in regional intelligence operations.

When Mamedguseyn Asadov turned 19, he began serving in one of the special units of the Soviet Red Army.

After the outbreak of the Great Patriotic War, the Soviet Main Intelligence Directorate sent Asadov to Iran, since he was perfectly aware of the situation, spoke several languages and possessed ample intelligence capabilities.

Iran was at the time chosen the most suitable place for talks of Stalin, Churchill and Roosevelt. The preparation for the talks was going on in utmost secrecy. The allies even didn’t inform Iran about this for safety reasons. Iran learned about the venue six days before the beginning of the talks, that is, on November 22, 1943.

On the night of November 24, Alexander Vasilevsky, a member of the High Command, Chief of the General Staff, Marshal of the Soviet Union, arrived in Astara, where he met Mamedguseyn Asadov, after which they went to Iran together.

Under the orders by Stalin, the main purpose of Vasilevsky’s visit to Iran was to inspect the preparedness for the meeting of the anti-Hitler coalition leaders and to handle the safety issues.

On the eve of the Tehran Conference, Asadov received information about the preparation of the German intelligence services to assassinate the heads of the USSR, the United States and Great Britain.

Asadov was among those to first receive the information, and to actively take part in averting the assassination attempt on Stalin, Churchill and Roosevelt. And for his exceptional role in carrying out this operation, Asadov was awarded two orders at the same time – the Order of Lenin and the Order of the Red Star.

There are many facts about the heroism of Azerbaijanis, shown during the Second World War. But it’s necessary to memorise them not only prior to the anniversary of the victory. As part of the historical heritage, they should be passed on to future generations. These facts are irrefutable evidence of the decisive role of a soldier in resisting fascism.