India recently signed a contract with Russia to buy 21 Mig-29 fighter jets after the deadly border conflict with China. Many experts questioned the need for acquiring ‘outdated’ Russian Mig-29s instead of potent Rafales jets.

However, the recent havoc created by MiG-29s in Libya serves as a reminder to all those who questioned why the Indian Air Force (IAF) acquired the ‘obsolete’ jet. Dodging radars, destroying targets and evading enemies in Libya, the Russian Mig-29 has proved that India’s decision to fighter was absolutely correct.

As reported earlier by the EurAsian Times, aviation experts had questioned India’s recent decision to purchase MiG-29s from Russia over the French Rafale. Many in fact, had labelled the purchase ‘wrong’. 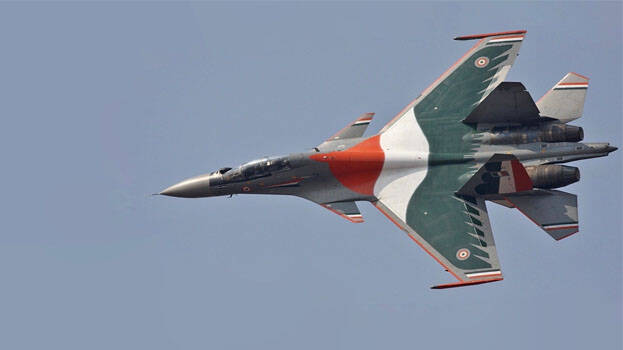 However, after the recent display of Mig-29s prowess in Libya, it has been proven that India’s decision to purchase MiG-29s in the midst of a scuffle with China was correct and that the Russian jet still remains as potent as ever.

In the battlefield of Libya, the MiG-29s operated by the Syrian Air Force have reportedly hammered Turkish missile defence systems installed to protect the Government of National Accord (GNA) and its assets.

According to recent reports which could not be independently verified by the EurAsian Times, two MiG-29s attacked and destroyed the short-range air defence systems deployed by Turkey in Sirte. The radars were unable to detect the approaching MiG-29 aircraft.

The arrival of the MiG-29’s in Libya has changed the tide of war. While earlier GNA and its allies managed to wrest control of territory under the Libyan National Army(LNA), this progress has come to a halt. Instead, the GNA has come under heavy attack from warplanes including MiG-29s and Rafales.

Experts in India have closely followed the activities of the Russian jet in Libya and they hope the jet can achieve similar feats against enemies Pakistan and China, if required

As reported by Eurasian Times earlier, New Delhi today has put its stamp of approval on the IAF’s proposal to procure 21 MIG-29, up-gradation of existing 59 Mig-29 aircraft. The IAF got its first MiG-29 in 1985 and the modernisation will help increase combat capabilities of the MiG-29 fighters to a level comparable to the 4th Generation jets.

Keeping in mind the ongoing scuffle with China, Russia has promised to deliver the MiG-29s in the shortest timeframe possible. The arrival and the up-gradation of the existing MiG-29s will be a major boost to the morale of the IAF and its display in Libya will certainly raise some eyebrows in neighbouring Pakistan.

Penned by Armaan Srivastava. Views Personal. Does Not Reflect the Views of the EurAsian Times.