Another incident of attack of Muslims in India has gone viral. The attackers received social media backlash after their video went viral that displayed Muslim workers being attacked for consuming beef. According to Gulf News, in the video, which was recorded in Bareilly, the four workers could be seen cringing as a group of men beat them with belts and shoes.

The mob also hurled abuses at the group, asking them what they were eating.

One of the workers could be heard apologising with his hands folded and saying that the meat they were eating was of a buffalo. According to reports, the men were sitting near a place of worship.

“Four unidentified labourers had been hired for construction work at a residence. During the lunch break, they had gone to a nearby devasthan (a miniature shrine with idols of gods usually near shady trees) to have a meal sitting under the tree,” police officer Dhananjay Singh was quoted as saying. 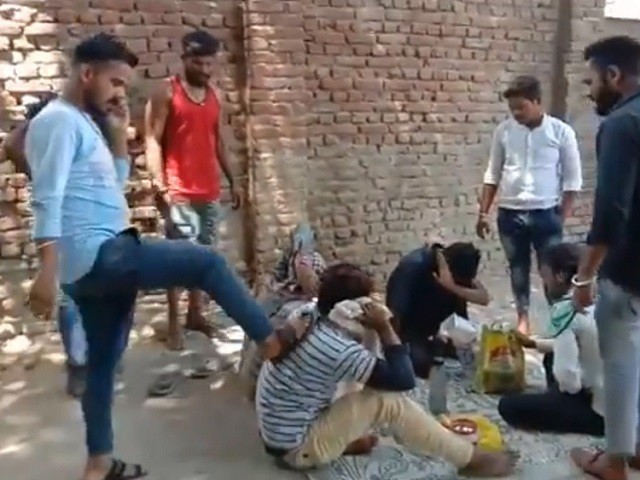 In India, the slaughter of cows is banned in certain states. The current Chief Minister of UP, Yogi Aditynath, took strong action against illegal slaughterhouses and implemented a blanket ban on cow smuggling soon after he was elected to office in 2017. This led to several incidents of lynching by ‘cow vigilantes’ over the years.

Previous article
Emirates Cricket Board Working To Lure Top Indian Players for T20 League
Next article
AN-32 Aircraft Missing in Clouds After Taking Off From Jorhat, Assam: Breaking News