In a boost to PM Modi’s ‘Make in India’ initiative, state-owned Hindustan Aeronautics Limited (HAL) has commenced the delivery of the Dhruv Mark-III Advanced Light Helicopter (ALH) to the Indian Navy and the Coast Guard.

While the Navy received three Dhruv MkIII helicopters, two choppers were delivered to the Coast Guard on Friday.

The advanced helicopters, which have been designed for coastal security, were delivered at the Aero India 2021 show that concluded on Friday.

The deliveries of the helicopters marked the induction of the maritime variant of the Dhruv MKIII. The choppers were “handed over” by R. Madhavan, CMD, HAL, to Admiral Karambir Singh, Chief of Naval Staff, and to K. Natarajan, DG, Coast Guard in the presence of Indian Defence Minister Rajnath Singh.

“Adm Karambir Singh #CNS accepts the first 3 of 16 ALH Mk-III #CoastalSecurity Helicopters from @HALHQBLR. Acceptance of these Helicopters during #AeroIndia2021 reflects the commitment of the #IndianNavy towards # indigenization leading to #AatmanirbharBharat.”

“The fully loaded #multimission helicopter is fitted with an array of advanced sensors. This #MakeInIndia initiative fully meets the #IndianNavy’s mission statement of being #MissionDeployed and #CombatReady.”

Adm Karambir Singh #CNS accepts the first 3 of 16 ALH Mk-III #CoastalSecurity Helicopters from @HALHQBLR.
Acceptance of these Helicopters during #AeroIndia2021 reflects the commitment of the #IndianNavy towards #indigenisation leading to #AatmanirbharBharat (1/2). pic.twitter.com/E4gZsYMMlN

The fully loaded #multimission helicopter is fitted with an array of advanced sensors.
This #MakeInIndia initiative fully meets the #IndianNavy's mission statement of being #MissionDeployed and #CombatReady (2/2).#AatmanirbharBharat@makeinindia pic.twitter.com/8TNSEeY483

The name ‘Dhruv’ is of Sanskrit origin, meaning ‘unshakable’ or ‘firm’. The major variants of the helicopters are classified as Dhruv Mk-I, Mk-II, Mk-III & Mk-IV.

The helicopter has logged close to 300,000 cumulative flight hours and has proven its worth of being highly effective while carrying out different sets of missions. 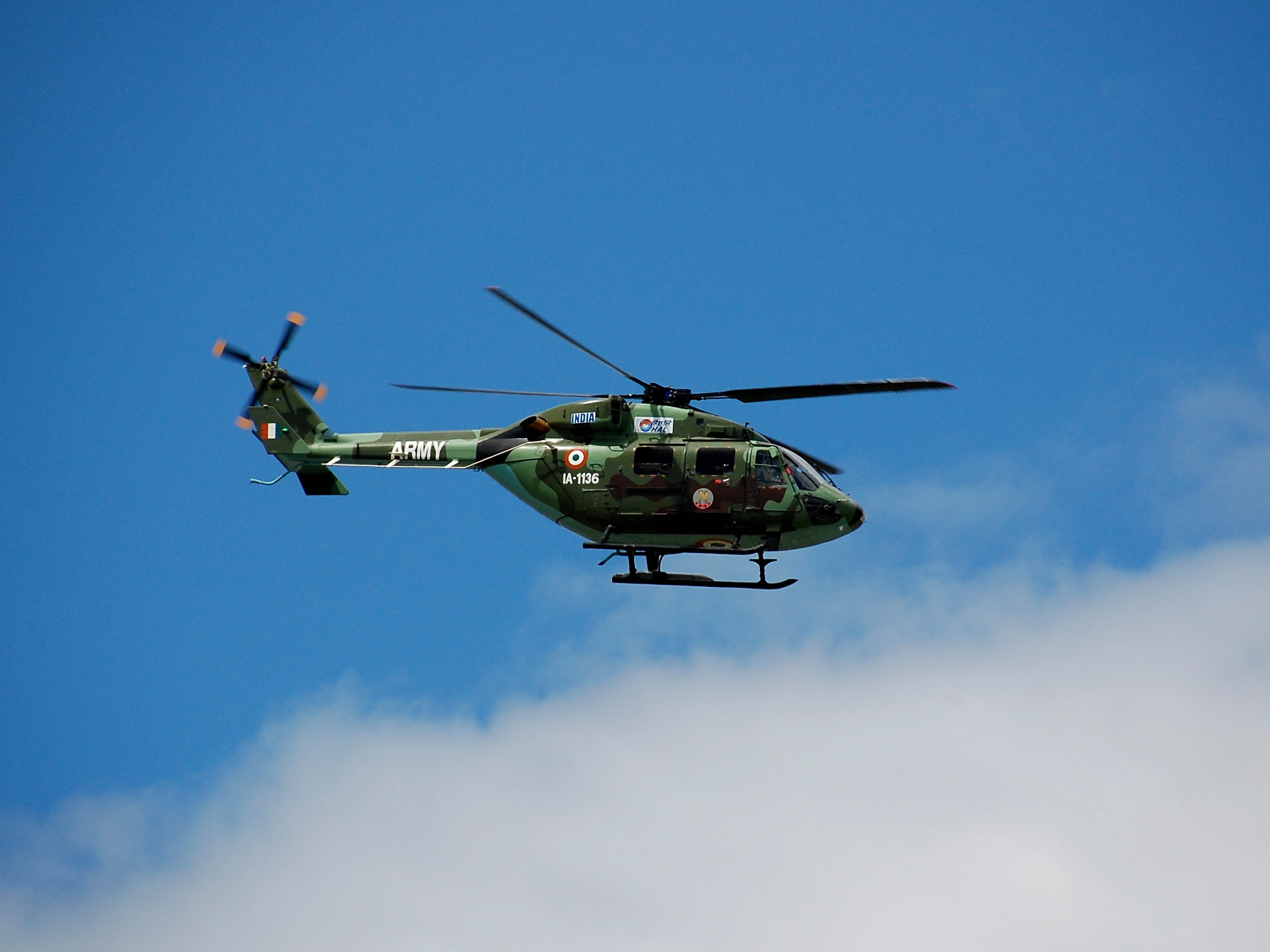 According to Flight Global, the maritime variant of the Dhruv MkIII helicopter is loaded with features that include 19 new systems aimed at enhancing the helicopter’s capabilities.

According to inputs from news agency IANS, the multi-mission helicopters are fitted with an array of advanced sensors that are designed to significantly boost the coastal security capabilities of the country.

The operational capabilities of the advanced helicopters had earlier been demonstrated during Aero India 2021 on February 4.

S. Anbuvelan, Chief Executive of HAL’s Helicopter Complex, spoke on how the deliveries of the helicopters were impacted by the ongoing Corona Virus pandemic.

“We originally planned to deliver 10 Dhruv MkIII helicopters each to the navy and coast guard by 31 March, but deliveries were impacted due to the [Covid-19] pandemic,” said Anbuvelan.

As per reports, HAL is aiming to deliver four more Dhruv MkIII helicopters to the Navy and three additional helicopters for the ICG by the end of March.

While the Covid-19 pandemic has seriously hampered operations of aerospace industries across the world, Anbuvelan says that despite delays, HAL is aiming to complete the delivery of the 16 helicopters ordered by each service by September 2021, as originally contracted.

As things stand, HAL has a total of 60 additional orders for the Dhruv helicopters from the Indian Air Force (IAF), Army, Navy, and Coast Guard.