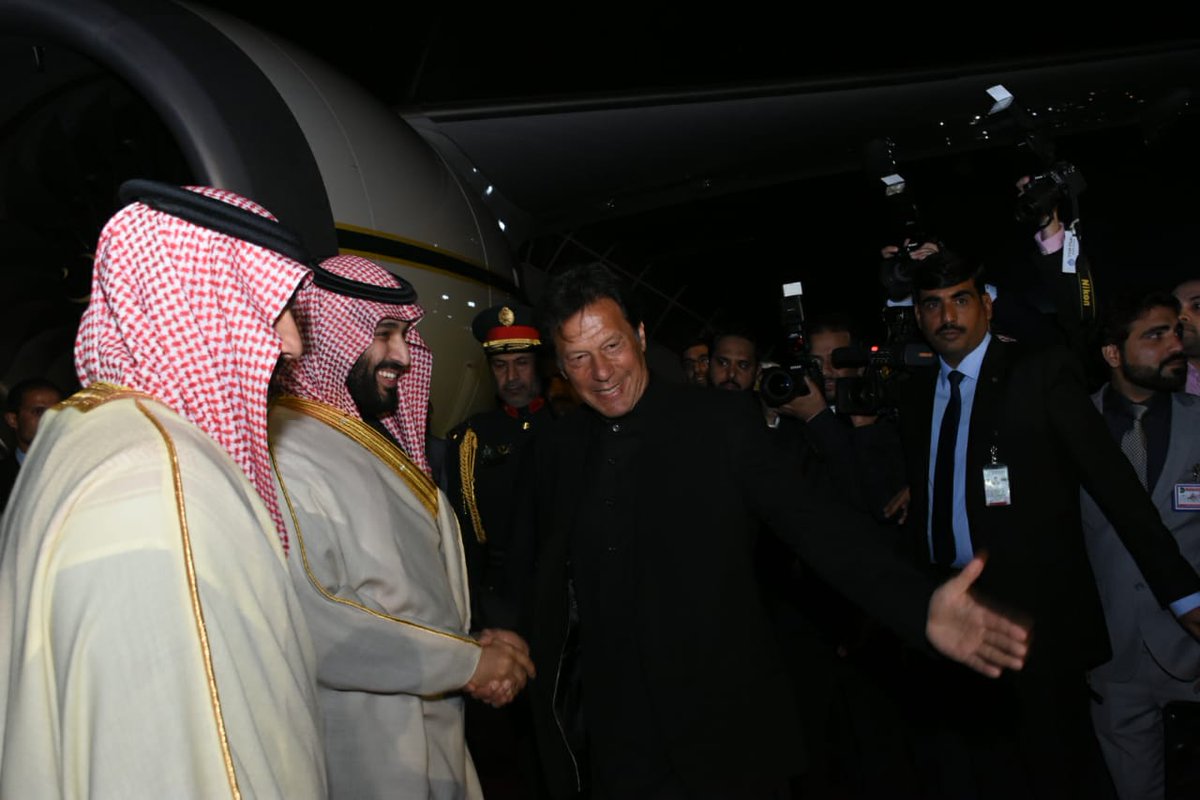 Two children clad in colourful clothes presented a bouquet of flowers to the distinguished guest. The visiting Crown Prince was given a red carpet welcome and a twenty-one gun salute in his honour.

Later, Prime Minister Imran Khan himself drove the car to take the Saudi Crown Prince to the Prime Minister House who sat on the front passenger seat beside him.

Upon arrival at the Prime Minister House, national anthems of both the countries were played on the occasion. A smartly turned out contingent comprising personnel of all three services presented the visiting dignitary a Guard of Honor. The visiting guest inspected the Guard of Honor.