MQM Leader – Altaf Hussain – One of Pakistans’ Most Wanted, Arrested in London

MQM founder Altaf Hussain — who went into exile in the early 1990s from Pakistan— was arrested in London. “A man has been arrested in connection with an investigation into a number of speeches made by an individual associated with the MQM in Pakistan,” read a statement by London’s Metropolitan Police, which did not name Altaf Hussain.

“The man, who is aged in his 60s, was arrested at an address in north-west London. He was arrested on suspicion of intentionally encouraging or assisting offences contrary to Section 44 of the Serious Crime Act 2007.”

(1) A person commits an offence if — – (a) he does an act capable of encouraging or assisting the commission of an offence; and – (b) he intends to encourage or assist its commission.

(2) But he is not to be taken to have intended to encourage or assist the commission of an offence merely because such encouragement or assistance was a foreseeable consequence of his act.

“He was detained under PACE [Police and Criminal Evidence Act 1984] and taken to a south London police station, where he currently remains in police custody,” added the statement. 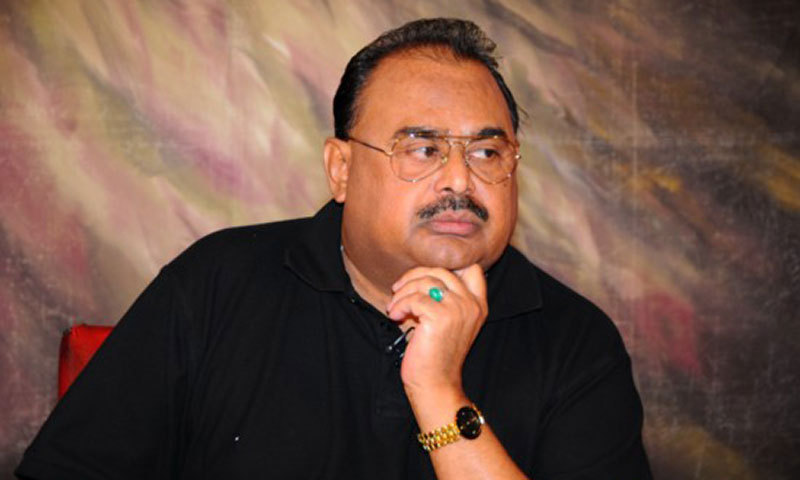 The Police and Criminal Evidence Act 1984 codes of practice regulate police powers and protect public rights. “As part of the investigation, officers are carrying out a search at the north-west London address. Detectives are also searching a separate commercial address in north-west London.

“The investigation, which is being led by officers from the Met’s Counter Terrorism Command, is focused on a speech broadcast in August 2016 by an individual associated with the MQM movement in Pakistan as well as other speeches previously broadcast by the same person,” said the statement.

“Throughout the investigation, officers have been liaising with Pakistani authorities in relation to our ongoing enquiries.”

Over 20 identical FIRs pertaining to ‘hate speech’ were registered against Altaf Hussain and several other leaders and workers of the MQM’s London and Pakistan factions. The London Met Police which began investigating Hussain’s 2016 speech visited Islamabad in April this year to collect evidence and interview key witnesses.

The arrest is in relation to an incendiary speech made by Hussain on August 22, 2016. Hours after Hussain delivered the incendiary speech, MQM workers had attacked the ARY News office in Karachi. Shortly after, the Rangers had detained a handful of senior MQM leaders overnight.

In the days that followed, the Karachi wing of the party led by Farooq Sattar distanced itself from Hussain and the London wing.

Parts of Hussain’s speech that went viral on social media minutes after the violence broke out in Karachi showed that while addressing the MQM workers protesting outside the Karachi Press Club against “enforced disappearances and extrajudicial killings of workers”, the MQM supremo had not only raised slogans against Pakistan but also called the country “a cancer for entire world”.

The minister for the interior at the time had sought assistance from British authorities, and asked them to take action against Hussain for “inciting people of Pakistan to violence”. On August 23, Hussain apologised to the then army chief, Gen Raheel Sharif, and the Rangers director general for his vitriolic speech.

“From the depth of heart, I beg pardon from my remarks against Pakistan, the establishment including Gen Raheel Sharif and DG Rangers,” he said in a statement shared on Twitter by MQM spokesperson Wasay Jalil. “I was under severe mental stress over extra-judicial arrests and precarious condition of my workers sitting at the hunger strike camp.”

Hussain was born on September 17, 1953, in Karachi. He obtained his early education at a public school in Karachi’s Azizabad neighbourhood, a middle-class locality in Karachi where the MQM chief spent his early years and his youth. He later enrolled at the University of Karachi to study Pharmacy and graduated from the program in 1979.

Previously known as the Mohajir Qaumi Movement, Hussain’s party started off as a political group with the aim of representing the Urdu-speaking community which had migrated to Pakistan due to Partition.

His political career began during his student years in KU when he and Azeem Ahmed Tariq founded the All-Pakistan Mohajir Students Organisation (APMSO). Formed in 1978, APMSO gained a massive following within a short period of time. Under Hussain’s leadership, MQM swept the 1988 election in Sindh’s urban areas, emerging as the third largest party.

In the early 1990s, the MQM chief went into exile as the government at the time conducted an operation in Karachi. The MQM under Hussain was accused of using violent tactics to attain and retain political power. On the contrary, Hussain maintained that the state and other political parties have targeted MQM and its workers ever since its formation.

Viewed as the man who controlled Karachi from London, Hussain came under fire in May 2013 for his televised speech across Pakistan where he allegedly demanded the separation of Karachi from the rest of Pakistan if the public mandate of his party was not acceptable to the ‘establishment’. The party later clarified saying it was taken out of context.