The former US Vice-President had voted, as a senator, to approve the 2008 nuclear deal that radically transformed relations between the US and India. Biden has also been consistently supportive of New Delhi even when criticizing it.

Now, pressure has been mounting on Joe Biden to replace its Indian-origin, Muslim outreach manager after his links with Indian ruling party and PM Narendra Modi were revealed.

According to Middle East Eye, Biden campaign is struggling to find a replacement for Amit Jani (the Indian-origin outreach manager), as the number of candidates competing for the Democratic presidential nomination has gone down to two.

Several Muslim-American political advisers have been requested to assist find a new candidate to ensure the American Muslim vote amid apprehensions that Jani’s presence will antagonise Muslims from supporting Biden.

Recently, more than 30 prominent academics, activists and organisations signed a letter calling for Biden to fire Jani.  “It is unacceptable for the AAPI Outreach Coordinator of a Presidential candidate to have ties with Hindu fascists, for it endangers his relations with the entire AAPI community,” read the letter, signed by academics and activists including Cornel West, Steven Salaita and Sanaa Abrar. 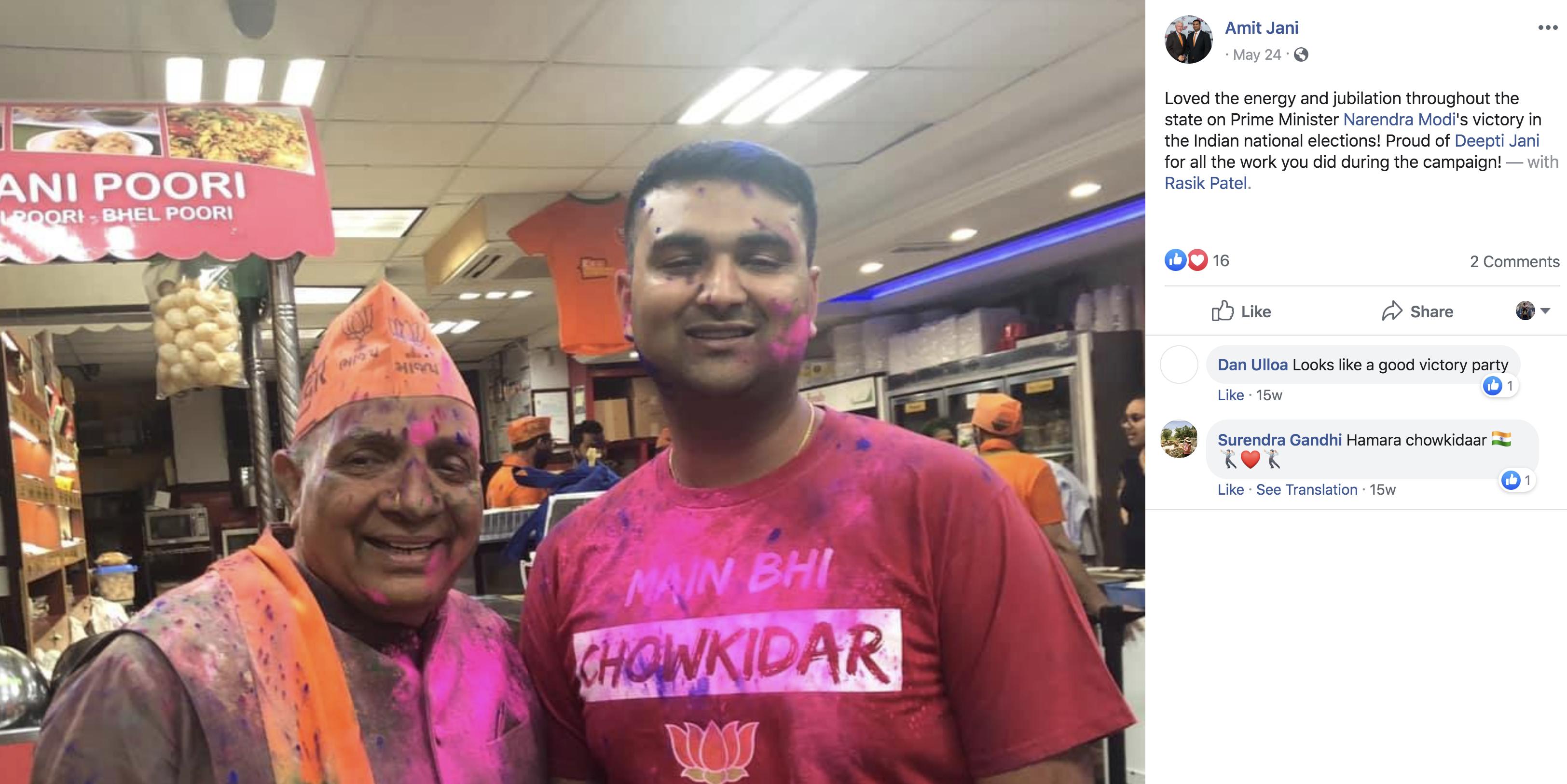 “The AAPI community has been weathering attacks on our religious freedom, immigration rights, xenophobia, and increased hate crimes. Biden should be hiring an AAPI Coordinator that can speak to all of our needs, not someone in bed with a violent Hindu nationalist movement.”

According to claims, Jani’s family has strong connections with the BJP and especially with Indian Prime Minister Narendra Modi. Jani’s late father, Suresh, come from the same village as Modi and they originally met at a meeting organised by the Hindu paramilitary organisation, the Rashtriya Swayamsevak Sangh (RSS), as per claims.

Suresh later became one of the founders of Overseas Friends of BJP (OFBJP) in the United States, and the family hosted Modi at their home in New Jersey in 1993.