NASA is currently working on plans to send robot dogs to Mars as part of their “Mars Dogs” project, under which the four-legged, artificial intelligence (AI) powered bots will navigate the Red Planet’s rough terrain and underground caves.

According to sources, the robot dogs will operate in the same manner as the iconic wheeled rovers such as the Spirit, Opportunity, Curiosity, and the recently launched Perseverance.

However, the Mars Dogs will bring much more to the table due to their ability to maneuver in a way they other rovers could not. According to the scientists at the AGU, the new robots will be far more agile and resilient in carrying out missions on the tricky terrain of the planet.

Moreover, the presence of sensors on the robots will enable the robots to evade obstacles, choose between multiple paths, and build virtual maps of buried tunnels and caverns for operators at home base.

The autonomous Mars canine, named “Au-Spot”, is a modified version of a four-legged mechanical explorer called “Spot”. Spot was created by robotics company Boston Dynamics as an agile mobile robot that could navigate terrain with unprecedented mobility.

According to reports, over 60 scientists and engineers were part of the team which equipped Au-Spot with networked sensors and software to help it autonomously scan, navigate, and map its environment safely.

The team is part of Collaborative SubTerranean Autonomous Resilient Robots or CoSTAR, which is a collaboration between NASA’s JPL, MIT, Caltech, KAIST, LTU, and several industry partners. 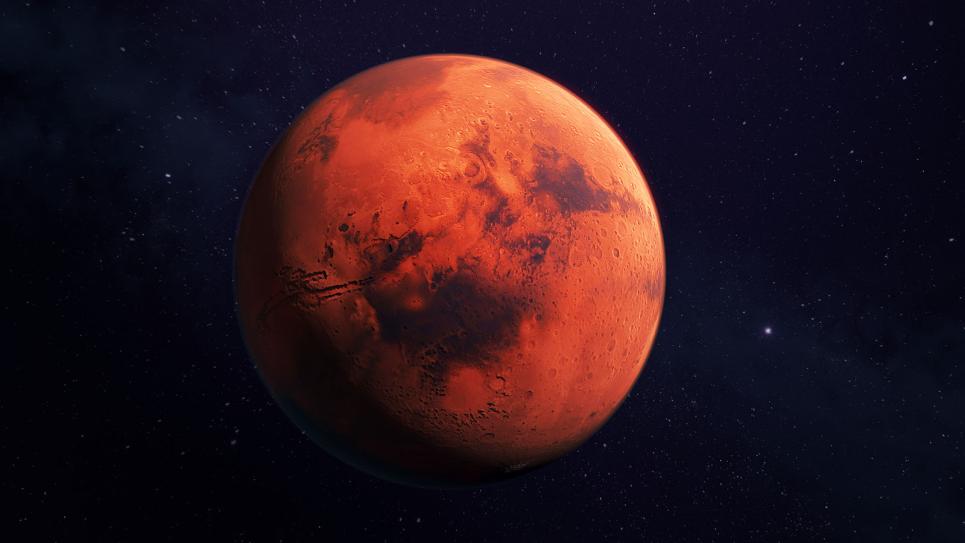 The traditional rovers present on the Red Planet are mostly limited to flat surfaces, however, a lot of scientifically interesting regions can only be reached by crossing very rough terrain or by descending below the surface.

NASA’s robot dogs are up for that task, as according to the scientists, unlike the rovers who cannot get up if they topple over, the dogs can.

“Toppling does not mean mission failure,”

“Using recovery algorithms, the robot can self-right from a multitude of falls.” said the scientists during the presentation.

Moreover, according to the scientists, a Mars Dog would be approximately 12 times lighter than the current rovers and also possess the ability to travel much faster, with normal walking speeds of 3 mph (5 km/h). On the other hand, the Curiosity rover rolls along the surface of the planet at about 0.09 mph (0.14 km/h), offering the advantage to the robot dogs.

According to reports, NASA has been looking to make use of such robot dogs for its Mars missions since 2018. The presence of these robots on the planet could really accelerate the research on the planet and pave ways for expanding findings.

Currently, the Mars robot dog is undergoing tests, which include complete different obstacle courses on Earth. Under the training, the dog is learning to maneuver through tunnels, climb up the stairs and ramps, and travel in locations that resemble the surface and subsurface of Mars.

While the prospect of sending these dogs on the planet, there has been no set launch date for the Au-Spot so far.