The US-led NATO has kicked off its annual maritime exercise BALTOPS in the Baltic region, which is being closely watched by Russia.

For the few past months, Russia and NATO have been at loggerheads over the Russian military-build-up at its border with Ukraine. While Ukraine has enjoyed the support of the US and NATO since 2014, Moscow justifies its recent military build-up as a response to NATO’s threatening posture in the region.

The NATO war games come weeks after five surface combatants of the Russian Baltic Fleet’s Leningrad naval base conducted artillery firings during drills in the Gulf of Finland.

According to Mehr News agency, Moscow believes the US and NATO are fueling military tensions in Europe.

The BALTOPS exercise comprising NATO allies and partners began on June 6. As many as 18 countries are participating in the exercise this year. There are three major components of the exercise — combat enhancement training (CET), force integration training (FIT), and a tactical phase of the exercise (TACEX). 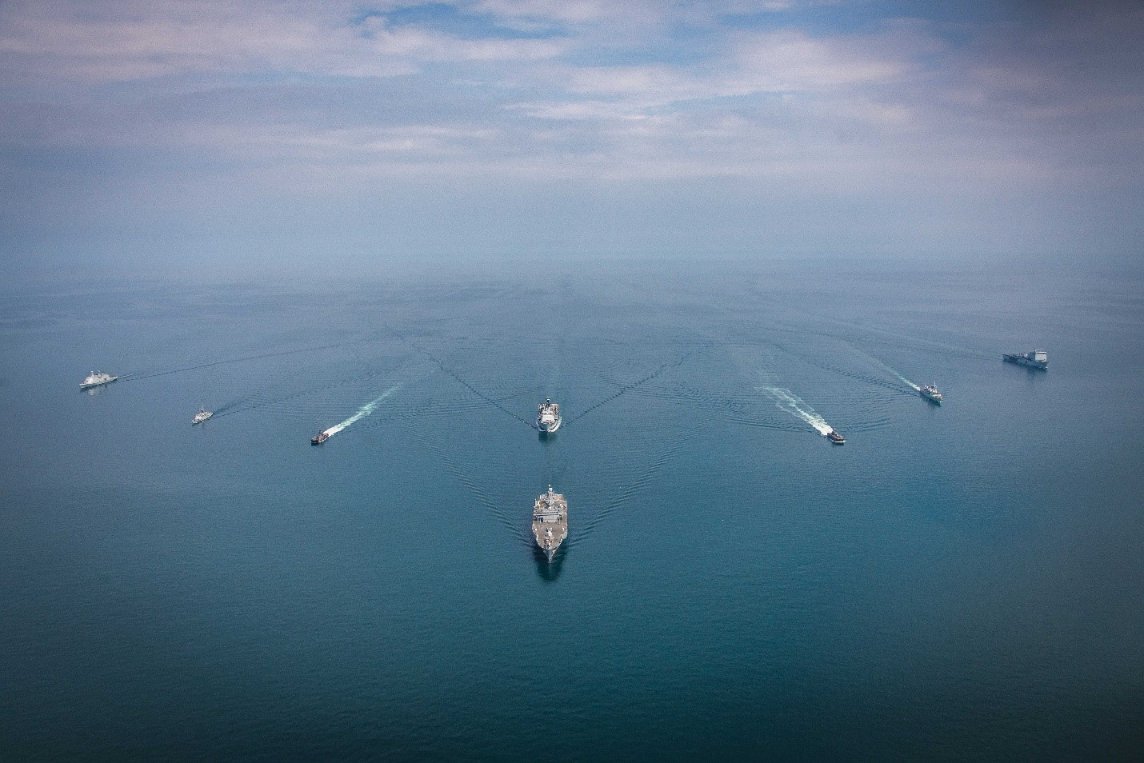 It is believed that 40 maritime units, 60 aircraft, and 4,000 personnel from 16 NATO and 2 partner countries are taking part in the exercise. This year the exercise also includes defensive cyber warfare tactics, along with other training events like air defense, anti-submarine warfare, and amphibious operations.

Held since 1972, BALTOPS is aimed at increasing interoperability and enhancing flexibility among the participants, according to Naval News. The exercises will conclude on June 18.

In March this year, reports started pouring in of the Russian military advancing towards its eastern border with Ukraine and Crimea. At the time, the spokesman of the Russian President had termed the movement of Russian troops in the region as an “internal matter”.

In April, Sergei Shoigu, the Russian Defence Minister, had stated that the movement of Russian troops — infantry and airborne troops — was part of an exercise at the western border. Russia accused NATO of “threatening actions” and called its own troop movement as part of its response.

The NATO general secretary had termed the Russian build-up as “unjustified and deeply concerning”.

On April 23, Russia finally ordered the withdrawal of its troops from the border. However, even after weeks of the announcement, the troop withdrawal process was not completed.

According to reports in May, Ukrainian President Volodymyr Zelenskyy stated that Russia had only pulled out only 3,500 soldiers. Some reports say, about 10,000 Russian soldiers are still deployed near the Ukraine border.

The recent Russian build-up on the borders brought the Donbas region into focus. The region has a majority of Russian-speakers, many with a Russian passport.

Tensions between Russia and Ukraine have been on the rise since 2014 following Moscow’s annexation of Crimea. 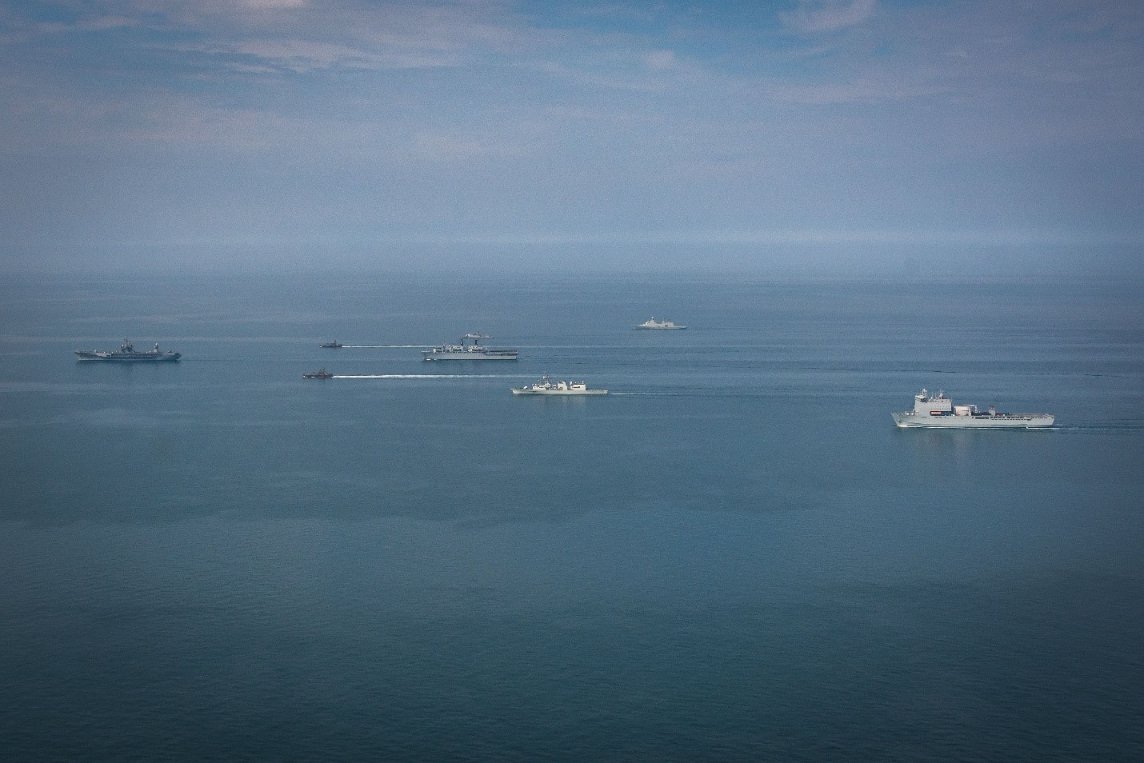 In 2014 and 2015, the Minsk Agreements were signed, which aimed to deter the conflicts between Ukraine and pro-Russian separatists. In an earlier report, The Eurasian Times had given details of the conflict.

The report stated that the agreements also called for a ceasefire in the region, and authorized the Kyiv administration to give Donbas special status through a constitutional amendment.

The agreements sought the pro-Russian separatists to pull out from the Ukraine-Russia border. The terms of the agreements could never be fulfilled, with both sides blaming the other for the violation of the ceasefire.

In 2019, Russian and Ukrainian leaders met in Paris and decided to uphold the Minsk Agreement. Accordingly, both sides decided to maintain a complete ceasefire in 2020. But tensions flared up between the two again this year.

US & NATO Support For Ukraine

In April, NATO stated its concerns on the Russian-military build-up at the Ukrainian border.

Addressing a media conference at the NATO headquarters in Brussels, US Secretary of State Antony Blinken estimated that Russia had stationed around 40,000 troops at the border, which is the largest Russian build-up on the Ukrainian border since 2014.

Blinken has stated US cooperation with Ukraine on wide-ranging issues, a move which may have irked Moscow more. On the eve of his visit to Ukraine last month, he had highlighted “unwavering US support for Ukraine’s sovereignty and territorial integrity in the face of Russia’s ongoing aggression.” In

US Senator Rob Portman also reportedly expressed his support for Ukraine’s membership in NATO. Since 2014, the US has given $4.6 billion in security and non-security assistance to Ukraine.

Earlier, the US said that Russia might have stationed Pantsir-S1 (NATO reporting name SA-22) air defense systems in the area. The Pantsir-S1 was designed to provide air defense of military, industrial and administrative installations against aircraft, helicopters, precision munitions, cruise missiles, and UAV.

In April, The EurAsian Times reported citing satellite images that Russia had deployed its warplanes, including SU-34s, near the border with Ukraine and in Crimea.

Previous articleAfghanistan: US Actively Discussing Military Base Facility With Pakistan — Reports
Next articleVietnam’s Venice: How A Sleepy Island In Vietnam Could Challenge Pattaya & Bali As A Key Tourist Attraction