In a shocking revelation, Pakistan’s former Prime Minister Nawaz Sharif claimed, in the third opposition party rally in Quetta, that the Kargil war in 1999 was initiated by a few generals and not the Army, reported ANI.

The report further said that Sharif further accused Pervez Musharraf of using the Army for his personal gains.

“The task of initiating the Kargil war, which witnessed the deaths of our brave soldiers, and disgraced Pakistan in front of the world, was not done by the Army, but by a few generals.

They threw not only the Army but the country and community in the war in such a place, that nothing could be achieved from it,” Sharif said addressing the rally on the video call from London.

“The moment was painful for me when I learnt that our brave soldiers lamented that when they were sent to the peaks, without food. They did not even have weapons. They sacrificed their lives. But what did the country or community achieve?” he added. 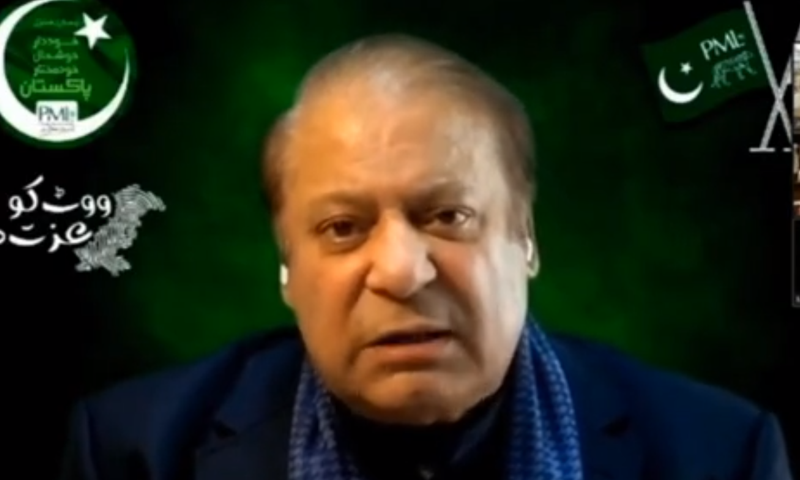 He added that the soldiers didn’t have weapons to fight the Kargil war and they had to sacrifice their lives. “But what did the country or community achieve?” Sharif said.

He further alleged these generals of the 1999 coup under Musharaf that ousted the then government of Nawaz Sharif and were behind the assassination of Benazir Bhutto.

“Those behind the Kargil war were the same who did a coup and installed a martial law on 12 October 1999, to hide their actions and escape the punishment. Pervez Musharraf and some of his friends, who misused the Army for their own benefit.

These people were named by Benazir Bhutto for her murder in her letter. These people are responsible for all the misfortunes of Balochistan,” Sharif said.

Pakistan is witnessing massive protests lead by 11 opposition parties that have come together to form Pakistan Democratic Movement (PDM) against Prime Minister Imran Khan. Massive rallies were earlier organised in Karachi and Gujranwala in the wake of a nationwide agitation against the government.

Previous articleAfter UAE, Has Israel Removed Its Objection To Sell F-35 Stealth Jets To Qatar?
Next articleIs India Going The Israel Way by Threatening ‘Enemies’ To Take The Battle On Their Soil?

Why China ‘Running Over’ Taiwan Will Have Serious Implications For Both India & Japan?