Nearly After 20 Years, U.S. Does A Pakistan To Sri-Lanka; Infuriates China

The US language is now turning belligerent, with a startling similarity to the language once used by the country against Pakistan, in the aftermath of the 9/11 attacks. The US had then threatened Pakistan to be ‘with it or against it.’

The same tone and tenor is again in use, this time, in context to Sri Lanka as US secretary of state Mike Pompeo visited the country on 27 October, which will be followed by his visits to Maldives and Indonesia.

Ahead of Pompeo’s visit, the US principal deputy assistant secretary at the US State Department Bureau of South and Central Asian Affairs Dean Thompson had hinted at Sri Lanka to ‘pick-up a side between China and the US’, towards which China took to an obvious exception.

The US in actuality is sending a stringent message to all the concerned four South Asian countries.

China spelt it out through Global Times, its government organ, on October 26, stating that the US is trying to openly sow discord between Sri Lanka and China. “As a sincere friend of the Sri Lankan people, China is happy to see the island developing healthy relations with other countries,” said the statement.

“However, we are firmly opposed to the United States taking the opportunity of the State Secretary’s visit to sow and interfere in China-Sri Lanka relations, and to coerce and bully Sri Lanka,” it added.

The Chinese government also ‘urged the US to take a proper attitude to view China-Sri Lanka relations in accordance with the actual needs of the Sri Lankan people and to stop interfering in the domestic and diplomatic affairs of other countries.’

Thompson was also quoted by the media as saying, “We encourage Sri Lanka to review the options we offer for transparent and sustainable economic development in contrast to discriminatory and opaque practices.”

China also questioned the timing of the visit considering Sri Lanka is being asked to host a large delegation from the US which has had more than 8.7 million cases of COVID-19. Washington is said to have forwarded a strong message to coerce Sri Lanka to ‘make difficult but necessary choices’ regarding ties with China.

India is already basking in US glory as BECA has been inked with Mike Pompeo, which will guarantee US support to India against a possible two-front-war with China and Pakistan. 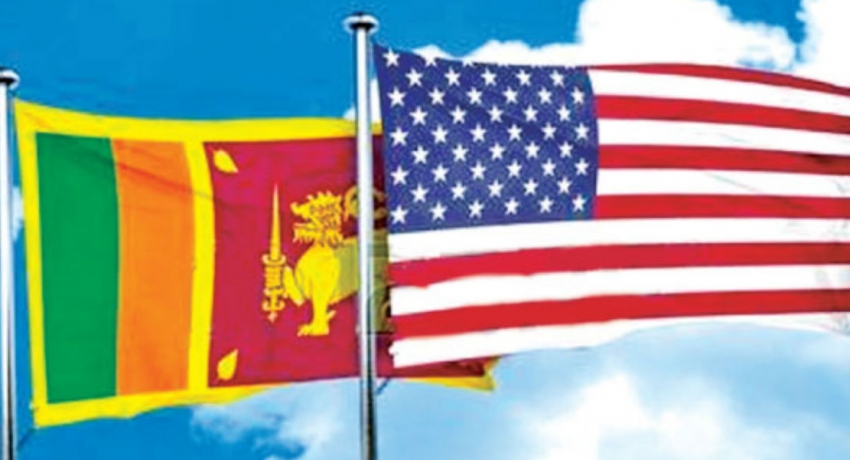 And the US move against Sri Lanka cannot just be construed to be nothing short of holding Sri Lanka by the scruff-of-the-neck despite the fact that China is the largest investor in the country with nearly 15 billion USD, according to GateWayHouse.in, and which tends to grow more in size.

It was in 2017 when Sri Lanka had leased its Hambantota Island to China for 99 years which was to be a part of China’s BRI initiative. China was thereby forced to throw a hard choice for Sri Lanka, which it had rescued in the ‘hour of need’ when the island nation was reeling under debt.

It is well known how Sri Lanka had turned towards China, rather than IMF, to avoid a default, as was reported by Asia Nikkei on 12 October 2020. In yet another editorial in Global Times on 25 October, China expressed its demeanor by claiming that Pompeo’s last foreign visit before the US November 3 elections won’t be a victory lap.

“The purpose for India to move closer to the US is to increase India’s leverage in negotiating border issues with China. India is China’s neighbor and its strength is weaker than China’s. Will New Delhi stand at the forefront of the US anti-China line? It is not that silly.

US-India cooperation may make China unhappy, but it will not exert psychological pressure that could force China to make strategic concessions,” the state-owned outlet observed.

The Maldives and Sri Lanka are two small countries whose interests lie in keeping sound relations with all major powers in order to gain more investment and attract more tourists. The US will not invest in them as they attract few American tourists.

China has injected dynamics in the economic development of these two Asian countries, which have no reason to go against China and cozy up to the US.

Indonesia is the largest country in Southeast Asia. It once bought military jets from the US and had to withstand a cessation in the supply of jet components due to US sanctions. Jakarta will not forget that.

It is quite easy for Indonesia to figure out from which country – China or the US – it can gain more respect and economic development. There is no serious dispute over the South China Sea between Jakarta and Beijing, and the two sides have effectively managed their divergences. The core task of Indonesia is to develop itself rather than to confront a certain big country or to act as a US pawn. Jakarta’s wisdom will and shall never be humiliated by a white centralist like Pompeo.

Two powerfully opposing blocs are emerging and the world is preparing to gear up for a war with global consequences with the US grooming an anti-China front through QUAD, which has Australia, Japan and India in it.

China is also sparring with the US in the South China Sea, since June 18, when the former had sent three of its aircraft carriers into the region.

The power tussle gets more interesting with Russia signaling to the US about its possible military alliance with China, which is the most potent trumpet blown towards World War 3.

Pakistan, Turkey, and Iran are to be with China while the US, Kingdom of Saudi Arabia, India, Israel, Taiwan, and other European nations are to be in the US bloc. It may be ironic that Global Times in the same editorial had called Pompeo a ‘political clown’, who is destined to be ridiculed by history.

Let’s see what holds for the world after the US November elections end.