Pakistan Envoy Says It Can Help The UK Post BREXIT

Brexit can provide a great opportunity for Pakistan in trade and overseas employment, Pakistan’s High Commission to the United Kingdom Nafees Zakaria stated while conversing with Pakistani newspaper – The Dawn. 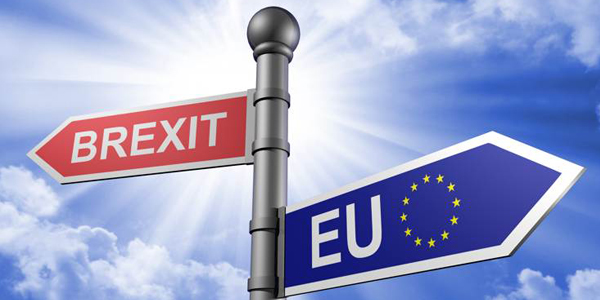 “There has to be a proper market study about demands and gaps in the UK after Brexit,” Zakariya said. “This is where an opportunity for Pakistan would appear. We are looking at what is available in Pakistan that could be useful here.”

Zakaria cited the example of how Pakistan’s human resources capital could benefit the UK, which will look to fill jobs. “It’s not just specific to any one particular segment. The jobs could be for doctors, nurses, IT professionals etc.”

He added that Pakistani products can become useful in the UK when demand for competitively-priced items increases.

The high commissioner’s comments come as London is pushing for a no-deal Brexit, which means the UK would no longer be a member of the EU and would have no trade agreement. If British PM Johnson succeeds, the move could dramatically impact the UK’s trade relationship with the EU.

Analysts fear that the price of imported goods in shops for Britons could go up as a result and that some British-made products may be rejected by the EU because certification might be required. Manufacturers could also move their operations to the EU to avoid delays for items coming from across the border.
Mr Zakaria expressed satisfaction with UK MPs’ response to Pakistan highlighting the Kashmir issue.

“If you look at the level of concern that has been raised by parliamentarians across parties, it is unprecedented,” he said. He added that more than 100 MPs have written to their own leadership, leaders in the UN as well as the Indian leadership expressing concern about the humanitarian crisis in Kashmir.

“They have not stopped at writing letters, they have talked about it on social media as well,” he said.

Mr Zakaria says the massive turnout at pro-Kashmir rallies in the UK is a testament to the positive response the British community has given to the crisis in Kashmir.

When asked about the controversy surrounding Nasir Butt, the Pakistan Muslim League-Nawaz leader who said he was denied entry to the high commission a week ago, the ambassador said. “We don’t discriminate on the basis of political affiliation. He added: “We have a set procedure, anyone who wants a consular facility has to set up an online appointment. He did not have an online appointment, so he was politely asked to get an appointment.”

Mr Zakaria added that the consular officer who spoke with Mr Butt also had to determine if consular services can be provided to a person who has an arrest warrant against him. Mr Butt had approached the mission to get an attestation of a forensic report which he says vindicates his stance in the video controversy surrounding Judge Arshad Malik. Mr Butt fled Pakistan before a raid was conducted on his home. A warrant has been issued for his arrest.

Originally Published By The Dawn