Pakistan foreign office has rejected baseless media reports regarding the change in its visa policy for the resident of Jammu and Kashmir.

According to a statement issued by the Foreign Office spokesperson Aisha Farooqui, “Media reports, which appeared in a section of media, about changes in Pakistani visa for residents of Indian Occupied Jammu and Kashmir, are completely baseless and incorrect. 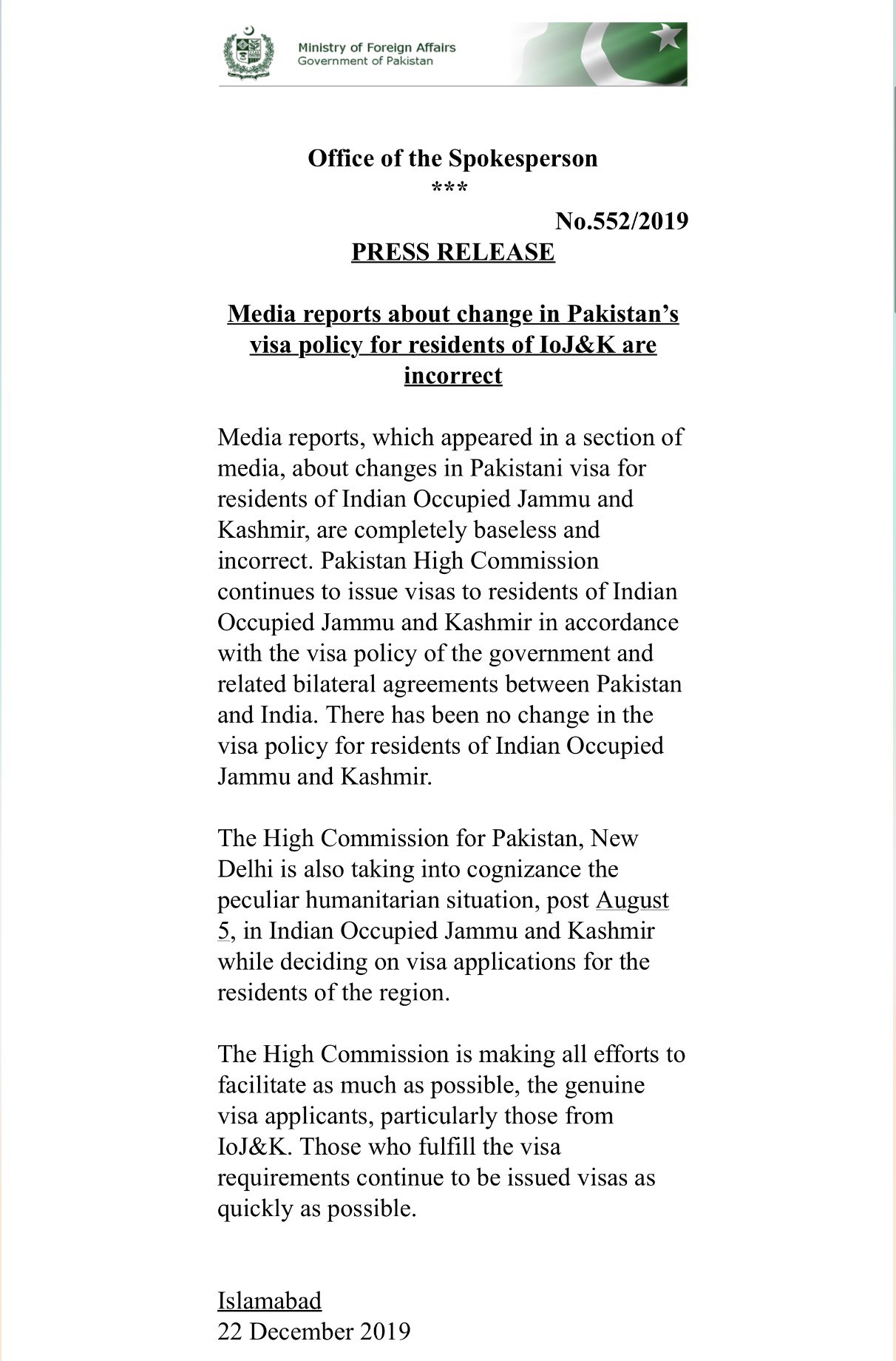 According to the statement, the Pakistani High Commission in New Delhi is already taking into consideration the “peculiar humanitarian situation” in the occupied region while approving the visa applications for the resident of J&K.

“The High Commission is making all efforts to facilitate as much as possible, the genuine visa applicants, particularly those from IoJ&K,” said Farooqui, adding that those who fulfill the visa requirements continue to be issued visas as quickly as possible.