China has rejected reports that it has constructed houses in a village in India’s Arunachal Pradesh even as the war of words between New Delhi and Beijing over the matter intensifies. China has never recognized Arunachal Pradesh and considers it part of southern Tibet.

Indian news portal NDTV reported on Monday that China has undertaken the construction of 101 houses in a village in Arunachal Pradesh. Satellite images accessed by the news website showed “the construction, approximately 4.5 km within Indian territory of the de facto border (Line of Actual Control)”.

The village located on the banks of the River Tsari Chu, in the Upper Subansiri district, has been a point of conflict between India and China due to the absence of any defined border.

The ruling Bharatiya Janata Party’s lawmaker Tapir Gao told NDTV that the new construction includes a new double-lane road. China has entered 60-70km into the village in India and is constructing a road along the river, he said.

Meanwhile, not denying the development, India’s External Affairs Ministry has said they are aware of the matter and China has undertaken such construction along the border in the past as well. However, the ministry did not answer if the matter was diplomatically raised with China.

“We have seen recent reports on China undertaking construction work along the border areas with India. China has undertaken such infrastructure construction activity in the past several years,” the ministry statement said.

“Government keeps a constant watch on all developments having a bearing on India’s security and takes all the necessary measures to safeguard its sovereignty and territorial integrity,” it said.

Chinese experts have rejected the Indian media report. State-owned Global Times claims that Arunachal Pradesh was founded illegally in the last century and that India occupies about 90,000 square kilometers of Chinese territory.

Qian Feng, director of the research department at the National Strategy Institute at Tsinghua University, told Global Times: “China and India haven’t demarcated the borderline of this area yet. So they cannot accuse China of building a village on the Indian side.” 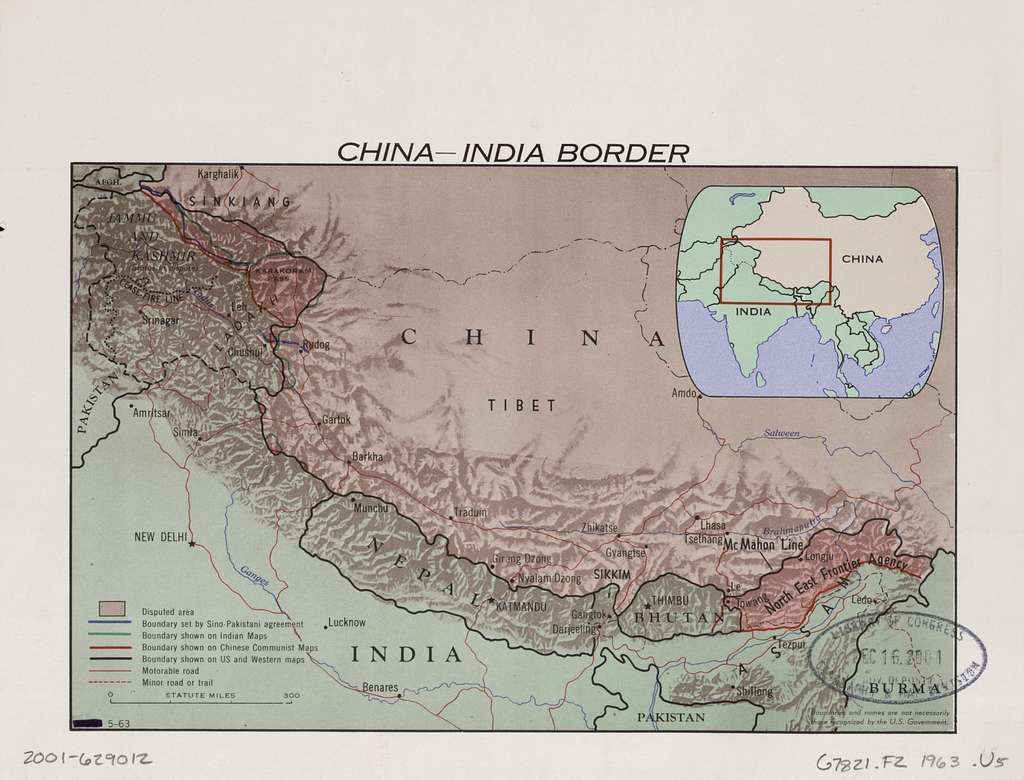 Another Chinese expert said the River Tsari Chu, a tributary of the Xibaxia Qu River (called the Subansiri River in India) in China’s Tibet Autonomous Region, is an “inherent part of China’s territory”. They reiterate that historically these areas were under the jurisdiction of the local government in China’s Tibet.

The state-owned media report says that the Communist Party of China has given importance to constructing comfortable villages for different ethnic groups residing in Tibet. The experts said that border villages have given access to good houses and roads.

The Chinese state media has criticized the NDTV report, saying it “distorts facts, which jeopardizes the two countries’ efforts to maintain peace and tranquility in the border areas”.

The relations between the Asian neighbors hit a new low following the June 15, 2020 Galwan Valley clash between their armies, resulting in the death of 20 Indian soldiers.