Pakistan Foreign Minister Shah Mahmood Qureshi has rubbished claims of disagreement between Pakistan and Saudi Arabia (over Iran) and said the Imran Khan government has actually enhanced ties with the Kingdom.

No Change In Nuclear First Use Policy, Imran Khan’s Peace Statement Brushed Away By Pakistan Army?

Talking to a private news channel, Qureshi said the elements seeking to destroy the Muslim world are building such perceptions.

To a question about the perception of Kuala Lumpur Summit being raised as a parallel platform or against the OIC, Qureshi said it is not being held for the first time, rather Mahathir Muhammad had already organized such sessions as his private initiative before assuming the office of the Malaysian Prime Minister.

He said Mahathir Mohammed has sent his foreign minister to Saudi Arabia to extend a formal invitation for the summit considering it a very vital member of the Muslim world.

Qureshi said such perceptions are being designed and fanned by the elements who have reservations over the Muslim countries joining heads to discuss their socio-economic development and exploit their potential in the fields of skills and technology. 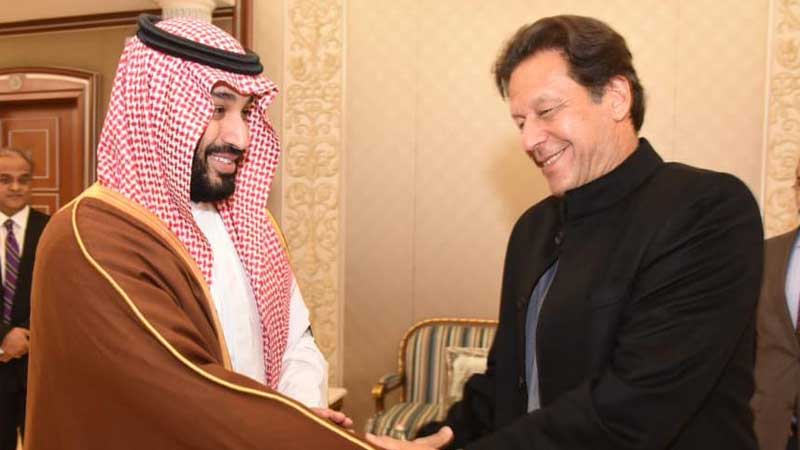 The PM’s visit to Saudi Arabia is part of the regular exchanges between the leadership of the two countries. On his arrival in the Saudi capital city, Khan was received by Governor of Riyadh Prince Faisal bin Bandar bin Abdulaziz Al Saud and Ambassador of Pakistan in Saudi Arabia Raja Ali Ijaz at Royal Terminal of Riyadh Airport.

The trip comes after the visit of Shah Mehmood Qureshi, who, accompanied by the ISI chief, visited Riyadh on Wednesday and believed to have laid the ground for the Khan’s visit.

This is PM Imran’s fourth visit to Saudi Arabia since May. In October, he also travelled to Iran following his meeting with Saudi Crown Prince Mohammed bin Salman in Riyadh and Iranian President Hassan Rouhani in New York in September.

Pakistan has been relentlessly working to mend ties between Iran and Saudi Arabia after the Saudi oil facilities came under missile attacks. Reports say the high frequency of visits by Pakistani civil and military leadership to Saudi Arabia and Iran over the past few weeks hints at a possible breakthrough.

Previous articleHindus In Bangladesh Upset By Indian Citizenship Amendment Bill
Next articleIndia At War With Itself As Muslims Sidelined In Modi’s New India: OpEd