The curious case of Kim Jong-un –  the supreme leader of North Korea, is getting even more enthralling. Kim Jong-un has reportedly expressed his appreciation to the workers of a major construction project in the town of Samjiyon, according to the official newspaper of the Central Committee of the Workers’ Party of Korea — Rodong Sinmun.

Attack On US Base Paves Way For The Deployment Of Patriot Air Defence Systems In Iraq? OpEd

“Supreme Leader Kim Jong-un appreciated the workers, who have honestly and with all their heart made a contribution to creating the town of Samjiyon,” the article reads, giving no further details when the message was sent to the builders and on Kim’s whereabouts.

The publication reported on Sunday that Supreme Leader Kim Jong-un “sent thanks” to workers who have been in engaged in the rebuilding of what has been touted as an “ideal socialist village” by the North Korean leader.

The city of Samjiyon, which is reported to be the birthplace of Kim Jong-un’s late father — Kim Jong-il, is assumed to undergo a comprehensive makeover, being transformed into a model city with new railway stations, power and telecommunications infrastructure and hundreds of state-of-art buildings.

It is located at the foot of Mount Paektu – the ‘sacred mountain’ – which the North Korean leader has visited in recent years. In early December, the Kim inaugurated the renovated city in an extravagant ceremony.

Earlier, as EurAsian Times reported, citing media sources a train belonging to Kim Jong-un was identified in a satellite image. In a report on Saturday, 38 North monitoring group said the train was stationed at the “leadership station” in Wonsan on April 21 and April 23. 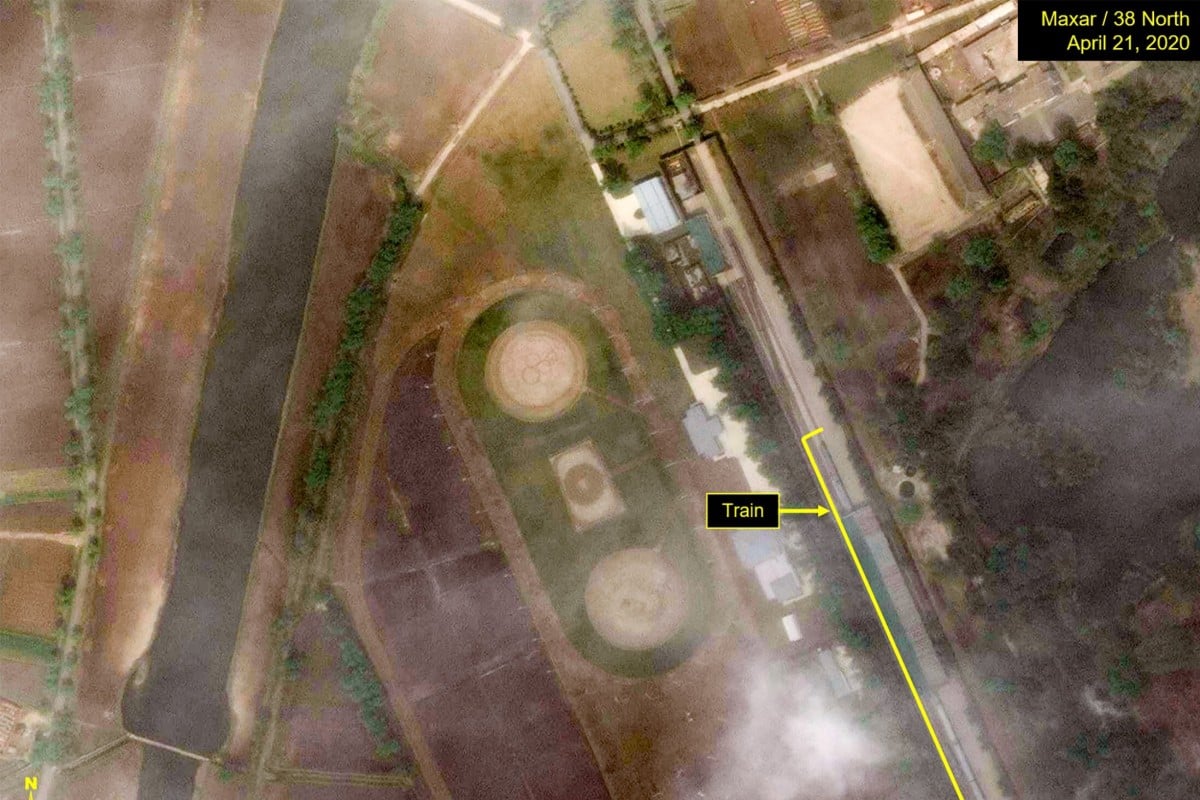 The station is exclusively reserved for the use of the royal family, according to the Washington, DC-based group. “The train’s presence does not prove the whereabouts of Kim or symbolise anything about his health but it does signal that Kim could be staying at an elite area on the country’s eastern coast,” it said.

What triggered the speculation behind Kim’s health was his non-appearance at the Kumsusan Palace of the Sun, a place he visits every year on April 15 to mark the birthday of his grandfather, the founder of the dynastic regime.

These rumours gained traction when Daily NK, a South Korea-based online publication, and CNN, relying on anonymous sources inside the country, reported that the supreme leader’s health was in ‘grave danger’ following a heart surgery on April 12.

There are also speculations that Kim Jong-un may be protecting himself from COVID-19 infection after the uncontained spread of the deadly virus in the isolated and impoverished nation.