The United States along with Russia are front-runners when it comes to devising modern technology and blending it with state-of-the-art machinery to create futuristic fighter jets, tanks and other weapons, much ahead of their time.

One such example is Lockheed Martin’s Blackbird SR-71, a spy plane developed during the Cold War era which remains till date, the fastest plane ever on the face of the planet.

Now retired, the spy plane was a long-range, high-altitude, Mach 3 + strategic reconnaissance aircraft secretly designed in the late 1950s for operations by the US Air Force and NASA (National Aeronautics and Space Administration).

The Blackbird which took its first flight in 1964 still holds the records for fastest speed for a non-rocket powered aircraft and attained the highest altitude in horizontal flight till date, despite the presence of some really advanced aircraft in the world.

“The speed of the new aircraft was to exceed 2,000 mph. Other planes of the era could, in theory, approximate that speed but only in short, after-burner-driven bursts. This new plane needed to maintain a record-setting speed for hours at a time.” according to Lockheed Martin.

According to CNN, the aircraft which was able to cruise near the edge of space and could outfly a missile belonged to a family of spy planes built by the US to enter the enemy territory without being detected at a time where no satellite or drones existed.

Developed as part of the Black Project by the secret “Skunk Works” division of Lockheed Martin, the aircraft’s innovative concepts were designed by American aerospace engineer Clarence “Kelly” Johnson, who is regarded as one of the world’s greatest aircraft designers.

“It still looks like something from the future, even though it was designed back in the 1950s,” said Peter Merlin, an aviation historian and author of “Design and Development of the Blackbird, while speaking to CNN.

The shape and design of the Blackbird was based on the Lockheed A-12 reconnaissance aircraft, which was one of the first aircraft to be designed using a reduced radar cross-section.

“Because of the way the fuselage bends and the wing curves and twists, it looks more organic than mechanical. Most conventional airplanes look like someone built them — this one almost looks like it was grown,” said Merlin.

While the aircraft was earlier left unpainted during initial flights, it was painted black in 1964 with production teams feeling that the colour would efficiently absorb and emit heat, thereby lowering the temperature of the aircraft’s airframe. 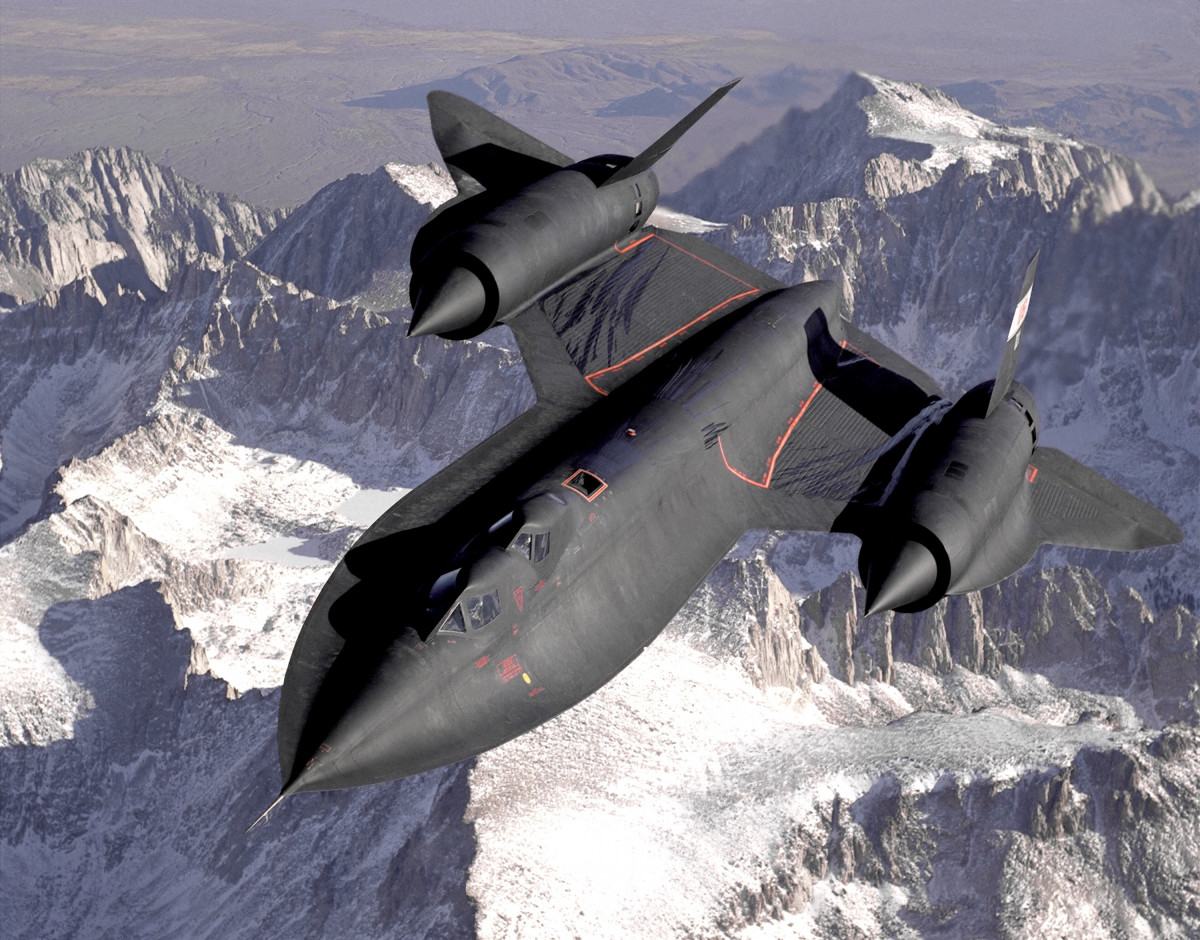 While the Blackbird’s speed was an undoubted asset, it brought several challenges along with it as well. With the aircraft flying faster than 2,000 mph, the friction with the surrounding atmosphere led to heating up of the fuselage to an extent where the conventional airframe would melt.

According to Lockheed Martin, it forced developers to build the plane using titanium, a metal which could withstand high temperatures and still be lighter than steel.

“With anticipated temperatures on the aircraft’s leading edges exceeding 1,000 degrees Fahrenheit, dealing with the heat raised a host of seemingly insurmountable design and material challenges. Titanium alloy was the only option for the airframe —providing the strength of stainless steel, a relatively lightweight, and durability at the excessive temperatures.”

Titanium, however, proved to be a particularly sensitive material from which to build an airplane. The brittle alloy shattered if mishandled, which meant great frustration on the Skunk Works assembly line, and new training classes for Lockheed’s machinists, conventional cadmium-plated steel tools, it was soon learned, embrittled the titanium on contact; so new tools were designed and fabricated—out of titanium.”

The Blackbird which was retired in 1990, was built during an era when technological advancements were still below par as compared to the current state of things.

Chief Engineer Johnson said, “Everything had to be invented. Everything,”

While current fighters like the F-35s and F-22 raptors are considered the most advanced fighter jets due to their stealth technology, the Blackbird’s fuselage included some of the very first composite materials ever used in an aircraft.

“It was essentially stealthy before the word stealth was even used,” said Merlin.

According to CNN, the Blackbird’s development was brought upon by the US after one of its spy planes was shot down in Soviet airspace.

“In May 1960, an American U-2 spy plane was shot down in Soviet airspace while taking aerial photographs. Initially, the U.S. government said it was a stray weather research aircraft, but the story fell apart once the Soviet government released photos of the captured pilot and the plane’s surveillance equipment.”

According to Merlin, the incident created a need for an aircraft which could fly faster and higher, safe from anti-aircraft fire. “The CIA wanted a plane that could fly above 90,000 feet or thereabouts, at high speed and as invisible to radar as it was feasible,” said Merlin.

Previous articleChina Could Soon Deploy ‘Unmanned Helicopters’ In Ladakh As Tensions Mount With India
Next articleAfter Rafale Deal, India Does Away With Offset Clause In Defense Procurement