Aatmanirbhar Bharat or self-reliant India is the new slogan introduced by the current BJP government, but the importance of building an indigenous fighter aircraft for Indian armed forces was realised long back in the 1960s.

A significant achievement for Hindustan Aircraft Limited at the time, the HF-24 Marut was an absolute beauty with its sleek, pencil-slim contours, an elegant, swept-wing and tail configuration attached to a perfect area-ruled fuselage.

On 1 April 1967, Marut (which meant “Spirit of the Tempest” in Sanskrit), was delivered to the Indian Air Force.

Due to the lack of an appropriate power plant, Marut could not fulfil its role as an intercepting, supersonic jet. However, in spite of its drawbacks, the fighter jet participated in the 1971 Indo-Pak War, making it a battle-proven machine.

Russia-China Military Alliance – Is This The Chinese Answer To India, US & Their QUAD Aspirations?

Developed to commence air-to-ground attack as a base role, the aircraft was also capable of self-defence.

In the combat, Marut did not participate in as many dogfights but its performance was impressive because not even a single jet was shot down, in fact, it managed to strike Pakistan’s much-advanced Sabre.

After missing the target at first during December 6 mission, led by Sqn. Ldr. KK Bakshi, while crossing Naya Chor, (situated in Sindh, Pakistan) on a strike mission, Marut hit the Engine of Sabre and tore the airframe (probably the tail section) apart. This was marked as the first-ever kill made by Marut, proving its combat capability.

Marut displayed a maximum performance of 1112 kph (Mach 0.91) at sea level and 1086 kph (Mach 1.02) at high altitudes. It was capable of maintaining moderate landing speeds and low-altitude stability due to its very thin and large wings.

A total of 147 Maruts were manufactured. But these were all retired in the early 1980s, some pretty much sent from the factory to junk stores. After the incidents of pilot deaths due to ejection malfunction, it was clear that Marut could not fulfil its role as an interceptor. 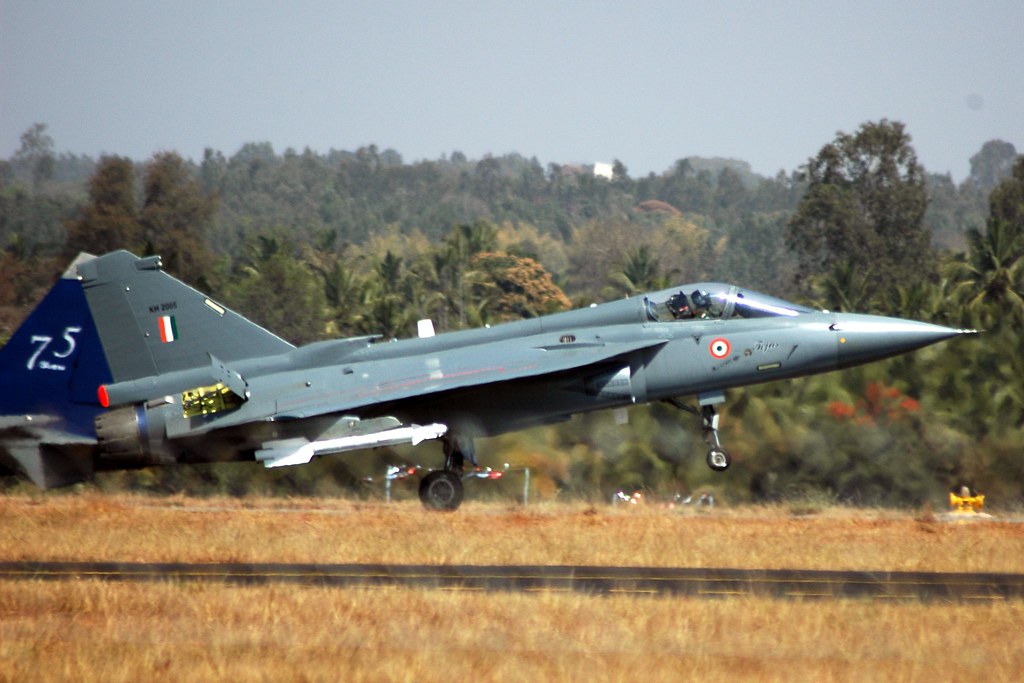 The indigenous fighters have been designed and developed by the Aircraft Development Agency (ADA) and are set to become the backbone of the Indian Air Force. The all-weather aircraft has been designated for air superiority and ground attack as its primary role and has reconnaissance and anti-shipping strikes capability as its secondary role.

As the HAL is currently manufacturing advanced series of the LCA, Mk1A will be equipped with beyond-visual-range (BVR) missiles such as Derby missile. Indigenously developed BVR missile ASTRA Mk1 has been identified to be integrated on Mk1A as the IAF’s choice.

The versatile weapon, which will serve as a force multiplier and immensely add to the strike capability of the aircraft, will give Tejas an edge over its contemporaries in BVR warfare.

The AMCA, a multirole combat aircraft designed for the air superiority, ground attack, bombing, intercepting and strike, will be adding to the depleting fleet of IAF. From HAL HF-24 Marut, India’s aviation industry has come a long way as it is undertaking several fighter jet designing and manufacturing projects indigenously.