If Pakistan is to be believed, then conspiracies are the sole cause of all its problems. While this claim is reminiscent of the bad workman who blames his tools adage, but then, Pakistan’s precarious condition does lend credence to conspiracy theories.

How else does one explain a nuclear power staring at near bankruptcy? Despite having the world’s sixth-largest army, why has Islamabad been unable to subdue indigenous terrorist organizations like Tehreek-e-Taliban Pakistan [TTP] and armed groups in Balochistan?

The magnitude of Pakistan’s burgeoning financial crisis is alarming. Its forex reserves have plummeted to a record low of USD 4.343 billion- just enough for two weeks leading to severe problems, like:

So, while Pakistan’s Prime Minister Shehbaz Sharif’s lament that it’s “shameful to have a nuclear weapon in one hand and a begging bowl in the other” is understandable, can anyone deny that Pakistan’s financial crisis isn’t due to any external conspiracy, but a self-created one?

Doesn’t Sharif’s mention of a nuclear bomb remind one of Zulfikar Ali Bhutto’s pompous and somewhat prophetic “We will eat grass, even go hungry, but we will get one of our own [Atomic bomb]” remark?

One could argue that the Pakistan army needs sophisticated weaponry to defend itself from India, but then, does India pose such a potent threat? Both countries have fought wars with each other, but there’s no precedent of India ever having fired the first shot.

Hence, while Pakistan’s army does require wherewithal to defend the country, going for an ‘overkill’ while procuring military hardware when the national exchequer is under severe strain is something Pakistan can ill-afford.

Some may say that Rawalpindi had gone in for a ‘voluntary budget cut’ in the past and is thus not guilty of extravagant defense spending.

However, the fact that during the first five months of the current fiscal year, defense spending was Rs 517 billion, which is not only a whopping 28 percent more than the previous fiscal year but doesn’t take into account money spent on military pensions and expenses for the armed forces development program!

Rawalpindi defends apportioning the lion’s share of the national budget by portraying India as an existential threat itching to wipe out the identity of Pakistan, and political parties have buttressed this falsehood for their motivated interests.

Pakistan army chiefs who are otherwise highly fond of talking economics have been turning Nelson’s eye to the government’s financially debilitating populist schemes. This quid pro quo is a ‘conspiracy of convenience’ hatched by the government and military against the unfortunate people of Pakistan!

Next comes the issue of terrorism and secessionist activities. In 2022, Pakistan’s Foreign Minister and Director General [DG] of Pakistan army’s media wing, Inter-Services Public Relations [ISPR], announced in a joint presser that a dossier containing “irrefutable evidence” of India sponsoring terrorism in Pakistan was being handed over to the UN, Organisation of Islamic Cooperation (OIC) and P5 [permanent UNSC members states]. Two years later, Islamabad handed over another dossier to the UN.

However, since nothing has been heard about these dossiers ever since, it’s evident that the “irrefutable evidence” provided wasn’t credible enough to impress anyone. So, while it’s true that Pakistan is a victim of terror, blaming others for the same is balderdash. Conversely, there’s irrefutable evidence to the contrary. 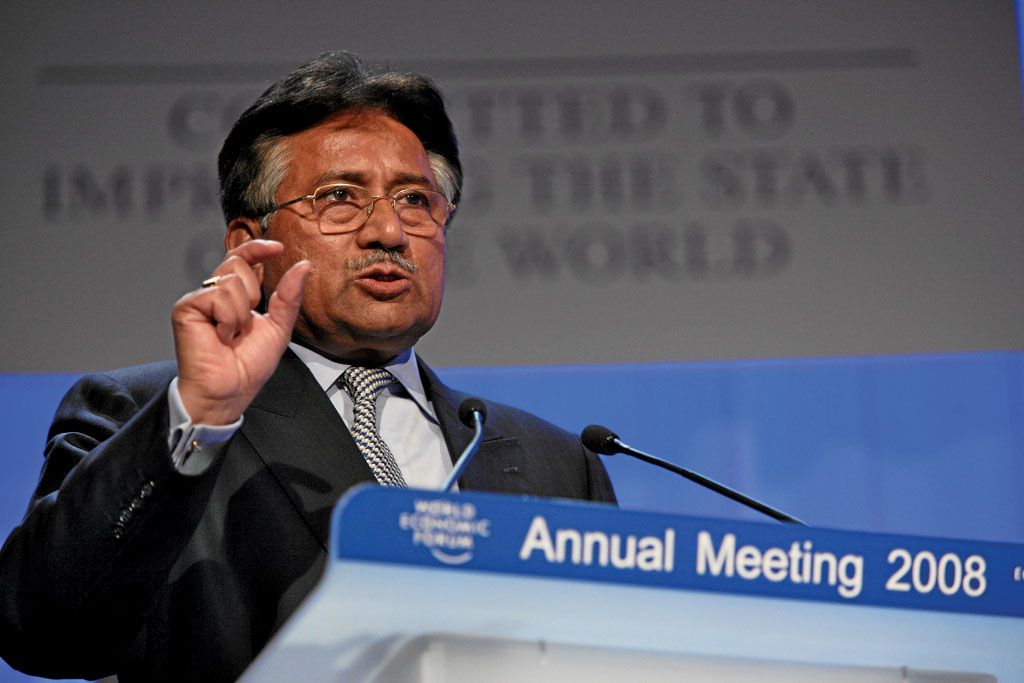 During an interview with Der Spiegel in 2010, when asked if “armed groups” were formed to fight in Kashmir, Gen Pervez Musharraf replied, “They were indeed formed. The government turned a blind eye because they wanted India to discuss Kashmir.” He also admitted, “We poisoned Pakistani civil society for ten years when we fought the Soviets in Afghanistan in the 1980s [Emphasis added].”

In another video from 2015, Musharraf can be heard saying, “In 1979, we had introduced religious militancy in Afghanistan to benefit Pakistan and to push the Soviets out of the country. We brought Mujahideen from all over the world. We trained them and supplied weapons to them.” He even had the gall to admit that “We trained the Taliban, sent them in. They were our heroes. Haqqani was our hero. Osama bin Laden was our hero. Ayman al-Zawahiri was our hero” [Emphasis added]!”

So, with the Pakistan army admittedly having “poisoned Pakistani civil society for ten years” and “introduced religious militancy,” isn’t blaming others for the rise of terrorism downright ridiculous?

Similarly, if the very Taliban that the Pakistan army trained and helped seize Kabul is now providing a safe sanctuary to TTP, then why cry “conspiracy” and accuse others?

Rawalpindi has a lot to explain to the people of Pakistan, but will it do so?