The Pakistan government has permitted a special delegation of over 500 Sikh pilgrims to visit Nankana Sahib to celebrate the 550th birth anniversary of Guru Nanak, the founder of the Sikh religion. 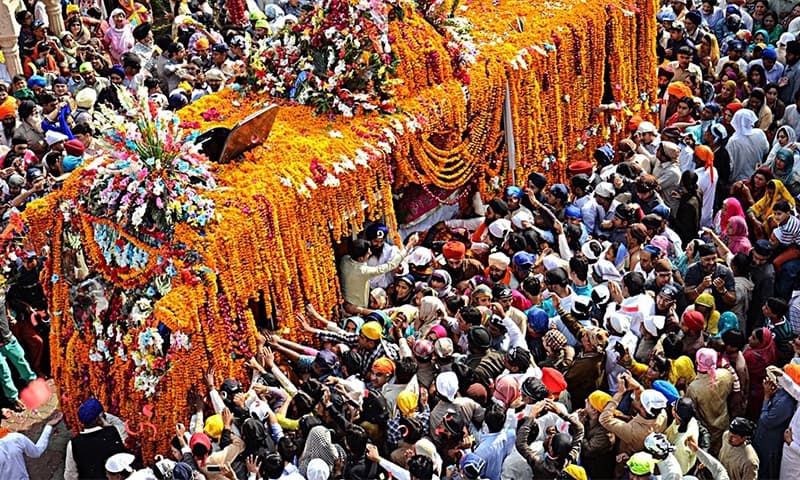 A special caravan of more than 500 Sikh pilgrims crossed over to Pakistan through the Wagah border on Tuesday morning. According to the Pakistan Foreign Office, the Sikh pilgrims will celebarte Guru Nanak’s 500th birth anniversary from his birthplace in Nankana Sahib on Thursday, August 1.

The Pakistan High Commission in New Delhi had issued visas to the Sikh pilgrims who are part of the caravan on July 26. These visas were granted “over and above” the thousands of visas that Pakistan issues every year under the framework of the Pakistan-India Protocol on Visits to Religious Shrines, 1974, the FO said.

“Pakistan feels honoured that celebrations of the 550th birth anniversary of Baba Guru Nanak by Indian Sikhs are being started from Nankana Sahib, Pakistan,” read the press release.

It recalled that the Pakistani government is taking a number of initiatives, including the opening of the Kartarpur Corridor, in order to make the upcoming birth anniversary of Baba Guru Nanak memorable and historic.

“Government of Pakistan also believes in the policy of promoting visits to religious shrines and people-to-people contacts between Pakistan and India,” the statement added.

The delegation’s visit comes a day after PM Imran Khan said that steps have been taken to facilitate the Sikh community through the Kartarpur Corridor, which will be opened in November.

US To Use ‘Century-Old’ Tech Against Chinese Hypersonic Missiles; Can Also Aid Satellites To Monitor Mach 5+ Weapons