“The Boeing Company [in] Seattle, Washington, is awarded a $756,634,580… modification to a previously awarded contract… for the production and delivery of five Lot 12 P-8A aircraft for the government of Germany,” the Defense Department said in a press release on Monday.

Almost all the work on the contract – more than 98.1% – will be performed in Seattle in the US state of Washington and work is expected to be completed in February of 2025, the release said.

The P-8 Poseidon operates as an anti-submarine and anti-surface aircraft and is also utilized in shipping interdiction roles. The aircraft is armed with torpedoes, Harpoon anti-ship missiles and other weapons and can operate with unmanned aerial vehicles, or drones.

The P-8 is already operated by the US Navy, the Indian Navy, the Royal Australian Navy and the UK Royal Air Force.

Earlier in July, India took delivery of the tenth P-8 aircraft, increasing the country’s anti-submarine warfare capabilities. “This is the second aircraft to be delivered under an option contract for four additional aircraft that the Indian Ministry of Defense awarded in 2016,” Boeing said in a press release.

Why Is India Upgrading Its Air Force With Older MiG-29, Mirage 2000 Fighter Jets As It Looks To Battle China? 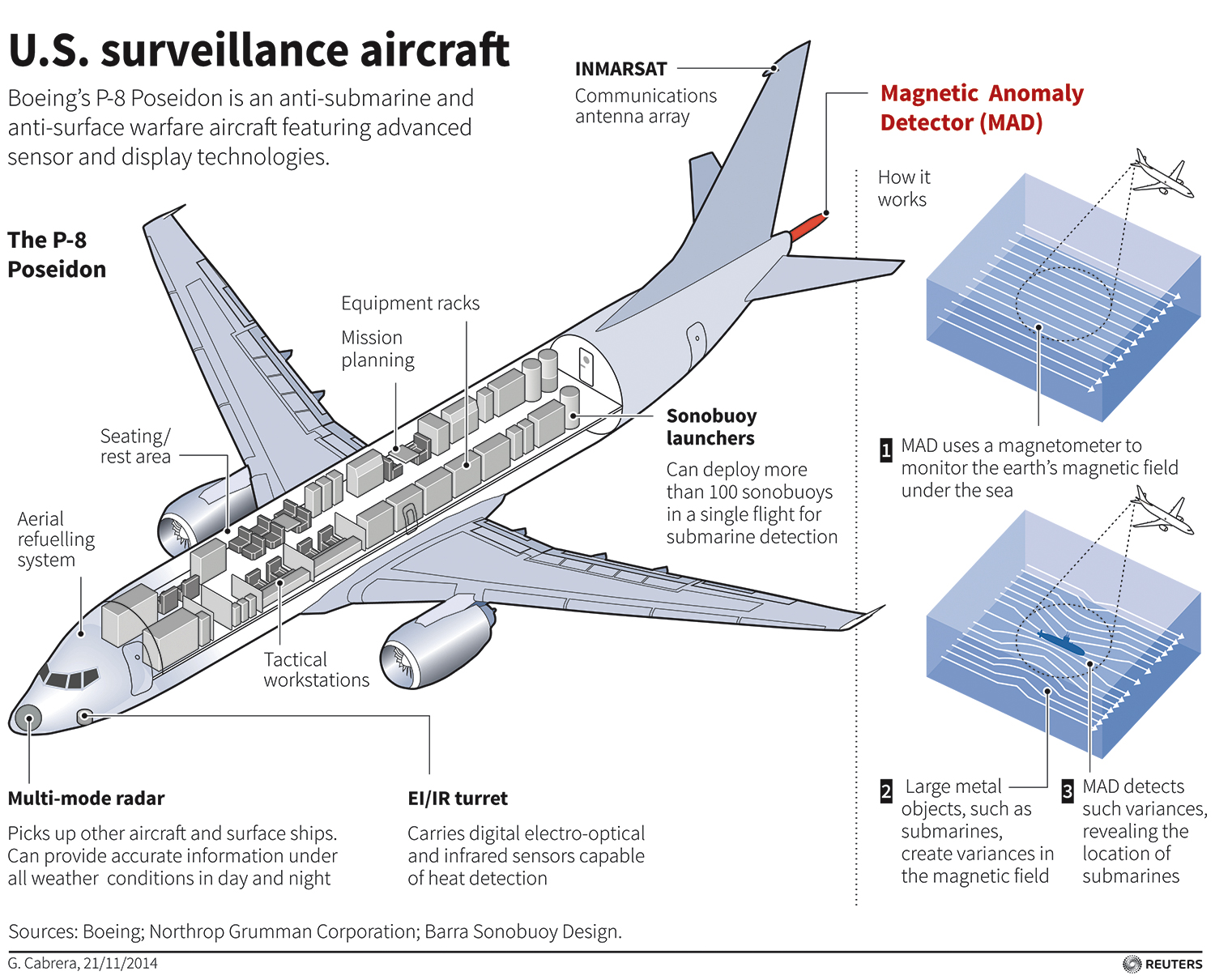 The P-8 is developed for long-range anti-submarine warfare, anti-surface warfare, and intelligence, surveillance and reconnaissance missions. It has a range of about 2,200 km and flies at a maximum speed of 490 knots, or 789 km per hour.

A number of key systems on the P-8I are designed to track immersed submarines. A rotary launcher system in the rear of the P-8I can dispense sonar buoys into the water. A recent upgrade allows P-8s to employ new Multistatic Active Coherent buoys that generate multiple sonar pulses over time, allowing for greater endurance and search range.

The P-8 also has its own acoustic sensor and even a new hydrocarbon sensor that can “sniff” for fuel vapor from submarines. The Poseidon can carry five missiles, depth charges or torpedoes in a rotary launcher in the rear hull, and six more on underwing racks.

The P-8 can use a special High Altitude Air Launch Accessory to transform its Mark 54 324-millimeter lightweight torpedoes into GPS-guided glide bombs that can be dropped from altitudes as high as thirty thousand feet.

With China acquiring a string of ports in Myanmar, Iran, Sri Lanka and Djibouti, the Indian Navy remains on high alert. According to experts speaking with the EurAsian Times, Beijing is striving to choke the Indian Navy in the Indian Ocean region (IOR), an area which New Delhi considers its backyard.

However, in the face of military belligerence by China, India has not backed down. Instead, it has intensified maritime drills with Japan, the US and is planning to do the same with Australia. The addition of the P-8 is a big boost to India’s long-range anti-submarine, reconnaissance, surveillance and electronic jamming capabilities in the IOR.

The P-8 has 6 external hardpoints and 5 internal weapons bays which can carry a load of both AGM-84 Harpoon missile (and its variants), Mk-54 Torpedoes, depth charges, mines, and the latest HAAWC (which stands for High Altitude Anti-Submarine Warfare Weapon Capability, is an add-on kit for the Mk-54 torpedoes to enhance their range while firing from high altitude).

The U.S. Navy’s P-8As have been one of the most vital platforms to deter China. Designed particularly for maritime security purposes and armed to the teeth, this aircraft is proficient in deterring and destroying any Naval aggression or misadventure.

However, the P-8 is not just restricted to oceans, it can also carry out missions in the border regions with China and Pakistan. Indian Navy had deployed the P-8I Neptune in Ladakh as a surveillance platform during the confrontation with China, complementing its MiG-29K and the Indian Air Force’s MiG-29UPG, Mirage-2000, Su-30MKI aircraft.

The platform can be successfully used in battlefield surveillance and management roles, which was also done during the 73-day Doklam standoff.

In 2020, the Chief of Defense Staff of the Indian forces, Gen. Bipin Rawat revealed “I came to know about the capabilities of the P-8I anti-submarine warfare planes after they were deployed in Doklam for surveillance.” It was also used during the 2019 Pulwama attack aftermath, where it was used to keep an eye on the Pakistani army movements.