Pakistan has again blamed India of aggression and war-mongering. Pakistan authorities have accused India of releasing 0.2 million cusecs of water into the River Sutlej without notifying Islamabad. 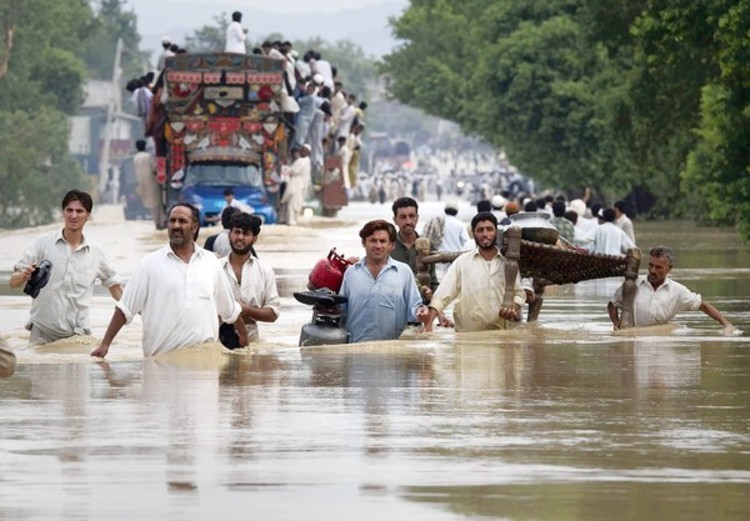 At least 150,000 to 200,000 cusecs of water from the Indian state of Punjab is expected to spill into Ganda Singh Wala – a village in Pakistan near Kasur located at the border – during the next 12 to 24 hours, the National Disaster Management Authority (NDMA) warned.

India has also opened three out of five spillways of Ladakh Dam, which may lead to flooding in the nearby settlements, the NDMA added.

According to the Pakistan Commissioner for Indus Waters Shiraz Jamil Memon, India has suspended all kinds of data sharing related to the water agreement between the two countries. India also did not notify Pakistan about releasing additional water into River Sutlej, the official said.

Punjab Chief Minister Usman Buzdar chaired a high-level meeting in Lahore earlier today to review precautionary measures for a possible flood situation due to the discharge of around 200,000 cusecs of water by India in River Sutlej. The meeting also discussed rescue and relief operation in the event of a flood on both banks of the river.

The participants were briefed that India has released water in River Sutlej without any prior intimation and around 100,000 cusecs of floodwater is likely to pass through the Ganda Singh Wala Headworks on Tuesday. They were also informed that 81 relief camps have already been established in flood-prone areas.

Addressing the meeting, Chief Minister Buzdar directed the concerned authorities to ensure timely evacuation of people from affected areas. Meanwhile, India and Pakistan continue to commit ceasefire violations and both nations are blaming each other for the unprovoked aggression.