Is the Pakistan Army responsible for the termination of an interview of former president Asif Ali Zardari which was stopped from being aired shortly after it started on a Pakistani news channel? 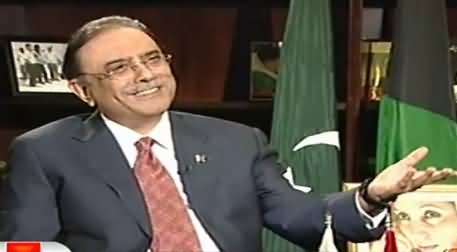 Hamid Mir, who was the interviewer of the programme on Geo News, took to Twitter to express his outrage over the incident. “I can only say sorry to my viewers that an interview was started and stopped on Geo New[s] I will share the details soon but it’s easy to understand who stopped it? We are not living in a free country,” he wrote.

In a series of tweets, Mir said that within a few minutes during the telecast Geo News announced Mr Zardari’s interview would not be aired. “I am getting calls from all over the world people asking what happened? The state of Pakistan is giving a bad name to this country we don’t need enemies,” he said.

In a snippet of the interview circulated on social media, the former president disclosed that an investigation into a big scandal, involving Prime Minister Imran Khan, was underway.

“What’s wrong in it? I asked some questions to ex-President of Pakistan Asif Ali Zardari he responded? Is he bigger criminal than Ehsanullah Ehsan former spokesman of TTP? Remember Ehsanullah Ehsan gave an interview from official custody I interviewed Asif Zardari in Parliament House,” asked Mr Mir.

Commenting on the matter, Pakistan Peoples Party chairman Bilawal Bhutto-Zardari tweeted: “Selected government only wants to hear selected voices. President Zardari’s interview with @HamidMirPAK censored. Pulled from the air when it had already started. No difference in Zias Pakistan, Musharrafs Pakistan & NayaPakistan. This is no longer the free country Quaid promised us.”