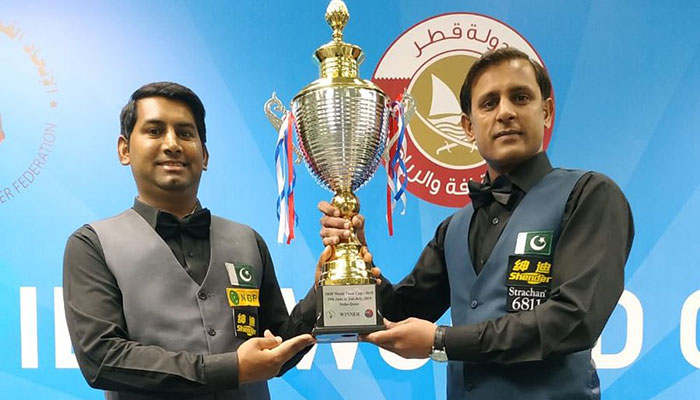 The Indian team was outplayed by Pakistan who won the first two frames. The Indian team, however, bounced back to win the third frame before Pakistan made a comeback to take the crown home.