“Don’t forget we were the same forces with the same budget on 27 Feb 19. We have the capability and capacity to respond. Remember, it’s not budgeting, its resolve of force and the nation firmly standing behind its forces,” DG ISPR tweeted. 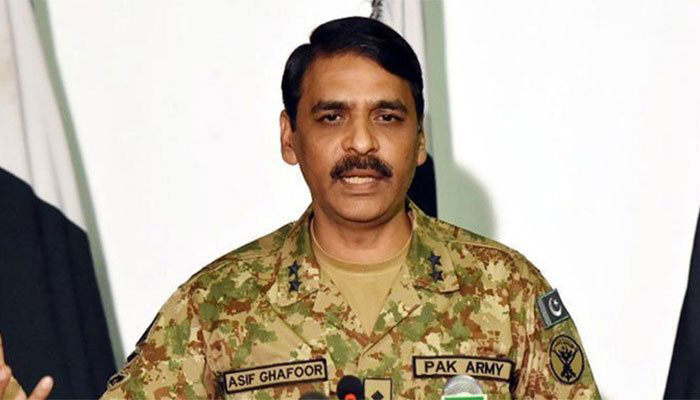 Pakistan Media States – Minister for Science and Technology, Fawad Chaudhry said Indian media was a classic case what media should never be. “They toe their agencies and establishment line like a pet,” the minister said, adding, “In #Pulwama, Indian media earned worldwide notoriety for warmongering and seems they are first to get affected by Hindutva doctrine.”

Indian fake media busy spinning on our internal def budgeting choice.Don’t forget,we were the same forces with same budget on 27 Feb 19. We hv the capability & capacity to respond. Remember, it’s not budgeting, it’s resolve of force & the nation firmly standing behind its forces.

Earlier, Chief of Army Staff (COAS) General Qamar Javed Bajwa said there would be no impact to the military’s response potential due to the voluntary cut in the defence budget.

The COAS who spent EID with troops at the Line of Control (LoC) said the voluntary decision to forego even the routine increase in the annual defence budget, COAS said, “This initiative is not a favour to the nation as we are one through thick and thin.”

“Irrespective of the voluntary cut in defence budget coming financial year (FY), there shall be no impact on our response potential to all types of threat and quality of life of the soldiers. The no pay raise decision is also only for the officers and not for the soldiers. We shall manage the shortfall during FY by tightening our belt in areas where it doesn’t affect the two aforesaid aspects,” COAS concluded.

Imran Khan said Tuesday he was very appreciative of the Pakistan military’s “unprecedented voluntary initiative of stringent cuts in their defence expenditures” especially in light of the country’s financial situation.