Pakistan is celebrating the sixth death anniversary of PAF Pilot – MM Alam, who is believed to have shot down five Indian fighter jets in the 1965 war. India and Pakistan fought a bitter war in 1965 and MM Alam was hailed as a hero in Pakistan but there was no confirmation from the Indian side. EurAsian Times looks into a report by Pakistan Media, Tribune. 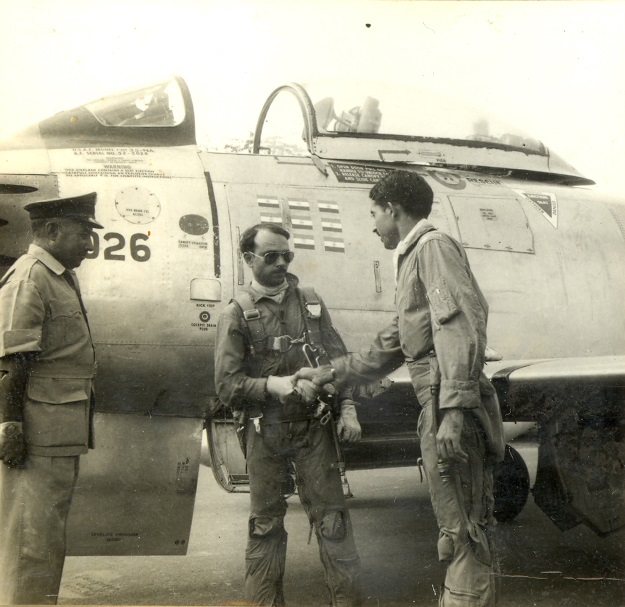 In September 1965, MM Alam had encountered Indian war jets at three different points. The enemy clearly had more military capacity than Pakistan. However, the air encounters paved way for certain events which remain unparalleled in the history of air force.

In less than a minute, five military jets of the Indian Air Force were downed one after another by Alam as he hit targets flying his Seber-86 jet. The precision and craft with which he carried the strikes continue to startle the air force soldiers to this day.

The military jets of the opponent were much larger in size and militarily equipped than the Seber-86 jet flown by MM Alam.

In recognition of his extraordinary aerial defence show and skills, MM Alam was awarded titles like Falcon and Little Dragon. During the military expeditions of the 1965 war, he destroyed 11 Indian jets on different points from which nine were completely annihilated while two were partially damaged.

According to Commodore (retd) Shabbir Ahmed Khan, a veteran of the 1971 war, in addition to professional excellence and skills, Alam was also bestowed with a deep passion and patriotism for the country.

“It was his determination that helped us achieve something we were not readily capable of,” he said, adding that when Alam’s juniors used to reach him, they were always told they would have to readily sacrifice their lives for the country if the situation demands.

“Alam believed in lighting a candle rather than cursing the darkness,” said Khan, recalling he was extremely fond of books and had a collection of 5,000 books which remains to this day in the PAF Base Masroor and Noor Khan Air Base Chaklala.

MM Alam was awarded the third highest military honour of ‘Sitara-e-Jurrat’. The PAF hero died on March 17, 2013, after a prolonged illness and is buried at the Shuhda Qabiristan at PAF Base Masoor in Mauripur.