Pakistani and some Pro-Khalistan Sikhs protested outside their consulate offices in Chicago, United States on Saturday, in the aftermath of Pulwama attack in Jammu and Kashmir which claimed lives of over 40 CRPF troopers forces.

The downtown of Chicago echoed with the slogans of Pakistan Zindabad with a large number of Pakistani folks, including women and children, attended the protest. Strict security measures were observed by the local police to avoid any untoward situation as tension escalated when the Indian community tried to burn a Pakistani flag. The police, however, did not allow them to engage in any such act. 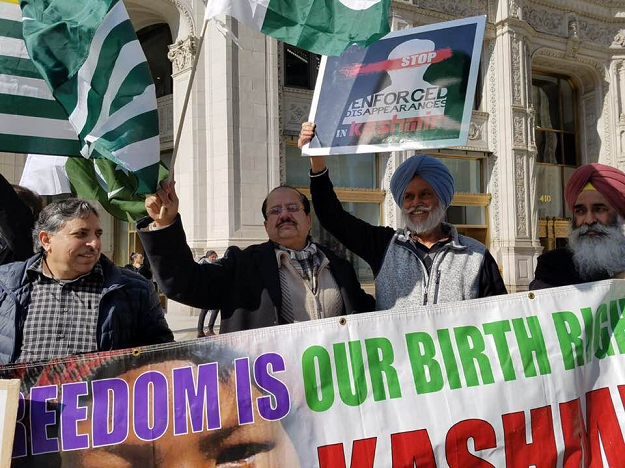 Significantly, the Sikh community joined the Pakistani protesters and vigorously denied the charges levelled by the Modi government that those who planned the attack in Kashmir’s Pulwama district had links with Pakistan.

Hameedullah Khan, a Pakistani leader while speaking to Pakistan Media stated: “It is only through the path of negotiations involving Pakistan, India and Kashmiris through which the standoff can be resolved, but for that India needs to give up its stubborn attitude and recognise that Kashmir is indeed a disputed territory – a reality that the international community affirms.” 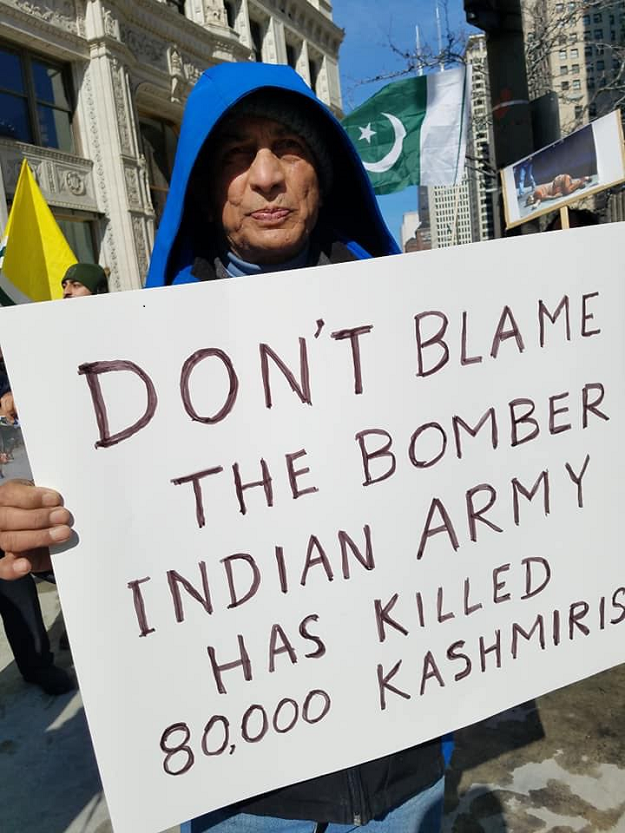 Bhagat Singh, who was present at the demonstration of the Pakistani community, said: “Unfortunately this has become a never-ending cycles of the blame game, rebuttals and denials.”

He was of the view that Kashmiris are fighting their own war and being targeted by the Indian forces. The planned protest of the Indian community was a total failure, despite the fact that the Modi government funded the protest and transported buses from different suburbs of Chicago, the attendance was fairly thin. 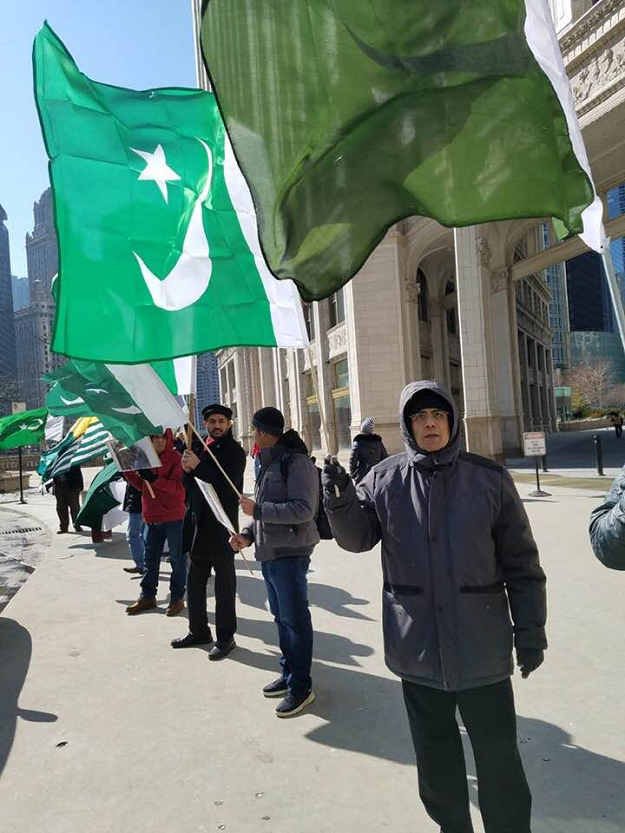 Protests were also held in other states of the US both by the Pakistani and the Indian communities. Demonstrators chanted slogans against the government in New Delhi for its hegemony in occupied Kashmir and atrocities across the valley.