In a massive embarrassment to Pakistan, Islamabad could not convince Russia for a bilateral meeting between President Vladimir Putin and Prime Minister Imran Khan on the sidelines of the just-concluded Belt and Road Forum in Beijing. 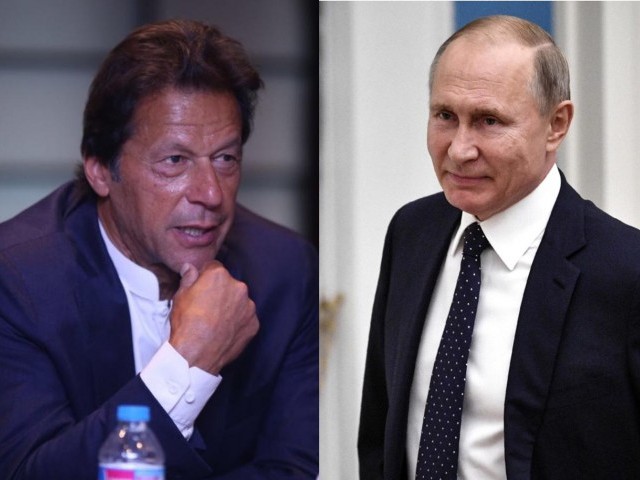 Not only that other than his meetings with the Chinese president and prime minister, but PM Imran could also only manage meeting the prime minister of Ethiopia and the president of Tajikistan despite the fact that at least 37 heads of states and governments attended the two-day moot.

There was no immediate explanation available from the government as to why more meetings could not be arranged between the prime minister and other world leaders.

Bilateral meetings are common at international forums since it is convenient to arrange. The Foreign Office before the prime minister’s departure to Beijing had issued a statement in which it said that Imran would not only attend the Belt and Road forum but would also hold meetings with “several heads of state/governments and corporate and business leaders on the sidelines of second BRF”.

Although the prime minister did have an audience with heads of the International Monetary Fund (IMF) and the World Bank, there were no notable meetings with heads of states and governments except interaction with the host President, Xi Jinping and Prime Minister Li Keqiang.

The biggest setback for Pakistan was its failure to arrange a meeting between President Putin and PM Imran. Official sources said the government did request Russia for a meeting between the two leaders but it could not be materialised.

When contacted, Foreign Office Spokesperson Dr Muhammad Faisal said he was not aware of any request from Pakistan for a meeting between Imran and Putin. However, former diplomats were surprised at Pakistan’s inability to arrange more meetings of the prime minister with world leaders in Beijing.

“I cannot imagine our side could have missed seeking a bilateral with President Putin,” wondered former ambassador Abdul Basit.

“Perhaps, the latter’s tight schedule didn’t permit. I would not like to assume there were reasons other than that,” Basit told Pakistan Media. But another former diplomat, who wished not to be named, said this was a clear diplomatic failure of Pakistan.

The diplomat was of the view that a meeting between Putin and Imran at this juncture would have carried a huge significance even if it was just the optic. The sense within the diplomatic community is that the Russian decision to stay away from the bilateral engagement could be linked to its cautious approach.

“Perhaps, Russia may not want to send a wrong message to India at this stage,” said one source referring to Moscow’s close ties with New Delhi. The cautious approach is attributed to a recent military standoff between Pakistan and India following the Pulwama attack.

Moscow is believed to have played a significant role through back channels in preventing further escalation in tensions between the two nuclear-armed neighbours. Relations between Pakistan and Russia have seen steady improvement during the last few years with both the sides agreeing to bury their bitter past.

In 2016, after the Uri attack in Indian Kashmir, New Delhi pushed Moscow to cancel first-ever joint military exercises with Pakistan. Russia; however, turned down the Indian demand and went ahead with the war games. Against this backdrop, it was difficult to comprehend why Putin-Imran meeting could not take place, said the diplomat.