The Pakistan Foreign Office spokesperson – Aisha Farooqi in a tweet stated –  Pakistan rejects Indian move for “inclusion” of Azad Jammu and Kashmir & Gilgit-Baltistan in Indian TV weather bulletin. This is another mischievous Indian action in support of a spurious claim and further evidence of India’s irresponsible behaviour. 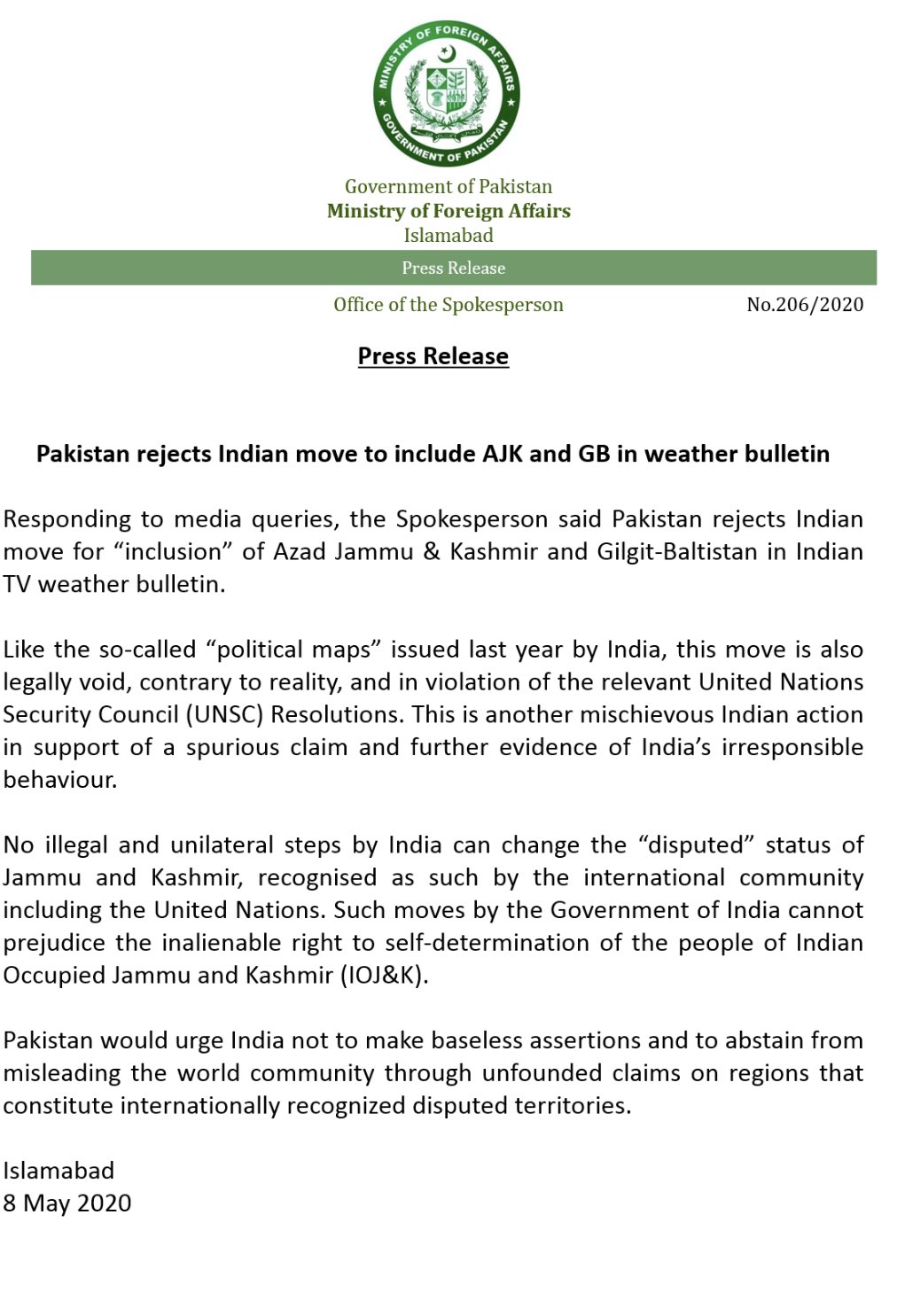 The IMD has now added this supplement in the Jammu and Kashmir meteorological subdivisions. The news of attaching regions of Pakistan controlled Kashmir into the Indian weather forecast came after Pakistan Supreme court’s decision to permit the Islamic Republic to conduct elections in Gilgit-Baltistan.

The IMD’s latest move is seen to be a stern warning to Pakistan. The IMD, however, said that it has already started mentioning the region in its national weather bulletin since J&K and Ladakh were made two separate Union territories. “This region was not explicitly mentioned in the regional forecast for Northwest India, which is started now,” it said.

The Indian Air Force is set to procure 21 MiG-29s and 12 Sukhoi-30 MKI fighter jets from Russia. This development comes after the Indian...
Read more

Tensions between Iran and the EU nations including the UK, Germany and France have reached a fever pitch over Tehran’s decision to accelerate nuclear...
Read more

Afghan President Ashraf Ghani in a statement said the terrorist attack and continued violence is contrary to Islamic guidance and urged the Taliban to...
Read more

Contrary to the apprehensions of the US Department of Defense that China is wooing 12 countries to make them agree to host its military...
Read more
Load more