Pakistan has handed over an improved version of its indigenously developed main battle tank – ‘Al Khalid’ to its army.

Islamabad’s joint venture with China and Ukraine was given to the Armored Corps Regiment of Pakistan Army at a ceremony at Heavy Industries Taxila (HIT)-a state-run defence manufacturer. 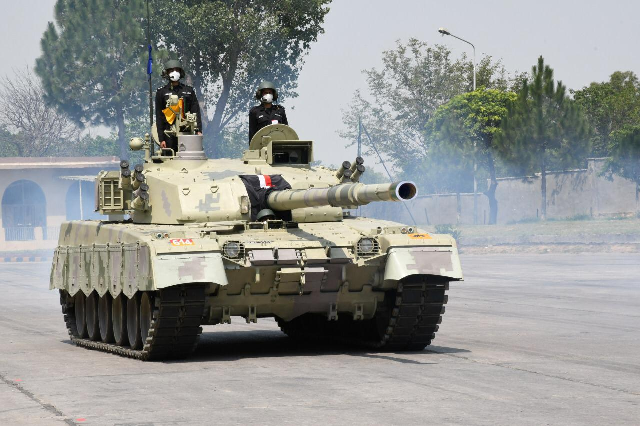 Army Chief Gen. Qamar Javed Bajwa, top military officials attended the ceremony, according to the army’s media wing.  The Al Khalid-I will replace its predecessor, the Al Khalid, jointly developed by Pakistan and China during the 1990s.

“Al Khalid-1 will be handed over to formations, which have a critical and decisive role during the war,” a statement said.

But he warned, if provoked, the army “shall respond and respond with all our might,” a thinly-veiled reference to longtime rival India. The two nuclear rivals have long been locked in an intense arms race, with several “successful” missile tests in recent years.

The two armies for decades have faced off across the Line of Control, a de facto border that divides the disputed Kashmir region between the two arch-rivals.