Pakistan is supporting the Taliban in the fight against the Islamic State-Khorasan (IS-K) terror group, two Taliban leaders told the Washington Post.

“Pakistan is our brother and they support us in many ways, including sharing information and intelligence [about the IS-K]. If the United States and the rest of the world share information with us we could defeat Daesh [IS] in just days,” a senior Taliban leader said as quoted by the Washington Post.

On the other hand, Taliban spokesman Bilal Karimi noted that the IS-K movement is not a serious threat to Afghanistan and the country does not need outside help to fight it.

At the same time, a Pakistani official told the newspaper that the cooperation between the two sides was not on any official level.

IS-K has proved a security challenge for the Taliban, who are eager to project an image of stability since seizing power in August. Earlier this month, IS-K was implicated in a massive explosion at a mosque in the city of Kandahar that took the lives of over 60 people. 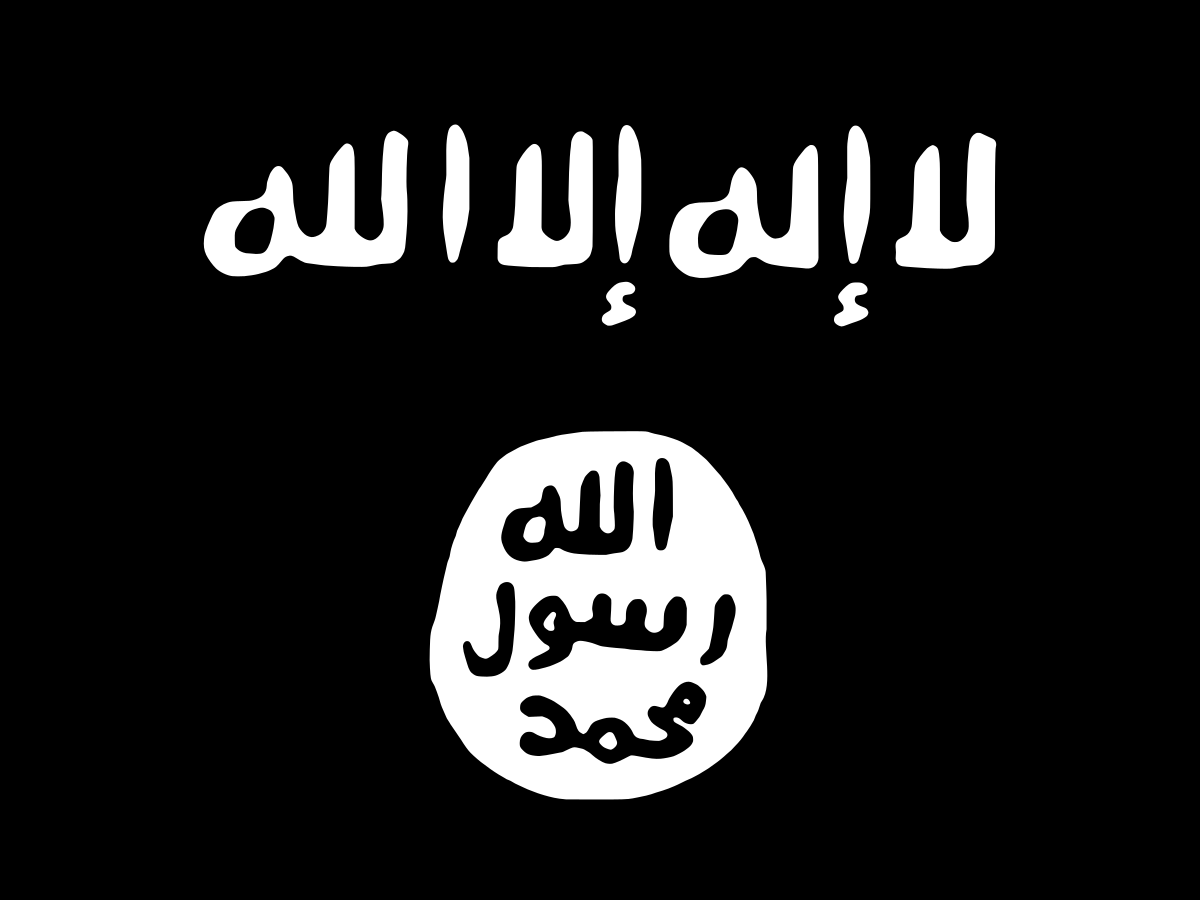 The bombing campaign the US launched in Afghanistan less than a month after the 9/11 attacks quickly morphed into a counterinsurgency mission that ended in a failed experiment in Western liberalism, experts told Sputnik on the twentieth anniversary of the beginning of the war.

On October 7, 2001, the US-led coalition launched “Operation Enduring Freedom,” in pursuit of terrorists from al-Qaeda (banned in Russia) – including leader Osama Bin Laden – for masterminding the September 11 attacks. The US toppled the Taliban by the middle of November but failed to capture Bin Laden who was killed in a special forces raid in Pakistan nearly a decade later.

Over the course of two decades – up until the last US troop left Afghanistan last month – the United States would end up spending $2.4 trillion on the war, including $140 billion on reconstruction – some 30 percent of which a special inspector general concluded was wasted.

The war in Afghanistan claimed the lives of more than 3,500 coalition troops – including 2,455 Americans, according to iCasualties.org. According to Brown University Costs of War Project, nearly 70,000 Afghan military and police and more than 46,000 Afghan civilians were killed as a result of the conflict.

Former UN election monitor and EU adviser Lucy Morgan Edwards in her book, “The Afghan Solution: The Inside Story of Abdul Haq, the CIA and How Western Hubris Lost Afghanistan,” said the October of 2001 invasion could have been avoided because there was a plan in the works to topple the Taliban from within led by Haq, a well-respected and popular Afghan mujahideen commander.

However, according to Edwards’ book, UK diplomat Paddy Ashdown explained why Haq’s plan had to be deferred: “You must accept there has to be a fireworks display, a significant fireworks display, the Americans are demanding it and not until after the firework display can we continue the debate.”

So, the US decided to invade.

In the early phases of the war the US partnered with the Northern Alliance – a group of minority factions who wanted to unseat the Pashtun-dominated Taliban. In addition, the CIA also paid off maligned actors to help, whom they would eventually reward with ministry seats and political power, which the US inspector general said helped undermine government legitimacy in Afghanistan.

Edwards said it was in the formation of the post-Taliban government in 2002-2003 that the seeds of ruin were truly sown, when the US decided to bring back characters who served in the mujahideen government during the civil war years (1992–1996).

“They brought back guys, like warlords, who should ordinarily have been put before the international court of human rights for what they had done ten years before… many of them had committed massacres in Kabul during the civil war,” Edwards told Sputnik.

Part of Haq’s plan was to appoint as interim head of state King Zahir Shah, who had been in exile in Rome. Afghanistan had experienced an unprecedented 40 consecutive years of peace during the king’s reign (1933-1973), and many hoped he could unite the country.

However, in a twist of historical irony, Zalmay Khalilzad, the very same US envoy who helped negotiate the Doha deal with the Taliban in 2020, strong-armed the king into withdrawing so Washington could install Hamid Karzai as president in 2002 – an incident Edwards witnessed firsthand.

So instead of an indigenous political solution, as Edwards argued in her book, the Americans decided to install a puppet and attempted to implement an occidental style over-centralized government that was contrary to Afghan custom and tradition.

“It’s been a twenty-year experiment with Western liberalism that has failed,” Edwards said.

US Army War College Professor of National Security Affairs, Chris Mason, told Sputnik any chance of a stable and legitimate government in Afghanistan was lost forever when King Zahir Shah was forced to step away from any role by the head of the American delegation.

“Three-quarters of the official delegates to the Loya Jirga had already signed a petition asking that the King be the interim head of state,” Mason, who also served as a US foreign service officer, said. “Zahir Shah was a beloved symbol of national unity, much like the Emperor of Japan or the Queen of England… Karzai was an Afghan nobody, a weakling who was respected by no one.”

President Ashraf Ghani, he added, was also an outsider who had spent all of the previous 20 years living in Europe and the United States.

“Neither man had any credibility or legitimacy,” Mason said.

Mason said another fatal move that further destabilized Afghanistan was the decision to force a constitution in 2002 and 2003 which was based on a strong central government, which helped pave the road eventually for the Taliban to recapture Kabul in August.

“These two catastrophic, unforced blunders predestined the American intervention to end the way it did,” Mason said. “After 2003, the outcome this summer was inevitable.”

The Taliban resurgence began just a few years after they were toppled, fueled by what many saw as rampant corruption and misrule in Kabul. As the Western-backed government grew increasingly unpopular, the Taliban began making inroads.

“When I was living there [Afghanistan] back in 2005, I remember that the Taliban had already set up their own parallel justice system and they were setting up like food delivery systems and security systems because the West were not really able to provide that everywhere,” Edwards said. “The reason why was because the West had brought back these warlords, these strongmen. They basically brought them back in order to set up the drug trade again.”

Edwards also said the Taliban came back to power in August of 2021 by making the types of deals Haq had made in his foiled plan to upend them in 2001 – including with all the core commanders, security chiefs, police chiefs and key contacts within the military.

“That’s basically what Abdul Haq was doing, he made deals with people within the chain of command of the Taliban and he had like sleeper cells and the people were willing to come over when the time was right,” Edwards said. “And I’m absolutely pretty sure that’s what’s happened now with the Taliban and people who were within the regime of Ashraf Ghani.”

The situation was bringing neither security nor bringing the fruits of peace so people were ready for something new, she added.

However, Edwards strongly doubted it would be possible to implement Haq’s plan today.

“You can’t just reintroduce that same plan twenty years later in order to reinstate the western-backed regime because everyone is so sick and fed up with it,” Edwards said. “It has just been so corrupt that no one is willing to support it and that’s why it was really easy for the Taliban to take all those cities and then just take the country.”

Previous article
As China Goes ‘Ballistic’, Why Its Tiltrotor Helicopter Plan Can Be A Big Boon For Rivals US, Taiwan And Japan?
Next article
Chinese ‘Forces’ Can Now Shoot Down Intruders – Be It At Himalayan LAC Or In South China Sea