Pakistan and Japan on Tuesday signed a memorandum of understanding (MoU) on defence cooperation and exchanges. The MoU between Pakistan and Japan was signed after the 10th round of military-to-military talks between two nations. 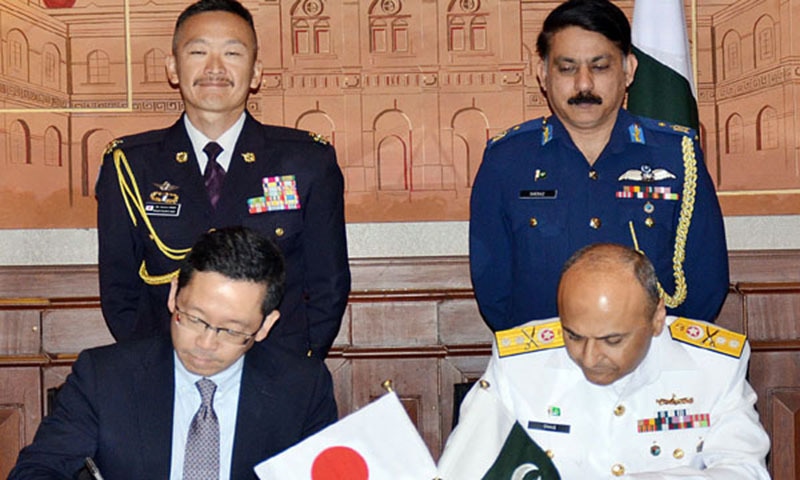 The two sides exchanged views on intensifying and broadening bilateral cooperation between Pakistan and Japan and recognised the need for stronger collaboration for the promotion of international peace and security, the officials said.

The seventh round of Pakistan-Japan security dialogue was, meanwhile, held at the Foreign Office. The Pakistani side was led by Imtiaz Ahmad, Special Secretary (Asia Pacific), while Shigeki Takizaki, Director General, Southeast and Southwest Asian Affairs Department, Ministry of Foreign Affairs of Japan, led the Japanese side.

“The two sides exchanged views on security policies and regional as well as global issues. The security situation around Pakistan and Japan was also discussed,” the Foreign Office said, adding that the special secretary also briefed the Japanese side on Pakistan’s relations with neighbouring countries and highlighted efforts in the fight against terrorism.