England cricket team defeated India on Sunday and ended their unbeaten streak at World Cup 2019 to keep themselves alive in the semi-finals race. However, the Indian loss has not gone down well with the Pakistani fans who have accused India of losing the match deliberately. 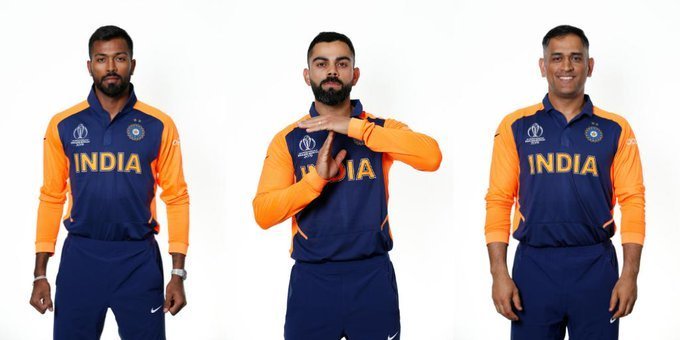 England had put a 338-run target for India, but the Virat Kohli-led team fell 31 runs short in the chase to spice up the semi-finals race. Prior to the game, social media was abuzz with Pakistani fans tweeting in support of their arch-rivals India as had they beaten England, Pakistan would have to just win their last game against Bangladesh to see themselves in the last four.

However, after England’s win, the probability for Pakistan’s qualification has taken a huge blow. Pakistan are currently placed at 5th spot on the points table with 9 points and for them to reach the semi-final, England must lose to New Zealand in their last game or India must lose both their remaining games by huge margins.

Rohit Sharma and Virat Kohli worked towards a slow and steady 138-run partnership for the third wicket. Rohit smashed his 3rd World Cup hundred while Kohli hit his 5th consecutive fifty. The chase was tough, but Hardik Pandya’s cameo still kept the hopes alive for India.

But a slow approach from MS Dhoni and Kedhar Jadhav took the match away from India. Pakistan netizens were quick to criticize Dhoni and Jadhav accusing the duo of making no attempt in last five overs to chase the target.

As Dhoni finished with 42 off 31 balls while Jadhav remained unbeaten on 12 in India’s losing cause, Pakistan fans criticized the two batsmen for making the semi-final qualification next to unrealistic for Pakistan.

Previous articleWhy Did Vladimir Putin Say – Liberalism Had ‘Outlived Its Purpose’?
Next articlePakistan Deeply Concerned By ‘Justice For Balochistan’ Banners During World Cup