Pakistan Foreign Minister Shah Mehmood Qureshi says he has written a letter to UN Security Council asking it to convene a special meeting to discuss the illegal steps of India to change the status quo in Kashmir.

In a video message, he said the letter has been forwarded by Pakistan’s Permanent Representative to the United Nations Maleeha Lodhi.

He said Pakistan deems that Indian actions have jeopardized the regional as well as global peace. He said it is India’s wrong thinking that it can crush the right to self-determination of Kashmiris. 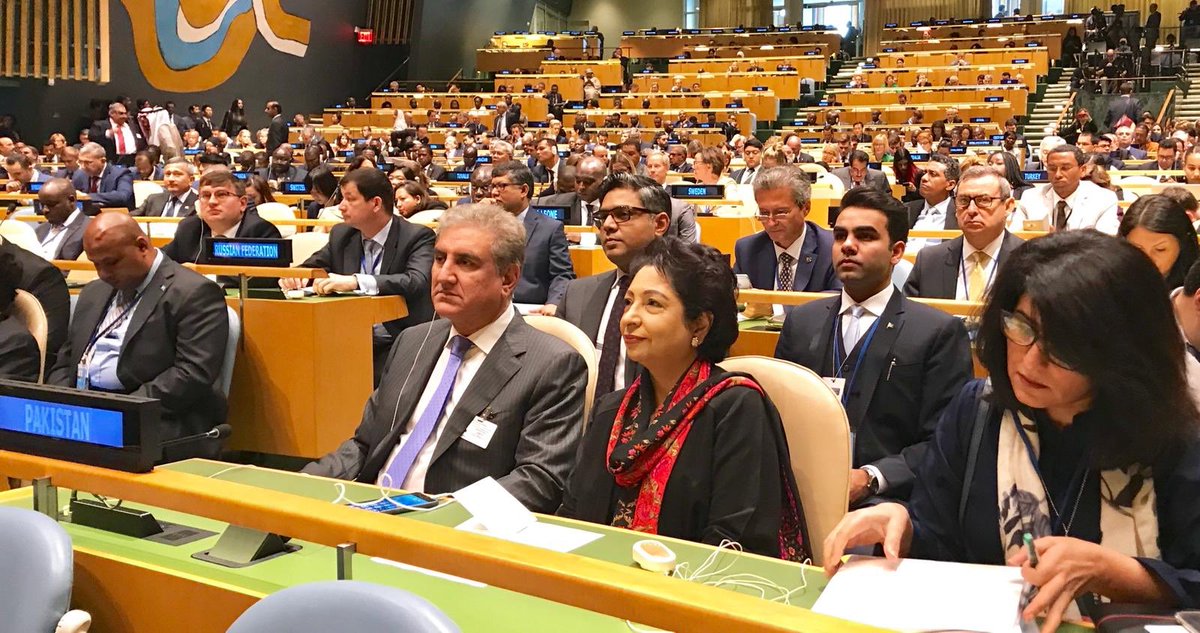 Shah Mehmood Qureshi said if seven hundred thousand Indian troops deployed in Jammu and Kashmir for decades could not defeat the freedom struggle of Kashmiris, the reinforcement of one hundred and eighty thousand troops will also fail.

Qureshi said he also mentioned in the letter that India is planning a new massacre of Kashmiris in the held territory and if New Delhi thinks Pakistan and Kashmir people will bear it silently, it will be a grave mistake.

He expressed concern that India might stage another Pulwama like incident in order to divert international attention from the situation in Kashmir. The Minister said Pakistan will go to any extent for defence of motherland should India resort to any misadventure.

The Foreign Minister said Kashmiris must remember that Pakistan stands with them and is ready to go to any extent for them.   Meanwhile, Foreign Minister Shah Mehmood Qureshi says increasing incidents of Islamophobia can become a threat to peace and stability of the whole world.