Pakistan On A Suicide Mission: After Straining Ties With Arab World, Now Its Europe’s Turn

As cracks start to appear in Pakistan-Arab relations, Islamabad has now ramped up its criticism against the European nation, France.

This time it is Pakistan’s Minister for Human Rights who compared the treatment of Muslims in France with the Jews in Nazi Germany, in a tweet. However, after Paris called for condemnation and retraction of the statement, the tweet was later deleted.

France has been making headlines after it decided to republish controversial cartoons of Prophet Mohammed, which has been slammed by Muslim countries around the world.

The outrage led to several violent attacks including the beheading of a French teacher Samuel Paty, in Paris for allegedly showing cartoons of Prophet Mohammad in one of his classes.

Sharing an article, Mazari’s tweet said: “Macron is doing what the Nazis did to the Jews- Muslim children will get ID number (other children won’t) just as Jews were forced to wear the yellow star on their clothing for identification.”

Read link 4 source of story – if fake then get retraction of story published which I gave as link @FranceinPak instead of calling my tweet "fake"! Btw why are nuns allowed to wear their "habit" in public places but Muslim women not their hijab? Discrimination, n'est ce pas? pic.twitter.com/C7ApMN92EJ

The French Embassy in Pakistan issued a statement against Mazari’s tweet calling the IDing of Muslim children as fake news. “These despicable words are blatant lies, loaded with an ideology of hatred and violence,” said the statement. “Such slanderous comments are disgraceful at such levels of responsibility. We reject them strongly.”

Mazari’s tweet was supported by an article that was found to be incorrect. It was later corrected to show that not just Muslim children but all children will be given an identification number.

An earlier version of this article incorrectly stated that ID Numbers would be exclusively for Muslim children in France. This has been amended to reflect the fact that the draconian measures within the bill will be in place for all children..(continued) https://t.co/DJRq1tGiMJ

Mazari then tweeted a message sent by the French Envoy informing about the clarification and asking for a retraction of the controversial tweet.

The French Envoy to Pak sent me the following message and as the article I had cited has been corrected by the relevant publication, I have also deleted my tweet on the same. pic.twitter.com/mgOS5RFYwm

Earlier, Pakistan’s Prime Minister Imran Khan criticized French President Emmanuel Macron saying that he has chosen to encourage Islamophobia by attacking Islam rather than the terrorists who carry out violence, be it Muslims, White Supremacists, or Nazi ideologists.

“Sadly, President Macron has chosen to deliberately provoke Muslims, incl his own citizens through encouraging the display of blasphemous cartoons targeting Islam & our Prophet PBUH.

Pakistan’s parliament passed a unanimous resolution to recall its envoy to France after Macron defended the publication of the controversial cartoons. 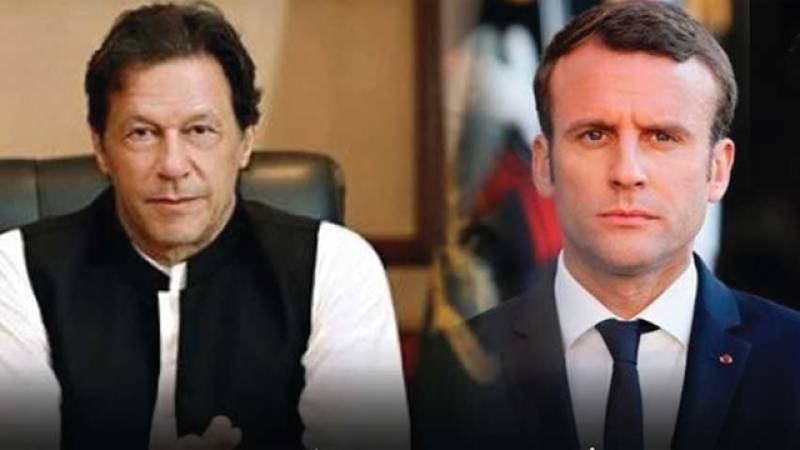 Following the outrage in Pakistan and other Muslim countries, Marine Le Pen, French politician and lawyer serving as President of the National Rally political party tweeted against the “ultra-violent demonstrations” calling for a “moratorium on immigration” from Pakistan and Bangladesh in the name of national security.

Before this showdown with France, Pakistan has managed to strain its amicable relations with Middle Eastern nations. Despite several efforts, Islamabad failed to receive any support from Saudi Arabia on the Kashmir issue. At the Organisation of Islamic Cooperation (OIC), Riyadh turned down Pakistan’s request to convene a session.

Angered over Pakistan’s pressure to support its Kashmir stance, Riyadh withdrew a $1 billion interest-free loan it had extended to Islamabad and also refused to renew a deferred oil payments scheme, which was meant for easing their import bill.

Over the years, Saudi Arabia and Pakistan have enjoyed fruitful relations with Riyadh extending financial aid and oil supply to Pakistan.

Not just Saudi Arabia, but Pakistan is now in a tough spot with the United Arab Emirates (UAE) as well. After UAE and Israel signed the peace deal, brokered by Washington, Pakistani Prime Minister Imran Khan had refused to establish any ties with Israel until the Palestinians get their rights.

“Our stance is very clear from day one and Quaid-i-Azam Muhammad Ali Jinnah had said Pakistan can never accept the state of Israel until the people of Palestine get rights and state,” he said in an interview with a new channel, as per a report in The Express Tribune.

As a long-standing foreign policy, Islamabad has supported the Palestinian cause and never established relations with Israel. However, with the UAE in the picture, Islamabad has a tough road ahead.

Avoiding Battles! Why Indian Navy Has Been ‘Shying Away’ From Using Its Aircraft Carriers In Major Conflicts?